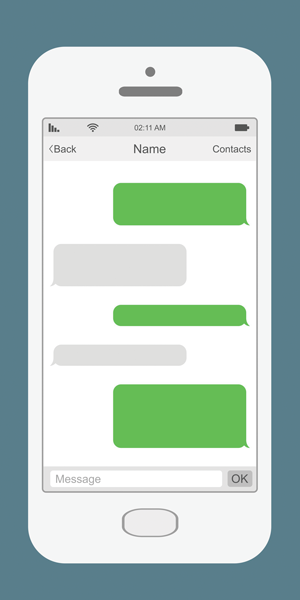 On a summer morning near Chappaqua, New York, in 2011, Evan Lieberman, 19, was carpooling with co-workers when the driver collided with another vehicle. Five occupants between the two cars were sent to the hospital.

After 32 days of intensive care and multiple surgeries, the teenager died.

His father, Ben Lieberman, filed a civil suit against the driver of Evan’s vehicle, whom police did not charge. While the driver said he had dozed off, Lieberman thought there was more to the story. In the wrongful death suit, he subpoenaed the driver’s cellphone records to see whether the phone’s use was a contributing factor in the crash.

“What we learned is that police don’t really look at phones at all,” says Lieberman. While the police did not examine the driver’s phone, the records showed that the driver used his phone minutes before the crash. The case settled in 2013 for an undisclosed amount.

Through this emotional experience, Lieberman co-founded Distracted Operators Risk Casualties, a nonprofit advocacy group that supports a bill in the New York Assembly that would allow police to analyze a driver’s phone without a warrant after a car crash to see if prohibited use had occurred. Deborah Becker is his co-founder; her son was the front-seat passenger in the head-on collision that caused Evan’s death.

Colloquially referred to as the “textalyzer” bill, it has been heralded as both a commonsense solution to the pervasive problem of distracted driving and derided as an infringement of constitutionally protected privacy rights and due process.

Like breath-test laws, the bill uses implied consent, which is given by anyone merely driving on the roads of New York or in possession of a state driver’s license, to justify the search of the phone. The technology, which has yet to be developed, would not collect the call’s content, text messages or social media posts but instead gather metadata, which shows that a call or message occurred. Tools that can collect a phone’s content already exist. Drivers who refuse to hand over their phones risk their license or driving privileges, which “shall be immediately suspended and subsequently revoked,” says the draft legislation.

According to Distraction.gov, an official U.S. government website, distracted driving occurs when an activity diverts a person’s attention away from the primary task of driving. It includes activities such as tooth brushing and text messaging.

Concerning the impetus for the New York legislation, the 2011 National Occupant Protection Use Survey on Driver Electronics Use found that at any given daytime moment, 660,000 drivers, or 9 percent, operate a vehicle while using an electronic device. In 2014, 3,179 fatalities and 431,000 injuries happened nationwide that involved distracted driving, according to the site.

Police Chief Charles Ferry of the New Castle Police Department in Chappaqua is a proponent of the textalyzer bill. He says these numbers are underreported. “It’s very hard for officers to identify if a cellphone is a contributing factor in a crash,” says Ferry. Collecting better data is one reason he supports the legislation.

The bill also aims to create increased police access to people’s phones. Jay Shapiro, a partner at White and Williams in New York City, says the current process for a district attorney to subpoena a phone company can take anywhere from two to 30 days. He calls this “not practical,” because not enough time exists to legally track down each driver’s phone from every car crash. If textalyzing became law, then there would be no need for a warrant to collect metadata at the scene. However, police and prosecutors still would need a warrant if they sought the phone’s content, barring exigent circumstances.

Currently, Lieberman and others have spoken with technology companies such as Cellebrite about creation of this tool. According to Lieberman, the Israel-based company says it can build the tool. The company already sells a mobile device that allows law enforcement to collect information from a phone. However, Cellebrite, like any interested company, would have to bid for the contract should the bill become law. The company did not return a request for comment.

While the bill’s proponents see this as a way to bring awareness to distracted driving, privacy advocates take a different view.

“Our position is that the technology in question should always require a warrant,” says Erika Lorshbough, legislative counsel at the New York Civil Liberties Union. Requiring a warrant, she says, is to protect the “sacred” and immense data housed on cellphones.

In 2014, the U.S. Supreme Court affirmed heightened Fourth Amendment protections for cellphones in its unanimous decision in Riley v. California. The court held that police are required to obtain a warrant when searching a cellphone, unless exigent circumstances exist.

Lorshbough says two exigencies exist in a DUI case that are not reflected in a distracted-driving crash. The first is that the body will metabolize the alcohol. If a field sobriety test is not done, the evidence will disappear. Second, there is a public safety interest in not letting drivers back into their cars if they are intoxicated.

Referring to Riley’s application to the textalyzer bill, Shapiro says that the bill “only has to do with use; Riley doesn’t talk about use,” as opposed to searching a phone’s content. He goes further to say “a lesser expectation of privacy in a vehicle” exists, and this lowered standard should apply to the textalyzer’s application.

The dichotomy Shapiro draws between content and use is part of a larger debate about whether metadata deserves the same protections as does the content of our communications.

“There’s no explicit content in metadata, but metadata can be used to infer features of someone’s life,” says Patrick Mutchler, a PhD candidate in computer science at Stanford University and co-author of a new study that shows how telephone metadata can make sensitive presumptions about an individual.

Armed with an outgoing phone number and call duration, coupled with a search of online databases such as Yelp, the study was able to correctly infer whether someone owned an AR semiautomatic weapon or had a chronic health condition. The study concludes: “Our results lend strong support to the view that telephone metadata is extraordinarily sensitive, especially when paired with a broad array of readily available information.”

“A lot of people don’t care about their metadata, and that’s so troubling,” says Todd Carpenter, executive director of the National Information Standards Organization in Baltimore. Metadata, he says, “is astoundingly robust.”

To this end, Lieberman says the bill tries to balance “public safety versus privacy.” The bill itself has no stated data retention or data use standards. If the bill became law, the New York Department of Transportation and other agencies would create rules and regulations as necessary.

The New York Assembly’s general session wrapped up in June without passage of the bill. However, this first-of-its-kind legislation has drawn worldwide attention. According to Lieberman and Democratic assembly member Felix Ortiz, the bill’s sponsor in the Assembly, advocates and politicians from Brazil, Florida, Germany, Israel and Paris have reached out to discuss similar proposals.

Vijay Dixit of Eden Prairie, Minnesota, lost his daughter to a distracted driver in 2007. Since then, he retired early from business management consulting work to advocate for stricter rules regarding distracted driving. Regarding the New York legislation, “it’s a no-brainer,” says Dixit. He has started to circulate copies of the legislation among Minnesota’s legislators and expects that a version will be taken up next year in St. Paul.

As for the future of the New York bill, Ortiz says they are not done fighting. Anticipating a special session later this year, he says they will keep on the pressure to pass the bill to “bring self-awareness … to drivers” and “make them more responsible.”

This article originally appeared in the October 2016 issue of the ABA Journal with this headline: “Checking Texting: New York considers ‘textalyzer’ bill that allows police to learn whether drivers in crashes were texting behind the wheel.”