Noelle Alix was working with Nick Sinacori—an employee who always has a “perma-smile” on his face—one day at BeanZ & Co. when he said he couldn’t wait to go to bed.

When Alix asked him why, he told her it was because then he could wake up and come back to the café the next day.

“I remember thinking, ‘Oh my God, if we all felt that way about our jobs,’ ” she says, laughing.

Fortunately for Alix, she does feel that way. In December 2018, the Vinson & Elkins counsel teamed up with longtime friend Kim Morrison to open BeanZ & Co. and provide jobs to individuals with intellectual and developmental disabilities (IDD) in Avon, Connecticut.

Both Alix and Morrison have adult daughters with Down syndrome and have watched them struggle to get job interviews, let alone offers. It’s a problem that Alix says is common: Using data from Special Olympics and other organizations, she calculates that an estimated 80% of adults with IDD are unemployed or underemployed. 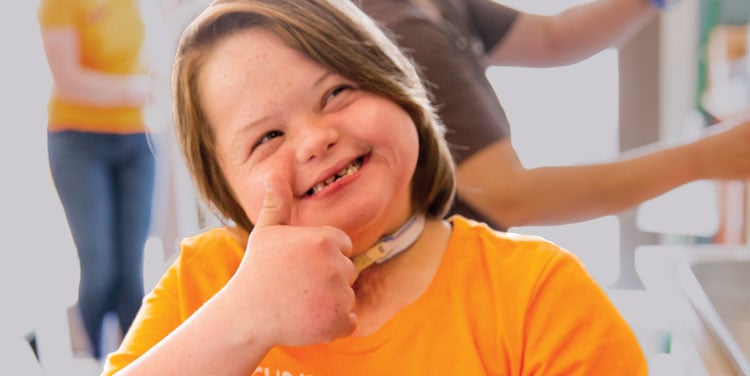 “We talked all the time about how there was really no world waiting for them and all the other people in the community who come out of the school system,” Alix says. “There is this whole population of people, including a lot of individuals with autism, and there is no place for them.”

BeanZ & Co. now has nine employees with IDD and nine without IDD—an intentional move by Alix and Morrison to make the café inclusive. In a short time, these employees have expanded their social networks, gained self-confidence and formed their own community.

Alix and Morrison want to inspire other employers to follow their lead, and so far, it is working. Several customers who own or manage local businesses have told them they also want to create positions for individuals with IDD. “The more our employees are out in the community and other employers are seeing them and seeing what’s possible, I just really believe that is how change will happen,” Alix says.

A place to grow

Alix started her career in project finance at Dewey Ballantine in New York City after graduating from Albany Law School in 1992—which is also when she first joined the ABA. After having three children—including Cate, her daughter with Down syndrome—within four years, she decided she couldn’t continue in BigLaw.

Her family moved to Simsbury, a suburb of Hartford, Connecticut. A few months later, Alix got a phone call from her former colleague and mentor, Karen Smith, who joined Vinson & Elkins to start its finance practice in New York City. She asked Alix to come interview at the firm.

Despite living three hours away, Alix was hired on an arrangement where she worked remotely from Connecticut and traveled to the firm’s office when needed. 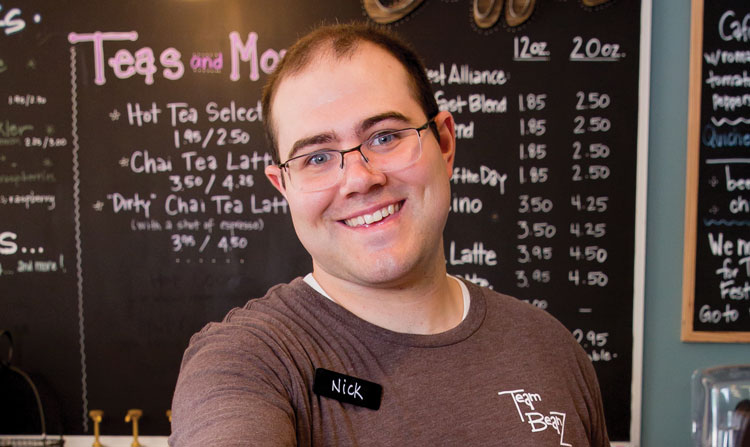 “Back in the day, that was an unheard-of arrangement,” Alix says. “But they were all in as far as accommodating me to be able to do this.

“I don’t know why I got so lucky, and my view was at the time—and still is—if they are going to accommodate my needs, I will do whatever I can to be 100% available.”

Smith contends that Vinson & Elkins also benefited from the work arrangement, especially since Alix was a meticulous lawyer who made herself available to assist with work in their new group.

“Even when Cate was younger and in the hospital from time to time, Noelle would call me from a hospital room, a waiting room, from everywhere, even if it wasn’t really essential, because she was diligent and part of the team,” Smith says.

During her early months in Connecticut, Alix joined a group for moms who had children with Down syndrome. She met Morrison, whose daughter Megan was one year younger than Cate and also spent a lot of time in the hospital. 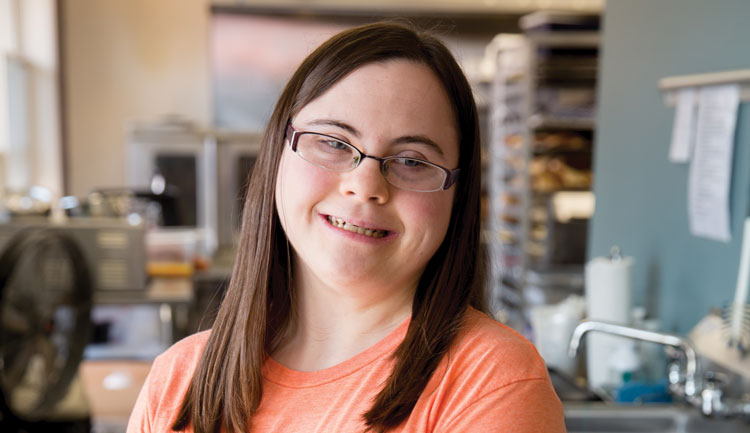 Alix and Morrison supported each other through the years and thought becoming business partners at BeanZ & Co. would be a natural fit.

Morrison, who co-owns the New England Pasta Company in Avon, already had space for the counter-service café. They were also supported by the Be Thoughtful Movement, a local nonprofit that helped them raise funds to buy new equipment and adapt it for individuals with IDD.

“It is such an awesome balance of abilities between the two of us,” Morrison says. “I can’t imagine doing this with anyone else.

“I know how busy she is as a lawyer, but to have her here and talking to the community is so important. I know she loves it.”

‘One employee at a time’

Since BeanZ & Co. opened, Alix spends her Saturdays taking orders, making lattes and cleaning tables with her employees. She also lends a hand during the week in her free time. “I used to think I was really busy, and now I know what really busy is,” she says. “But I love being there. I guess that’s when you know it’s the right thing because you never feel bogged down by the extra work.”

BeanZ & Co. helps the New England Pasta Company cater community events and recently expanded into catering and staffing its own events. After the café’s employees prepared and served appetizers at their first party, one of its attendees came in the next day and asked to book their services.

Alix thought she and Morrison would train their employees, help them develop new skills, and they would move on to other jobs. But, she says, since not many want to leave, they are working on ways to create more positions at the café.

Cate now works four days a week as an office assistant at Mintz + Hoke, a nearby advertising agency that also wanted to support the advancement of individuals with IDD. Alix hopes that other employers who have no experience with individuals with IDD realize that there are job coaches and other sources of support to help them accommodate employees who have special needs.

She says her motto is “one employer, one employee at a time.”

“BeanZ can only employ so many people, but you don’t need to start a business to provide employment opportunities for people with disabilities,” she says. “There are plenty of employers out there already.”

This article ran in the February-March 2020 issue of the ABA Journal under the headline:”Vision for Success: Noelle Alix’s Connecticut café employs individuals with disabilities”