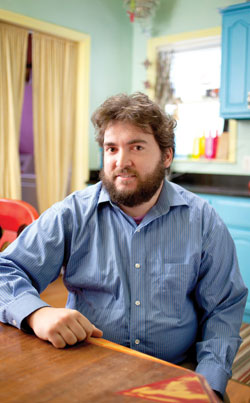 When a male associate sued his former law firm in December alleging a “macho” culture and claiming the firm retaliated against him for taking paternity leave, Joan C. Williams wasn’t surprised.

“I’ve been waiting for this case for five years—[it was] clearly coming,” says Williams, founding director of the Center for WorkLife Law at the University of California’s Hastings College of the Law in San Francisco and co-founder of the Project on Attorney Retention. “If you talk to young people in law firms, they don’t take parental leave, it’s not done. … [Often] men are sent … very clear unspoken messages that they are not to do this.”

Ariel Ayanna says in his complaint (PDF), filed in the U.S. District Court for the District of Massachusetts, that he received the message from Dechert’s Boston office, particularly after his second child was born and he took time under the federal Family and Medical Leave Act to care for his children and mentally ill wife.

According to the complaint, Ayanna was derided for taking on a traditionally female role—and he says the firm retaliated after he took leave, withholding work and eventually firing him four months after his return from FMLA leave.

The complaint states that “two of the top and most senior associates in Ayanna’s group, both of whom later became partners … regularly bragged about how little time they spent on family obligations.”

The case comes amid growing awareness that men are a critical piece of the work-family discussion, a point underscored by what Williams calls a “profound shift” in attitude, particularly among younger men who want to take a more active role in caregiving. Williams is not involved in Ayanna’s lawsuit.

“What’s interesting is we now have gender wars among men,” says Williams, author of Reshaping the Work-Family Debate: Why Men and Class Matter. The clash is often a generational one, she says, with older men defining masculinity as being a “provider father” and younger ones shifting toward a “nurturing father” paradigm.

“Work-family conflict stems from pressures on men to be the ideal workers who have someone else taking care of the kids,” Williams says. “When a woman doesn’t have that, people might not think she’s partnership material, but she’s a good woman. But a man—he’s not partnership material and, by the way, who wears the pants?

“I’ve talked to people who were called wusses for asking for part time or taking leave.”

The bottom line, experts say, is that these issues affect both genders.

Ayanna’s case is “very important, even from a feminist perspective,” says Ayanna’s attorney, Rebecca Pontikes of Pontikes & Swartz in Boston. “The equation about why women get put into this role has two sides to it, and you can’t just pay attention to one side and not the other.”

The issue, of course, extends beyond law firms: Lawsuits filed by caregivers have increased almost 400 percent in the past decade, according to a 2010 Center for WorkLife Law report (PDF).

Williams says men account for only about 10 percent of caregiver discrimination cases, but that may be further evidence of deeply ingrained stereotypes. “Most get the message and don’t sue for the right,” she says.

But there is evidence of change. Some law firms “completely get it,” Williams says, adding that young male attorneys are starting to take advantage of parental leave and part-time work options. And in some places it’s already ingrained.

Among nonpartner attorneys at the firm, 23 work part time and eight of those are men. In early January, five attorneys were on paternity leave, and in the past five years, 34 have taken paternity leave. The firm is also not involved in Ayanna’s lawsuit.

“We view our maternity/paternity leave policies as integral components of successful work-life balance,” Stapleton says. “We have found it phenomenally effective in retaining and attracting attorneys. And it’s the right thing to do.”

In firms where this culture isn’t already ingrained, change usually starts when a few brave early adopters take full parental leaves and other men follow suit. Often, Williams says, those early adopters are men like Ayanna who do it because their wives are ill.

“Then all of a sudden there is a tipping point and everyone is expected to take parental leave,” Williams says. “But that tipping point has not happened in most places.”

Becky Beaupre Gillespie is a Chicago-based journalist who writes on work-life balance issues. Hollee Schwartz Temple directs the legal writing program at West Virginia University College of Law. They are the co-authors of Good Enough Is the New Perfect.