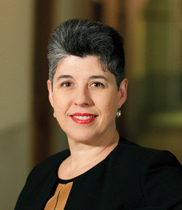 When attorney David A. Zetoony started hearing news reports a year or so ago about immigrants being defrauded by notarios—or notaries public, who are widely viewed in Hispanic communities as being essentially the equivalent of lawyers—he had an idea: Why not use consumer protection laws as a weapon to fight the problem?

After all, Zetoony reasoned, all the states have consumer protection laws —generally known as “baby FTC” statutes—that might allow private civil actions against notarios engaging in fraudulent activity, especially in conjunction with immigration matters. And statutes in 16 states—including Arizona, California, Illinois, New Mexico and Texas—specifically prohibit immigration consultants from holding themselves out as attorneys or engaging in other deceptive practices.

Zetoony began contacting immigration attorneys, who expressed interest in his idea but were reluctant to initiate such cases because they lacked expertise in consumer protection law. That caution helped explain why the baby FTC statutes had been used so sporadically against notarios. Zetoony’s research indicated that Texas is one of the few states that regularly applies its consumer protection statute to notarios. He decided the strategy was worth trying in some other jurisdictions, as well.

It turns out that Zetoony’s idea was a pretty good one. He and a fellow Bryan Cave associate, Daniel T. O’Connor, have successfully used consumer protection statutes to put two notarios out of business—one in Maryland and the other in Virginia—and they’re now pursuing another action against a notario in Washington, D.C.

In the meantime, they have teamed up with Catholic Charities in Washington to petition the Federal Trade Commission to consider its own enforcement initiatives against notarios. They also are working with the ABA Commission on Immi­gration to train attorneys and other advocates on how to bring consumer fraud cases against notarios and other immigration consultants.

“At our first training, 200 attorneys showed up,” says Zetoony. “One thing that became clear was that this problem is huge.”

ABA President-elect Stephen N. Zack says notario fraud demands more attention. “It’s an issue that’s been under the radar for a long time —far too long,” he said at a press briefing held in August during the association’s annual meeting in Chicago. Zack, a partner at Boies, Schiller & Flexner in Miami, is the first Hispanic-American elected to serve as ABA president. He will take office for a one-year term starting in August 2010.

In 2008, the Immigration Commis­sion launched Fight Notario Fraud, a project to educate immigrants about how to identify and avoid fraudulent activities by notarios, and where to get help if they have been defrauded. The commission also is awarding educational grants to organizations working at ground level in immigrant communities.

“We have on our website materials from cases all over the country” and an e-mail discussion group “so people can communicate about the problem,” says Claire R. Trickler-McNulty, a staff attorney for the commission. “We also have a pro bono matching project. If people have been victimized, we tell them where to report it and, if possible, refer them to a pro bono attorney who may take their case.”

In the United States, the legal duties of the notary public are restricted to such tasks as witnessing signatures and certifying the validity of documents. But in Latin Amer­i­can countries, notarios publico receive extensive legal training and provide a range of legal services.

The problem is that many immigrants to the United States fail to realize that notarios don’t have the same standing here that they do in other countries. And many notarios, whose signs are common in the business districts of Hispanic neighborhoods in U.S. cities, do nothing to dissuade their customers, or they simply overstep their bounds in efforts to be helpful.

But the result is the same: signi­ficant damage to an immigrant’s efforts to secure a legal status that will allow him or her to remain in the United States.

“There are notaries engaged in a business for profit—and they have very ambiguous titles on their business cards or storefront windows—who clearly, clearly know they’re engaged in practicing law without a license,” says Carlina Tapia-Ruano, the founding partner of Tapia-Ruano & Gunn, an immigration law firm in Chicago. She is a member of the ABA Immigration Commission.

And sometimes good intentions can’t keep harm from occurring, Tapia-Ruano says. “Many notaries work in their community and do have the intention and motivation to help that community,” she says. “They claim all they’re doing is filling out forms for much less than attorneys would charge. But as a result of their ignorance, they commit mistakes that prejudice people horribly.”

A PROBLEM WITHOUT BORDERS

Immigration fraud is not confined to Hispanic communities. “In the Hispanic community, it’s a notario. In the Arab-American community, signs just say ‘immigration ex­pert’ or ‘immigration,’ ” says Abed A. Ayoub, a legal adviser at the American-Arab Anti-Discrimination Committee in Washington, D.C. “People assume this person is an attorney, calling him muhamin, or attorney, in Arabic,” says Ayoub.

Detroit is home to the largest Arab-American population in the United States. As the city’s economy worsened over the past few years, “people couldn’t afford to pay attorneys’ fees anymore,” Ayoub says. “Shops popped up all over charging $400 to $500 instead of the $1,500 attorneys would charge” for handling immigration matters. “They’re just factories,” he says. “There are 20 to 30 people sitting in a waiting room, and six to seven college kids take information and fill out the forms. When they’re faced with complicated matters, they don’t have the expertise.”

Some operations don’t target any particular ethnic group. They simply create the illusion, often through a slick and official-looking website, that they are U.S. government agencies.

Anna and Nikola Vukmanovic of Atlanta stumbled onto one of those—the U.S. Immigration Center—believing it to be an office of the Depart­ment of Home­land Security. Anna is a Russian immigrant and Nikola is from Croatia. Both are legal U.S. residents, but Nikola never received an actual green card because he missed the fingerprinting appointment when he returned to Croatia for his mother’s funeral. They contacted the U.S. Immigration Center, based in Colorado Springs, Colo., for help obtaining his green card and for both of them to apply for U.S. citizenship.

The Vukmanovics paid the U.S. Immigration Center $990 and got three forms that they could have downloaded free off the Homeland Security website. After they realized they’d paid handsomely for free materials, they complained to the Colorado attorney general’s office, which brought an action under the state’s consumer protection act against the company and its operator, Charles Doucette. The company halted operations after a preliminary injunction was issued, and trial has been scheduled for May, according to Libby DeBlasio, a Colorado assistant attorney general. Meanwhile, Nikola learned that he only had to appear at a real Home­land Security office and pay the minimal fingerprinting fee to complete the green card process.

“When I started writing complaints, I thought, ‘I’m never getting my money back, but I’m not going to let this go,’ ” Anna Vukmanovic says. “There are thousands of other people who won’t complain because they wouldn’t know where to complain, and there are a lot of people who lost money and screwed up their legal status. It’s sad.”

Zetoony agrees that notario fraud is an underreported problem. In some cases, he says, “immigrants fear they’ll get deported when they report this. It’s hard to get people to come forward when they don’t understand who’s their friend or foe.” But in other cases, he adds, immigrants may not even realize they’ve been defrauded.

Yet there are signs that the campaign against immigration fraud is having an effect. “We’ve been providing information to our community about what you should look for before you pay someone for information,” says Ayoub, whose organization received an ABA grant to educate Arab-Amer­icans about the issue. “We’ve seen an increase in phone calls from people with questions about procedures, processes and what they should expect with immigration services. More people are doing their homework.”