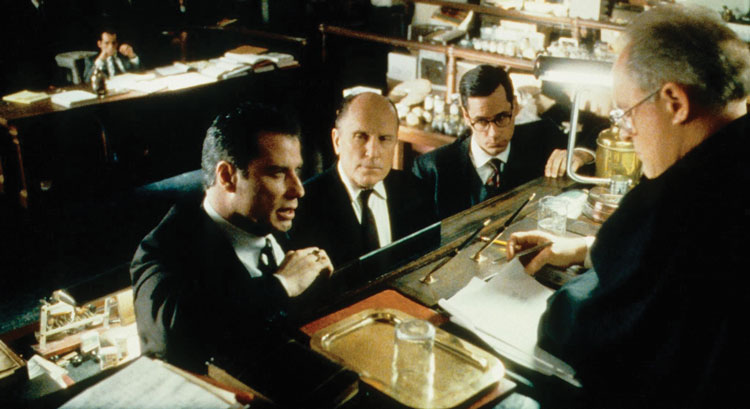 When genes are turned off due to chemical exposure, they can’t direct the manufacture of proteins essential for healthy cell function. Chemicals can also cause chromosomes to uncoil and genes to “express” or be “turned on,” when they otherwise might have remained dormant. Dan’s brain chemistry had been altered on a cellular level by his exposure to the toxins used to resurface the gym floor, causing his onset of ALS at a tragically young age.

In his 2015 textbook, Mammalian Toxicology, he cites statistics that should terrify us all, like this one: “In 1900, U.S. chemical consumption was less than 100 million metric tons, but by 2000, this had increased to more than 3.3 billion metric tons.”

In his estimation, there are over 5 million man-made chemicals, of which only 70,000 are in commercial use today, with many more to come. The isocyanates that Dan was exposed to were also linked to thousands of human deaths in 1984 after the explosion of a chemical plant in Bhopal, India, owned by the Union Carbide Corp. Yet somehow this chemical is still finding its way into our everyday products.

With my experts on board, I had the scientific support necessary to prove this case. Next, I needed legal boots on the ground in Massachusetts to walk the case into the courtroom. I recruited Michael Hugo, a well-known attorney who had been a partner of Jan Schlichtmann in the now-closed law firm of Schlichtmann, Conway, Crowley and Hugo. 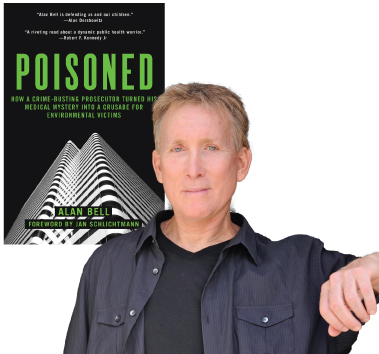 Alan Bell and his book, “Poisoned.” Photo courtesy of moviestillsdb.com and Alan Bell.

This firm had successfully won compensation for victims of a toxic chemical spill in Woburn, Massachusetts. The case was dramatized in the best-selling book and film A Civil Action, with John Travolta, Robert Duvall and James Gandolfini starring in the movie.

The case eventually nearly bankrupted Schlichtmann, the lead attorney. In the eyes of many, this outcome served as a cautionary tale depicting the risks inherent in pursuing complex environmental injury cases.

I didn’t care either way because Schlichtmann had won, and I would, too. (Bell was admitted pro hac vice and was co-counsel in the case.)

During the trial, my team presented solid evidence that most human disease and death is the result of the interaction between our genes and environmental exposures. In Dan’s case, the disease was a horrific one that vastly reduced his life span.

Dr. Ratner believes Dan had a predisposition to develop ALS, which made him more sensitive to chemicals. She noted, “Genetic predispositions and past insults to the body, including previous chemical exposures, can make a person hypersensitive to future chemical exposures, which in turn can exacerbate or unmask latent liver, kidney or neurological disorders like ALS.”

When filing a toxic tort lawsuit, case law requires that the claim be based on science generally accepted by the scientific community. This is called the Daubert standard, the standard used by trial judges to determine whether an expert’s testimony is based upon scientifically valid reasoning or methodology.

This standard has been the subject of intense criticism over the years. Plaintiffs attorneys claim this restriction bars many worthy claims by disallowing juries to hear cases and denying victims their day in court.

The legal team representing the chemical manufacturing company tried to get Dan Allen’s case thrown out of federal court using the Daubert standard, claiming our case wasn’t based on sound science. Dr. Ratner’s testimony was critical to our case because it logically connected the dots.

Up until that point in the legal arena, ALS was thought to be purely genetic. Now, together with my local legal counsel and experts, we were attempting to prove in court for the first time that chemical exposure can trigger the onset of ALS. The Dan Allen case would potentially break new ground. (See Dr. Ratner’s report, “The Allen Case: Our Daubert Strategy, Victory,
and Its Legal and Medical Landmark Ramifications”)

On Sept. 24, 2008, U.S. District Judge F. Dennis Saylor (of the District of Massachusetts) handed down his decision regarding whether the testimony of Dr. Marcia Ratner and other experts could be heard
by a jury. The testimony of Dr. Ratner was allowed, as well as
that of Dr. Christine Oliver, an assistant clinical professor of medicine
at Harvard Medical School, who concluded that Dan Allen had sporadic ALS.

When the judge ruled in our favor, saying we could proceed to a jury trial based on the science involved, the chemical company panicked. They knew the floodgates were open, not only to our lawsuit but for many more to follow. We had shown in court that chemicals can trigger the onset of a previously dormant disease.

Sadly, by then, Dan had died of the disease, causing heartbreak for Laura and a deep sorrow among all of those who knew and loved this amazing man. The only thing we could say to comfort his family was that we had won the decision, which meant the defense knew their chances of winning at trial were dismal.

Testimony from a sympathetic widow, combined with powerful evidence that the chemicals Dan was exposed to caused him to die long before his time, would smash their case to bits. The defense opted to seek a settlement. The case settled in 2009.

For the Allen family, and for us, too, it was a bittersweet victory. While the case broke new legal ground and exposed the truth behind what had really happened to Dan Allen, it couldn’t erase the pain and suffering he and his family had endured.

I was left feeling both triumphant and grief-stricken, but I vowed to keep fighting for those who needed me.