On Call: New 24-Hour Service Offers Access to an Attorney in 15 Minutes 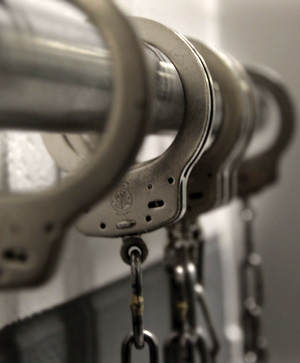 Sending your child off to college this fall? Then you might want to think about subscribing to LawyerUp, a 24-hour legal dispatch service.

At least that’s the pitch of Christopher Miles, LawyerUp’s co-founder. His Easton, Conn.-based company promises to find a quality lawyer in 15 minutes for people who find themselves in a jam.

For a nominal monthly fee or a pay-in-a-pinch plan, the company gives its subscribers a toll-free number for LawyerUp’s round-the-clock lawyer dispatch service. The company promises to have a prescreened lawyer working on the case within 15 minutes. An app also is available for smartphones.

Miles says the idea behind LawyerUp is that many people, even those who deal with lawyers regularly, may not know whom to call if they are arrested. Even worse, they may not be able to reach anyone.

“They want to know that they are getting someone much better than what they can get from picking out a random name of a lawyer in a phone book,” he says.

To date, the service is only available in Connecticut, Massachusetts and Rhode Island. Since April, more than 700 people have signed up, of which more than 600 are college students, says Miles, who wants to expand nationally.

Recent publicity about the service has prompted attorneys from across the country to ask to be part of LawyerUp’s pool of attorneys, Miles says. The challenge for him is to make sure the lawyers are experienced, competent and ethical. LawyerUp’s general counsel interviews each lawyer applicant. LawyerUp applicants also must be in good standing with their state bar and have malpractice insurance. References also are required to be part of the service.

Indeed, Miles is aware that some may question whether an attorney willing to be part of a 24-hour pool is inexperienced. But Miles disagrees.

“It’s the kind of practice that doesn’t happen during business hours,” he says of criminal attorneys. “What kind of lawyer worth their salt would be willing to get up in the middle of the night? The good ones do.”