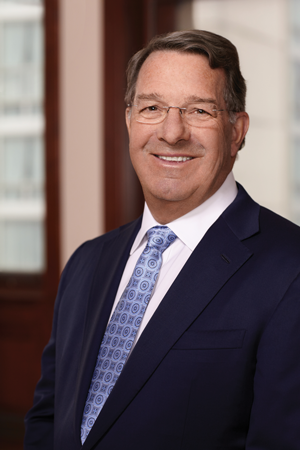 After months of preparation, you finally have the chance to try your case. The jurors follow you expectantly as you stand, take a deep breath and say—what?

What do you say? How should you say it? The answers to these questions are crucial to your entire case. A trial can be won or lost based on choices you make in your opening statement. It’s your first chance to frame the narrative, win the jurors’ sympathy and establish your own credibility.

Most of us know the basics: Tell a good story, weaving the evidence with themes that will resonate with the jurors’ common sense and life experience. But what’s the best way to do that? Bang on the table or shoot the breeze? Attack immediately or hold your fire? Most important, how do you connect with strangers who can’t talk back but will determine the fate of your case?

This topic is important enough to merit articles in two consecutive issues of the ABA Journal. And they follow a different format from a previous article I’ve written for the Journal about how to be an effective storyteller in court. I asked 11 of the most renowned trial lawyers in the United States to share their secrets to a great opening. Together, they provide an invaluable glimpse into the art of persuasion.

Here are their responses, in their own words, although slightly edited.

Philip Beck: Be a good teacher

Philip S. Beck tries commercial cases throughout the United States. His subject matter includes product liability, audit malpractice, commercial disputes and intellectual property. His noncommercial cases include the 2000 presidential recount litigation in Florida, where he represented George W. Bush, and a wrongful imprisonment case in which he obtained a $15 million verdict for a man who served 15 years in prison for a murder he did not commit. He is at Bartlit Beck Herman Palenchar & Scott in Chicago.

Most trial lawyers agree an opening statement should tell a story that provides the jury with an emotionally satisfying framework for evaluating the evidence. But what if the jury isn’t ready to listen to your story? This happens to defense lawyers all the time. After the plaintiff’s lawyer finishes her opening, you may be looking at a jury box filled with stern faces and crossed arms.

In such a case, I structure my story to calm the jurors down and overcome their initial hostility before getting into the meat of the dispute. I do this by going into “teaching mode” early in the opening.

For example, in a pharmaceutical case, I start with the disease the drug was designed to cure—how it diminishes the quality of life. Next is how doctors have tried to treat the disease over the years. The idea is that, in medical science, each advance carries with it some risks. The most recent advance will be my client’s efforts to develop a safer and more effective treatment.

I purposely get a bit “sciencey” in this discussion. I want the jurors to feel good about themselves for understanding the medical issues and to feel good about me for helping them understand. If they view me as the teacher, they are more likely to believe my story on the more controversial aspect of the case.

Another benefit of this approach is it supplies a villain and a hero that every good story requires. The villain is the disease. The heroes are people like my client, who labored to defeat the villain. It is heartbreaking that the plaintiff is one of the few people who experienced the medicine’s warned-against side effect, but that is no reason to punish a company that has bettered all our lives.

Evan Chesler: Deliver on your promises

Evan R. Chesler is chairman of Cravath, Swaine & Moore in New York City. He has broad experience in both trial and appellate courts, and has tried numerous cases in federal and state courts across the United States. He handles a wide variety of litigation, including antitrust, environmental, ERISA, general commercial, intellectual property, securities and shareholder derivative for clients across diverse industries. 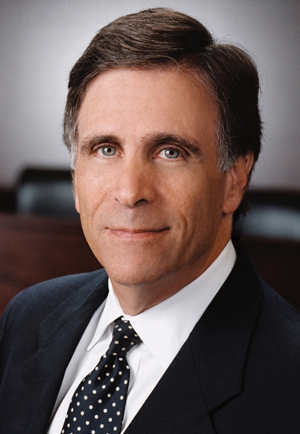 The opening statement is your first opportunity to talk to the jury (other than voir dire in courts where lawyers are permitted to question prospective jurors). First impressions usually matter. You should be direct, clear and an advocate without over-advocating. Openings are called “statements” rather than “arguments” for a reason. To be sure, you should preview the evidence as you want the jury to see it. But you should not argue your case; there will be a time for that in your closing.

Perhaps most important, you should promise the jury what the evidence will and will not show. As my 98-year-old mother is fond of saying, “A promise made is a debt unpaid.” In this case, you had better pay your debt.

There is a virtue in creating a circle that consists of the opening, the evidence and the closing: Commit to what the evidence will show, show it and then drive home the promise you have kept.

That leads to two fundamental principles that, I believe, should be true of all opening statements. I have already addressed the first: You must deliver on your promises. The second is that you must deal effectively with the best evidence against you. That is often a difficult thing to do. It may be that less is more, and that the best course is to say nothing. But that can be very risky. It is usually better to put the evidence into the context in which you want the jury to consider and then discount it. In either event, what you say—or don’t say—about the other side’s evidence matters a lot.

Finally, openings should faithfully observe the two rules of all litigation: First, never sacrifice your credibility; and second, never violate rule No. 1.

Patrick Fitzgerald is a partner at Skadden, Arps, Slate, Meagher & Flom in Chicago. His practice focuses on internal investigations, government enforcement matters and civil litigation. He served as the U.S. attorney for the Northern District of Illinois. 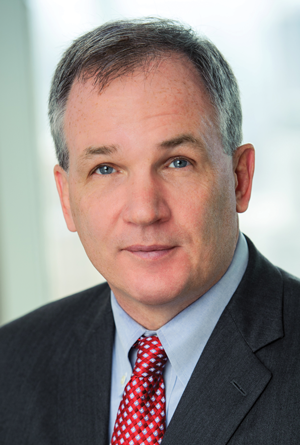 To draft an opening statement that works best for a particular case, you need to first set out what you expect will be your final clinching argument to the jury. In other words, know how you will close first. Although the opening statement cannot itself take the form of an argument, the opening needs to present a narrative that sets up that final argument, while laying out a very small number of key affirmative themes and anticipating key counterarguments.

The opening needs to be simple and understandable to a person new to the case. Yet it needs to stand the test of time throughout the trial, where nothing said at the outset will later be contradicted, and everything promised will be delivered.

The hardest part of the opening statement to write is often what I call the “nose cone”—those first few sentences that frame the case for the jury. In my experience, that is the part most often rewritten. In fact, the best opening lines are often borrowed from a colleague who hears a dry run of your opening and suggests a different—and better—opening line. For this reason and many others, it is important to do dry runs of your opening statements for people not steeped in the facts of the case.

The opening statement should be structured like a newspaper story. The nose cone is the headline that sums up the story, while the rest of the opening lays out the narrative in more detail, similar to the body of a newspaper article.

Finally, never set the bar too high. The evidence rarely comes in as well as you would like. As in many aspects of life, you would much rather promise less and deliver more than the other way around.

Lynn Haaland: Be a likable version of yourself

Lynn E. Haaland—senior vice president, chief compliance and ethics officer at PepsiCo in Purchase, New York—previously served as an assistant U.S. attorney in both the District of Columbia and the Eastern District of Virginia. In the Eastern District, she was deputy chief of the National Security and International Crime Unit, whose cases included terrorism, international drug trafficking, sanctions and cybersecurity. 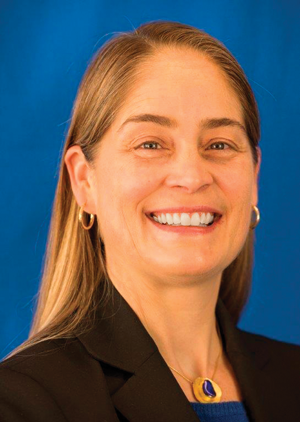 A coach once told me: “You can’t win a race at the start, but you can lose it.” Something similar might be said for the opening statement of a trial: You can’t win the case in your opening, but if you tell the story clearly and credibly, you can immediately get out ahead.

Tell the story of what happened with facts, not argument. While always being respectful of everyone in the courtroom, don’t be overly formal. People often advise a newer lawyer: “Be yourself.” But as you get more experienced, you realize that means you should communicate in an authentic, clear way that works for you, not that you put your whole self out there.

Try to be a straightforward, likable version of yourself. Talk to the jury as if you were speaking to a neighbor or a family member, and avoid legalese, jargon or language that is unnecessarily technical: For a prosecutor, for example, no “police speak” such as “He exited the vehicle.”

Be careful about themes: “This is a case about greed.” While themes can be helpful, sometimes the case is just about the facts—someone hit someone or someone sold drugs—and if you force a theme or state it too many times, it will sound corny.

Finally, especially if you represent the government or the plaintiff, don’t overreach or overpromise. You will lose credibility and possibly lose the race from the start.

Hallie Levin: Talk to the jurors, not at them

Hallie B. Levin is a partner in the business trial group at Wilmer Cutler Pickering Hale and Dorr in New York City. She handles a broad range of matters, including complex contractual disputes, business torts, sensitive employment matters, inte-llectual property and trade secrets, and internal investigations.

Here are three tips that I always bear in mind as I’m crafting (and relentlessly practicing) opening statements: 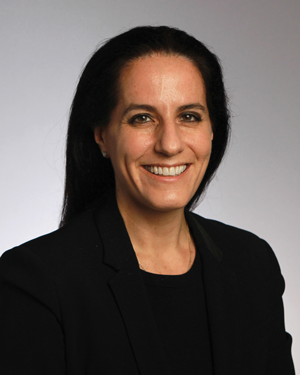 1. The opening statement is the jurors’ introduction to the facts of the case as you will be framing them and also to you as the narrator of those facts. It’s crucial, from that first moment, to convey to the jurors that you’re an honest broker, a trustworthy guide to the evidence that will be shown to them, and—most important—that you believe in what you are telling them.

2. Take the sting out of the worst evidence in your case. Do it at the start. Don’t give your adversary the opportunity to undermine your credibility with the jurors by (accurately) being able to accuse you of neglecting to tell them the most damning facts for your client.

3. Turn off the PowerPoint, step away from the podium, look each and every juror in the eye. Repeat. You will never establish a relationship of trust and connectivity with jurors if you’re talking at them, not to them.

Allison Leotta is a former federal prosecutor in Washington, D.C., and the author of five novels.

Editor’s note: A second group of trial lawyers will share their secrets about effective opening statements in the March issue of the

This article originally appeared in the February 2017 issue of the ABA Journal with this headline:  “The First Word: The opening statement is a good place to set yourself up to win the case—or lose it.”