Patent trolls are getting First Amendment protection for their demand letters 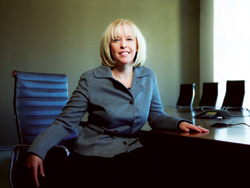 Even in a widely vilified industry, MPHJ Technology Investments stands out. The company is not just a patent troll; it has been called one of the worst of the trolls. Its patent licensing campaign is deceptive, unfair and unlawful, according to many critics.

Most patent trolls typically target large companies (usually information technology firms), which have the resources to determine whether a troll’s allegations of infringement are justified. And if necessary, they can afford to litigate. But MPHJ sent approximately 16,500 demand letters to ordinary businesses that had between 20 and 99 employees.

MPHJ had no specific evidence that any of these recipients was infringing its patents, which cover a system in which a document is scanned, sent to a networked computer and then attached to an email. Each demand letter stated only that, given the recipient’s size and the industry in which it operated, the company was very likely infringing.

The letter then gave the recipient company a choice: Provide extensive documentation to prove the company was not infringing, purchase a license, or be sued for patent infringement. The small companies that received these letters lacked the legal knowledge to respond appropriately.

“If MPHJ had gone against a sophisticated company and said, ‘You might be infringing,’ the defendant would see it for what it is—a fishing expedition—and say, ‘Go away until you have something more specific,’ ” says Mark Scarsi, a partner in the Los Angeles office of Milbank, Tweed, Hadley & McCloy. “This is particularly pernicious because MPHJ was going after small companies that don’t have in-house counsel to let them know about their rights.”

After a six-month investigation, the Federal Trade Commission also frowned on MPHJ’s licensing efforts and drafted a complaint against the company, asserting that its demand letters were deceptive and constituted unfair trade practice. The agency provided a copy of this draft complaint to MPHJ, presumably in an attempt to get the company to agree to a settlement.

A month later, however, MPHJ filed a declaratory judgment suit against the FTC claiming that it did nothing wrong, and that the letters it sent to potential licensees contained no false or misleading statements.

And even if the demand letters were deceptive, the company asserted, they were protected by the First Amendment. This is an argument that doesn’t sit well with many legal experts, who note that certain speech can create legal liability, despite the First Amendment.

“If you send misleading letters with sham litigation threats, for instance, it should not be viewed as protected by the First Amendment,” says Marylee Jenkins, a partner in the New York City office of Arent Fox and former chair of the ABA Section of Intellectual Property Law. She adds that MPHJ’s “First Amendment argument is interesting, but I can’t imagine a court finding that sufficient to block the FTC’s efforts to protect the public.”

Yet that is precisely what the courts might do. A series of federal court rulings have granted extremely broad First Amendment protection to patentees seeking to license their patents. Five federal appeals courts have held that if a patentee has even a colorable claim of infringement, the patentee faces no liability for any misrepresentations in its demand letters or other prelitigation communications. Patentees, it seems, may have a legal right to lie.

Starting in September 2012, MPHJ sent its first 9,000 demand letters, all of which contained a significant misrepresentation, according to the Federal Trade Commission. The letters wrongly indicated that substantial numbers of businesses had purchased licenses for the MPHJ patents. The letters stated, for instance, that “we have had a positive response from the business community to our licensing program,” and that “many companies” had purchased licenses as a result. When the letters were sent, however, no more than two targets of the program had bought licenses.

The vast majority of recipients did not respond, so MPHJ had its attorneys send out two rounds of follow-up letters. The second of these letters, sent to 4,870 small businesses, threatened to sue the recipient for patent infringement unless the recipient responded within two weeks.

Each letter was accompanied by a draft complaint against the recipient. But six months after the last of the letters was sent, MPHJ had filed no infringement suits. The threats of imminent litigation were false, the FTC alleged. The company was simply attempting to scare the small businesses and had no intent to sue.

This false threat to sue and the false claim that many businesses had purchased licenses were both deceptive acts that violated Section 5(a) of the FTC Act, the commission stated in its draft complaint. In its lawsuit against the commission, MPHJ asserted that the demand letters were neither inaccurate nor deceptive.

In addition, MPHJ said that the statements in the letters were protected by the First Amendment’s guarantee of the right to petition the government. That right encompasses efforts to lobby legislators and members of the executive branch, according to two U.S. Supreme Court cases, Eastern Railroad Presidents Conference v. Noerr Motor Freight (1961) and United Mine Workers v. Pennington (1965). Later decisions by lower courts extended the Noerr-Pennington doctrine to prelitigation documents such as demand letters.

MPHJ sued the FTC in Texas, so the district court in this case would be bound to follow the ruling by the 5th U.S. Circuit Court of Appeals at New Orleans and grant Noerr-Pennington protection to MPHJ’s demand letters. That could make it difficult, if not impossible, for the commission to punish MPHJ for any misrepresentations in its demand letters.

“Courts are pushing to apply Noerr-Pennington broadly to demand letters and are narrowly interpreting the sham litigation exception,” says Boston University law professor Michael Meurer. As a result, lower courts have repeatedly protected litigants who allegedly made misrepresentations in litigation or prelitigation documents.

This was demonstrated vividly last year, when another patent troll was accused of making significant misrepresentations in its demand letters. Innovatio IP Ventures sent demand letters to more than 8,000 bakeries, restaurants, cafes, hotels and other small businesses. These letters asserted that, by providing Wi-Fi to their customers, the businesses were infringing Innovatio’s patents on Wi-Fi. The letters warned the recipients to purchase licenses from Innovatio or they would be sued for infringement.

However, even some who disapprove of MPHJ’s methods warn that the courts should be cautious about making any change in Noerr-Pennington. “If somebody is harming consumers and filing baseless lawsuits, they should be subject to every consumer protection law that is out there,” says Robert O. Lindefjeld, general counsel and chief intellectual property counsel for Nantero Inc. in Woburn, Mass., and chair of the ABA Intellectual Property Law Section.

This article originally appeared in the May 2014 issue of the ABA Journal with this headline: “Infringe Benefits: Patent trolls getting First Amendment protection.”