Pensions Howling at The Door 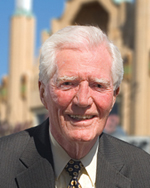 Unfunded pension lia­bilities like the one that helped bring down the century-old law firm of WolfBlock are an issue consultant Robert Denney has been screaming about for a very long time.

“It’s a very foolish business decision,” says Denney, president of the legal consulting firm Robert Denney Associates in Wayne, Pa. And, he adds, “if the firm is no longer in business, it becomes a very serious problem.”

Though law firm management generally shifted away from such plans in the 1990s, one in five firms still has a nonqualified retirement plan that provides benefits upon withdrawal, says James Cotterman, a principal at legal consultancy firm Altman Weil in Orlando, Fla., citing a recent survey of 145 law firms. Such plans, which have current partners paying the benefits of retired partners, are more prevalent in firms with 100 lawyers or more. About 46 percent reported having these types of plans, according to the survey released by Incisive Media in January.

“In the law firm context, this is an unsecured promise to pay,” Cotterman says. “If a firm goes bankrupt, that pension disappears.”

The rise of large law firms following the corporate model, changes in pension regulations and massive shifts in the legal marketplace all contributed to the general transfer to qualified pension plans in the last 20 years.

However, there are many reasons some firms find the transition difficult, including generational disagreements among partners, and others simply elect not to disrupt the status quo.

One disadvantage to these plans is the increased strain on a firm’s ability to pay if a large number of partners retire in a single year, a growing issue as baby boom lawyers begin to retire.

Many law firms will cap the total dollar amount the firm will collectively disburse to retired lawyers each year from an unqualified plan, a measure that could stretch out the years of payment to each retiree, possibly turning a five-year payout into a nine-year one, Denney says.

Even law firms that have discontinued these plans can be susceptible to contractual obligations to pay current and future retirees out of yearly revenues. Although WolfBlock no longer had an active unfunded pension plan, sources say the law firm remained liable to retirees who had been promised benefits under the former plan.

“There are huge intergenerational conflicts and compromises,” Altman Weil’s Cotterman says, when firms begin discussions to discontinue an unfunded pension.

Younger partners may view the plan, which could total as much as 5 percent of the firm’s earnings, as pure cost. Support for paying professionals for past performance has waned, Cotterman says, as law firms become increasingly concerned about sustainability, succes­sion and viability during the recession. However, some partners close to retirement may be fi­nancially unable to suddenly fund their own benefits. Others who possess the economic wherewithal to retire may not want to forgo their remuneration after years of paying for retirees before them.

To address these issues, some firms adopt a sliding scale of the amount retirees receive from current revenues, agreeing to pay smaller amounts to partners further away from retirement, until the plan self-liquidates.

Skyrocketing partner salaries also contribute to large liabilities, ac­cording to Deitch of PricewaterhouseCoopers, because benefits are often defined as a percentage of pay. “If partners are making half a million dollars and retirees get 30 percent to 50 percent, that’s a lot” for the firm to pay out, Deitch says.

But the potential long-term effects of big retirement payouts are clouded as firm earnings continue to grow, Deitch says—and with a struggling economy, firms need to take a more critical look at existing plans.

“This year is a particularly hard year for law firms, so there will be a lot more firms that will hit against their caps as earnings become flat or decline,” Deitch says. “If a firm doesn’t have a cap, they are in big trouble because payments to retired partners will be a larger percentage of the firm’s earnings, and everyone will have to take a haircut.”

Although firms are aware of the general impediment an unfunded plan brings, Stanley Kolodziejczak, co-chair of the law firm services group of PricewaterhouseCoopers in New York City, says many firms don’t have a real grasp of the partnership’s liability until the numbers are crunched, and this often does not occur until there is a merger situation. This is because, unlike corporations, law firms aren’t obligated to list an unfunded pension liability on the firm’s financial balance sheets.

While a few well-positioned law firms may be able to boast profits high enough to counter the liability of an unfunded pension, Kolodziejczak warns that many might not be able to cross that hurdle to merge.

“Qualified funded plans are less of an issue when it comes to mergers,” Deitch says, adding that 75 percent of Am Law 100 law firms have qualified, defined-benefit plans.

For the other 25 percent, now might be the time to take a critical look at the sustainability of unfunded pension plans.

“[WolfBlock] certainly sends a message to firms who haven’t funded pensions,” Denney said. “They are borrowing from the future, thinking it can go on forever.”