Plain talk: A conversation on simplicity with Rudolf Flesch 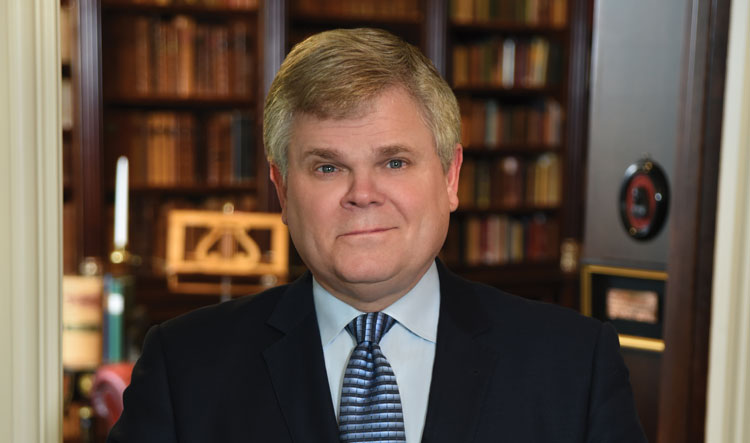 Among the most innovative writing specialists of the 20th century was Rudolf Franz Flesch (1911–1986), who immigrated to the United States from Austria in 1938. Having already earned a doctorate in law from the University of Vienna, he enrolled in Columbia University and earned a PhD in library science. While working at Columbia’s Reading Laboratory, Flesch became interested in the burgeoning field of reading comprehension.

Although some criticized his insistence on plain style, Flesch’s books proved enormously popular and influential. Since his death, variations on his readability formulas have been integrated into all sorts of software (such as Microsoft Word) to assess the quality of prose. Even today, lawyers have much to learn from Flesch.

As I’ve done with many long-gone authors, I sat down recently to interview Flesch about two of his best-selling books from the 1940s: The Art of Plain Talk (1946) and The Art of Readable Writing (1949). His answers are (with minor adaptations) verbatim.

Garner: In your first book, The Art of Plain Talk, you develop the idea that writers and speakers are always guessing about whether they’re getting their points across.

Flesch: There’s nothing more important to you as a speaker or writer than that your audience understand you; and on this point you can never be sure.

Flesch: It means you may never learn how to make yourself better understood. As long as you’re just guessing, you have no way of knowing whether your guess was good or bad, and whether you’re getting better or worse.

Garner: You try to teach people “plain talk.” How do you define plain talk?

Flesch: Plain talk is mainly a question of language structure and of spacing your ideas. If you don’t carry simplification too far into primer style, your readers will not only stay with you, but they’ll read you faster, enjoy it more, understand better and remember longer. Every single one of these statements can be proved by scientific evidence.

Garner: I know you brought empiricism to bear in your work in analyzing writing styles. You’ve been particularly hard on lawyers.

Flesch: They’re the most notorious long-sentence writers. The reason is that they won’t let the reader escape. Behind each interminable legal sentence seems to be the idea that all citizens will turn into criminals as soon as they find a loophole in the law; if a sentence ends before everything is said, they will stop reading right there and jump to the chance of breaking the rule that follows after the period.

Garner: But isn’t that questionable psychology?

Flesch: What is certain is that legal language is hard even on lawyers.

Garner: What’s the best advice on writing, then?

Flesch: It’s what the Fowler brothers said in The King’s English (1906): Before allowing yourself to be tempted by the showier qualities, try to be direct, simple, brief, vigorous and lucid. Prefer the familiar word to the far-fetched, the concrete word to the abstract and the short to the long.

Garner: That yardstick would be pretty unkind to most legal writing today. I’m thinking especially about federal regulations.

Flesch: If we analyze the Federal Register, it is obviously designed to make reading as difficult as possible. The sentences simply never stop, colloquial root words are carefully avoided, and there is never a hint of who is talking to whom. The Federal Register is not supposed to be read at all. It simply prints things so that someday, somewhere, some government official can say: “Yes, but it says in the Federal Register ... .” All this government stuff, in other words, is not reading matter but prefabricated parts of quarrels.

Bryan A. Garner, president of LawProse Inc., is the author of Legal Writing in Plain English and more than 20 other law-related books. His most recent is the fourth edition of The Redbook: A Manual on Legal Style (2018). Follow on Twitter @bryanagarner.