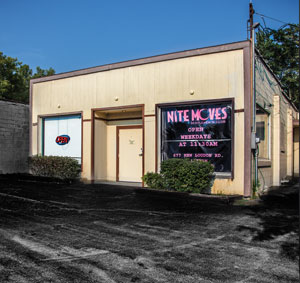 Tax cases are usually not the raciest reads in the law library.

But then there’s the decadelong litigation between the New York Department of Taxation and Finance and Nite Moves, an Albany “premier adult club” with an “upscale, nonalcoholic juice bar.”

In 2005, the state demanded the club pay tax on three years of sales from juice-sipping devotees of topless and nude dancing. Initially, the club convinced an administrative law judge that the dances were tax-exempt “dramatic or musical arts performances.” But the New York Court of Appeals disagreed in 2012, ordering the club to pay some $400,000 in taxes.

But that wasn’t Nite Moves’ last move. Club owner Stephen Dick, lauded by Stephen Colbert as “the Martin Luther King of exotic dancers,” and his lawyer, Andrew McCullough of Midvale, Utah—a Mormon defender of strip clubs, former Libertarian candidate for state attorney general, and self-described “gadfly”—went on the offensive. Instead of caving to the state’s demands in 2010 for another $323,155 in unpaid sales tax, McCullough hired five experts—scholars in anthropology, dance and theater; a professional gymnast/pole dancer; and the culture critic from the Albany Times Union—to support a renewed tax-exemption claim.

Earlier this year their efforts paid off. In May, a New York ALJ issued a Solomonic split decision. In In re: 677 New Loudon Corp. d/b/a Nite Moves, Joseph Pinto Jr. denied the exemption for lap dance fees but granted the exemption for the club’s cover charge, which entitled patrons to watch naked women dancing around a stripper pole.

The judge said that the lap dances emphasized “physical contact” with patrons rather than choreographed dance routines. The judge cited testimony from state tax auditor Donald Haher, who patronized Nite Moves “10 or 15 times” (presumably off duty), thereby gaining “significant personal experience with the club and its various offerings.” Haher recounted “women massaging him with various body parts” and concluded that the lap dance was “essentially a full body rub.”

Pinto was persuaded by the expert consensus that pole dancing involved rehearsed, choreographed dance routines. He was also won over by mononymous dancers “Alize” and “Taylor,” who recounted that their craft “required a careful pairing of movements with their chosen music.”

Both parties have appealed the decision, McCullough says.

This article originally appeared in the October 2015 issue of the ABA Journal with this headline: “Pole Tax: New York administrative law judge says pole dances are exempt from sales tax.”