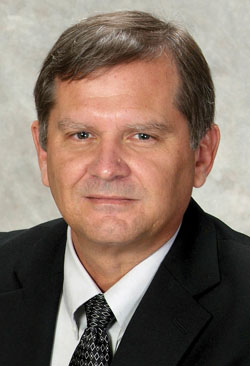 For attorneys and clients who may be keeping physical property and fear damage or loss could give rise to sanctions for evidence spoliation, help—or at least protection—may be on the way.

In December, Lexington Insurance Co. announced plans to offer extended policies to guard against spoliation tort claims against clients that are often entrusted with property that can affect the outcome of a court case.

To enhance liability offerings already available to architects and engineers, the insurer plans to expand its coverage in the first quarter of 2011 to include independent warehouse operators, accounting firms and law firms, says Karen O’Reilly, Lexington’s chief information officer.

Nine states currently recognize spoliation tort claims for the destruction of or failure to preserve evidence that is necessary to litigation, which O’Reilly says was the catalyst that prompted one policyholder to request the extended coverage.

“The client came to us and said, ‘What if this car that has been entrusted to us burned up or it was stolen from the property?’ ” explains Robert Rogers, assistant vice president at Lexington, which is part of the Chartis Inc. insurance companies. “That client can buy bailee coverage for the market price of the car, but what about the plaintiff who had a $10 million lawsuit against a car manufacturer?”

But just how necessary is such coverage?

Insurance defense attorney Susan Levy says she’s witnessed many instances where an outside investigator fails to anticipate the legal peculiarities that might transform a seemingly innocuous object into a piece of potentially valuable evidence. However, none of those cases resulted in sanctions.

“It’s hard to imagine a company would have the investigation process break down enough times that it would need insurance against it,” says Levy, name partner of Levy & Pruett in Decatur, Ga.

U.S. District Judge James Holderman of the Northern District of Illinois also has questions about such insurance.

“A judge wouldn’t consider presence or absence of spoliation insurance,” Holderman says. “That wouldn’t go to consideration whether sanctions would be imposed.”

And, he notes, “the existence of the insurance may be discoverable if the issue arises to spoliation under the Federal Rules of Civil Procedure.”

Bill Tolson, director of product marketing and evangelism at Iron Mountain Inc., the data storage company that specializes in records management and information destruction, says many of his attorney colleagues were also dubious of the need for spoliation coverage. He points to the existence of safe-harbor rules to protect companies that have demonstrated good intent to prepare for effective discovery.

However, Tolson’s corporate clients were not as quick to dismiss the need for spoliation coverage.

“I can see Fortune 500 companies with good intentions looking at this like a good thing,” Tolson says of his conversations with corporate chief legal officers. “Corporate infrastructures are so complex, particularly at a large corporation with a multinational presence. No matter how good a company’s intent is to do everything right, it’s almost impossible to control the risk that some deletion [of records] might happen.”

SANCTIONS ON THE RISE

Although the extended coverage only includes tangible objects, the insurer is keeping a close watch on e-discovery as it evaluates its next step, says O’Reilly.

Judicial rulings that find companies have ordered the destruction of potentially discoverable documents, including e-mail, are on the rise, and sanctions for those culpable have run into the millions of dollars. A Duke University study found 97 e-discovery sanction cases in 2009, more than any prior year.

Holderman thinks spoliation problems in e-discovery will level off.

“In my opinion,” he says, “lawyers will become more and more educated regarding the problems and pitfalls of e-discovery.”

As for the need for insurance policies against sanctions, he says, “I agree with those lawyers who say that if a person believes they may be subject to sanctions so often or in such magnitude that insurance is necessary, perhaps the lawyers ought to change their practices so as to not have that risk.”