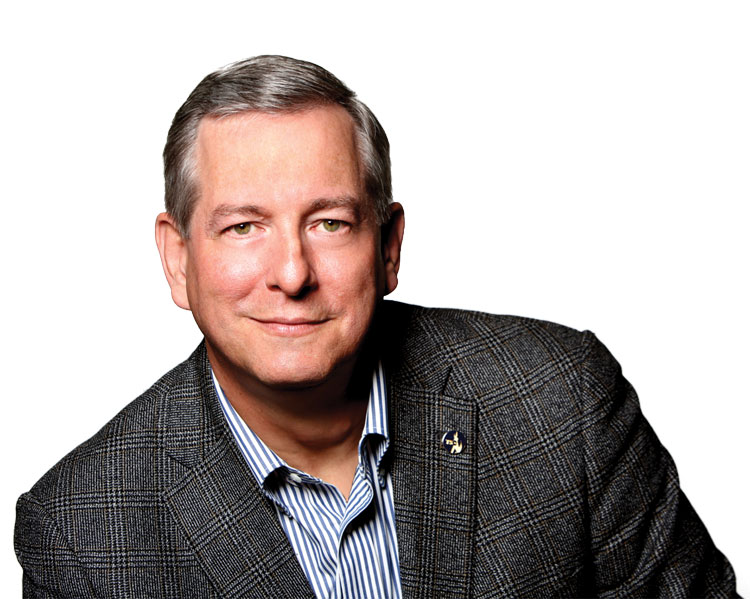 Craig Ball: “Privilege should be rethought. It’s probably the single most expensive component of discovery.” Photo courtesy of Craig Ball.

Once again, even this seemingly simple matter has become contentious and drawn out. However, for e-discovery attorneys, the controversy stems not from prurient interests surrounding President Trump, but over how to identify potentially relevant materials in complicated, politically sensitive matter. In particular, the process of creating privilege logs has been derided as an archaic, broken process in need of a technology-assisted update.

“I don’t know if privilege logs survive,” says John Facciola, a former U.S. magistrate judge for the U.S. District Court for the District of Columbia. “There’s no reason privilege review should be as long, complicated and expensive as it is. This is one of the reasons litigation is so expensive.”

Ball says that privilege logs can be an effective tool when used as the Federal Rules of Civil Procedure intend. He believes privilege can be broadly construed, and that judges often fail to define what the attorney-client privilege really protects so that parties tailor their assertions of the privilege to just the information that truly qualifies as privileged. “Privilege should be rethought. It’s probably the single most expensive component of discovery,” says Ball. “It has become a hiding place for damaging evidence and a kitchen junk drawer of lazy lawyer assessment.”

Former U.S. Magistrate Judge Frank Maas of the Southern District of New York had been on the shortlist of names under consideration for the role of special master in the Cohen matter. In a five-page letter to presiding Judge Kimba Wood, Deputy U.S. Attorney Robert S. Khuzami—citing a letter from Maas—suggested that technology-assisted review could help “identify potentially privileged material for review in an efficient manner.”

However, Ball disagrees, arguing that based on what he understood about the Cohen matter at the time, the document collection was not large enough to use TAR effectively. “This is just too small a matter for that kind of review,” he says. “The more salient issue is getting parties to stop playing games with privilege.”

Maura Grossman, research professor in the David R. Cheriton School of Computer Science at the University of Waterloo and principal of Maura Grossman Law, believes the review could have been done more effectively and cheaply using TAR. She believes that a team of two or three reviewers including herself, Judge Maas and one or two others could have completed the Cohen review within two weeks. Ultimately, the monthslong process found 7,150 items to be privileged out of more than 3.2 million that were handed over to federal prosecutors using manual review.

She acknowledges there are some issues machines can struggle to identify, particularly the subtle indications that a document may be considered privileged. “Work product is tricky because something prepared in advance of litigation, like a spreadsheet for a lawsuit, will look very much like any spreadsheet produced in the course of normal business,” Grossman says. “Fortunately, the number of players involved in producing work product is limited, which can help narrow your focus. Once you train the system, it will quickly learn to spot work product and privileged materials.”

E-Discovery as a Weapon

E-discovery has also intensified already-controversial matters. Kavanaugh’s confirmation to the Supreme Court became an emotional and dramatic TV spectacle, but it began as a discovery dispute. Just hours before hearings on Kavanaugh’s nomination, the federal judge and former George W. Bush White House counsel turned over more than 42,000 pages of documents from Kavanaugh’s time in the Bush White House to the Senate Judiciary Committee. Minority Leader Chuck Schumer, D-N.Y., responded angrily to the document dump, tweeting: “Not a single senator will be able to review these records before tomorrow.”

The document dump is certainly not a new strategy—when paper was still the most commonly used medium for business communications, legal teams would deliver boxes and boxes of documents to opponents in the hopes of overwhelming their ability to review them all. But with the volumes of digital records now available for review, digital document dumps can be even more challenging for human reviewers.

E-discovery experts argue that congressional staffers could have found relevant documents in this collection within hours using artificial intelligence tools. “It’s outrageous for 40,000 documents to be produced so late in the process, but the fact is that computers could help perform a thorough search in hours,” Scheindlin says. “If you have all the time in the world and an unlimited budget, sure, human reviewers are great. But computers can rank the most relevant documents in hours, and I think judges need to be more willing to rely on technology.”

Even though the documents were produced as large PDF files, and many of the words had been garbled by optical character recognition software, Grossman was able to upload the pages into an online repository that was searchable using her proprietary technology-assisted review software, known as Continuous Active Learning or CAL. She says that the tool was apparently used by congressional staffers, but she has no indication whether they identified any documents for the Kavanaugh hearings. “Anyone would need help trying to review 42,000 documents by tomorrow,” Grossman says. “The only other option congressional staffers had was to hit control-F and search for a particular word or name. With TAR, they could find substantially all documents related to a particular topic in a matter of hours.”

Baron recognizes that people will increasingly use whatever technology is available; some will use it for efficiency or competence, while some may use it to avoid public disclosure. It is up to lawyers to find ways to highlight this shadow IT issue and to recommend ways of dealing with it as part of an information governance framework in order to ensure that organizations comply with all manner of legal and regulatory requirements. “Some information should be deleted,” Facciola says. “For example, in many types of intellectual property litigation, personally identifiable information and medical records, you have to be darn sure stuff is deleted. Deleting things is not pernicious and is often necessary to the needs of any ongoing operation.”

Electronic evidence has arguably confused and obscured the national political debate. Reporters began sifting through these recovered data collections that include everything from confidential state secrets to Clinton campaign chair Podesta’s risotto recipe. “I think it’s time to recognize that parties should produce less, not more,” says Facciola. “There’s no reason why Podesta’s risotto recipe needs to be preserved for posterity.”

Unfortunately, the problem looks like it will only get worse. The Bill Clinton White House left 32 million emails for the public record, surpassed by the George W. Bush White House’s 200 million-plus emails and more than 300 million emails received from the Barack Obama White House. And after 2019, billions of emails and all forms of electronic records from hundreds of executive branch agencies will be subsumed into the National Archives.

Despite these high-profile cases involving e-discovery, why is the practice area still relegated to the fringes of litigation practice? “If recent high-profile cases have breathed new life into e-discovery since 2016, that surge has escaped my notice,” Ball says. “So, either it’s not a real surge, or it’s slipped by me.”

For Malhotra, the progress has been more incremental. “Understanding technology, where data is stored, and the kinds of issues that are very important in the e-discovery world are slowly becoming important to attorneys outside of our practice area,” Malhotra says. “More judges seem to understand e-discovery and take it seriously, and e-discovery is being taught as part of the curriculum in law schools. I’m not saying we are where we need to be, but things are slowly turning around.”

On one hand, e-discovery promises hard, irrefutable, smoking-gun evidence. On the other hand, that tantalizing promise, so rarely fulfilled, drives others insane. But e-discovery attorneys think that the high-profile attention on their otherwise obscure practice area might be the best thing that’s happened.

“I’m encouraged, and I have to say that I think there is no better time to be a trial attorney,” Ball says. “If anything, I feel that Hillary’s email and Cohen’s investigation have gone a long way to educating the public and the profession to the esoteric questions like what a special master is, how email servers work, and what digital bleaching does. What a great, teachable moment.” n