By Marc Davis and Kevin Davis 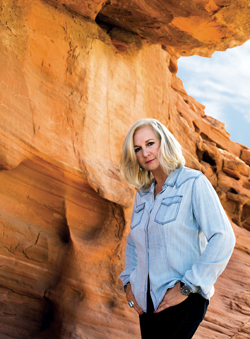 The nearly 20 years since a jury found O.J. Simpson not guilty of murder have left numerous marks on the national psyche and the legal profession. And for at least one area of legal services—jury consultation—that mark is a measurement of rapid growth.

Jo-Ellan Dimitrius, who rose to national prominence as a jury consultant for Simpson's criminal defense team, has seen the number of consultants rise significantly.

"A multiplicity of people have entered the profession," says Dimitrius, founder, president and CEO of Dimitrius & Associates in Henderson, Nevada. "Jury consultants are now part of the legal culture for civil, criminal and corporate cases."

That growth is reflected in the membership of the American Society of Trial Consultants, which has expanded from fewer than 20 members in 1983 to around 300 today and publishes a magazine featuring social science research for jury consultants.

Dimitrius says her client list also has expanded since the O.J. trial. "In my practice, I've worked for both the plaintiff and defense sides of a trial. In corporate cases I've worked on everything—product liability, patent infringement, breach of contract, you name it."

Richard Gabriel, president of Decision Analysis in Los Angeles, worked with Dimitrius on the O.J. trial. "Certainly, the O.J. Simpson trial created a lot of awareness of what we do—and also created myths that we're only jury pickers," says Gabriel, author of Acquittal, a book about some of his famous cases. "Hiring consultants is also about risk evaluation."

Gabriel studies what juries want to see, what their biases are, and how they absorb and evaluate information. "How do I make a complex case more clear and more compelling?"

Rich Matthews, a senior trial consultant with Juryology in San Francisco, agrees that the term jury consultant is a misnomer.

"What we do is so much broader than what happens with a jury. The jury selection process is the least important thing we do, but the most public," he says. "The bigger things we do really happen before that. It's really trying to resolve the dispute before trial."

That's where focus groups and mock trials come in, which have elements of jury selection. Gathering data on how people view cases, Matthews says, helps lawyers to frame those cases and build the narratives they need to make better arguments.

A big shift since the Simpson trial is how technology has changed the nature of jury research. "What we have now that we didn't have 20 years ago to research jurors is social media, the Internet, Facebook, LinkedIn—a prospective juror's entire social media footprint," Dimitrius says. "We can now also conduct online focus groups. We can do an Internet search for information on prospective jurors."

Mark Calzaretta, director of litigation consulting with Magna Legal Services in Philadelphia, says online technology helps in the selection of jurors who'd be most sympathetic to a litigant's case.

One new and effective method of developing a potential juror's profile—psychological, social, economic, political, educational, religious—is the online focus group, which can be done virtually anywhere instead of having to gather people in one location.

"Because of TV shows, jurors are now more knowledgeable," she says. "There are also websites that tell prospective jurors how to get out of jury duty."

This article originally appeared in the January 2015 issue of the ABA Journal with this headline: “Pretrial pros: Jury consultants are changing with the times 20 years after the O.J. verdict.”