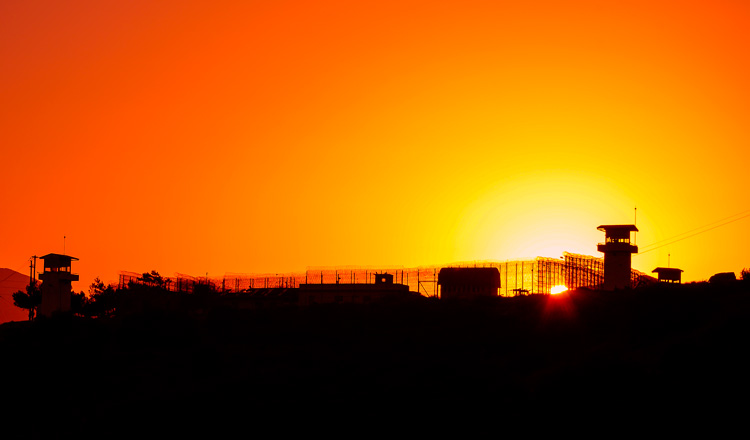 Attorney Donald Specter spent more than three decades working to protect the rights of incarcerated people before he finally saw a prison he believed in.

He was in Europe, having just won perhaps the biggest ruling of his career—a 2011 U.S. Supreme Court decision in Brown v. Plata that required California to reduce its inmate population by more than 40,000. But Specter, executive director of the Berkeley-based Prison Law Office, wasn’t there to celebrate. He was a co-instructor on a study-abroad trip about correctional practices with University of Maryland students.

This trip included visits to prisons in Denmark, Germany and the Netherlands. Specter says he was blown away. The prisons were nothing like those he had spent his career trying to change in the United States. For starters, they were physically different—built to resemble life on the outside. Inmates had their own rooms and, in some cases, were allowed to cook in communal kitchens. But what struck Specter most was that the prisoners were treated differently, too.

“They still regarded the people in prison as members of the community who were going to return to the community,” he says. “That has a whole bunch of implications.”

Specter, who began his legal career as a volunteer at the Prison Law Office, had long been frustrated by the limits of litigation to bring about meaningful change. In Europe, he began to wonder whether there might be a different way to approach his life’s work.

“By the end of the trip, [the students’] basic question was: Why do we have such lousy prisons when they can be so much better?” he says. “I started thinking about whether the same kind of transformation could happen with people who were a little older and more experienced—hardened correctional officers and the like.”

A program is born

In 2013, Specter launched the U.S.-European Criminal Justice Innovation Program, sponsoring weeklong tours of European prisons for U.S. corrections officials, judges and lawmakers. He funds the trips using fees from his lawsuits, including some of the $2.2 million his office was awarded after the high court’s ruling in Brown.

In that case, Specter represented prisoners who challenged the delivery of health care in the California prison system. The high court affirmed an earlier appeals court ruling that overcrowding was the primary cause of the deficient system and ordered the state to reduce its inmate population.

Specter’s first overseas trip was with representatives from Colorado, Georgia and Pennsylvania and included stops in Germany and the Netherlands. Subsequent tours, including one this fall with officials from Alaska, have focused on Norway, which is known for the freedoms it grants eligible inmates.

So far, officials from eight states have participated, including the executive director, president and vice president of the Association of State Correctional Administrators, which has members who oversee 400,000 correctional personnel and 8 million inmates or former inmates.

At least 95 percent of inmates in U.S. state prisons will return to their communities upon release, according to the Bureau of Justice Statistics, and more than two-thirds of those will be rearrested within three years. In Norway—where no life sentences exist—the recidivism rate is about 25 percent after two years, according to Kim Ekhaugen, director of international cooperation for the country’s prison system, who helps arrange Specter’s trips.

Participants in Specter’s program learn about the principles of normality—the idea that life on the inside should be as similar to life on the outside as possible—and dynamic security, which is based on interpersonal relationships between guards and inmates.

In Norway, correctional officers are trained to de-escalate potential conflicts, Ekhaugen says. Each officer is assigned to oversee no more than four inmates and make conscious efforts to engage with those inmates on a human level, including participating in recreational activities.

Differences in the American and Norwegian systems are so great that Specter’s program has been met with plenty of initial skepticism. “Quite frankly, I didn’t think what happened over there would translate here,” says John E. Wetzel, the Pennsylvania secretary of corrections.

Kevin Kempf, a former director of the Idaho Department of Correction who went on the 2016 trip, says he thought Norway’s prisons would be “soft.” But he was struck by the many responsibilities inmates had—cooking, cleaning, going to work or school.

As a young warden, Kempf, now executive director of the Association of State Correctional Administrators, once ordered all the trees removed from the grounds of an Idaho prison to get a better line of sight. In Norway, when someone asked a guard at the maximum security Halden Prison what would happen if an inmate climbed a tree on the forested property (surrounded by a security wall), the guard said, “He’ll climb back down at some point.”

Through applications and personal invitations, Specter selects officials who have demonstrated a commitment to reform—sometimes as a result of lawsuits like the ones he oversees in his day job.

The idea is to set “the bar to which all jurisdictions can aspire,” says Dr. Brie Williams, director of the Criminal Justice & Health Program at the University of California at San Francisco, whom Specter hired to help run the program.

“Once it’s clear this is not just what happens in Norway … that experience has meaning for systems here,” Williams says.

Indeed, the trips seem to be quietly revolutionizing corrections departments across the United States.

This article appeared in the October 2017 issue of the ABA Journal with the headline “Model Prisons: Attorney hopes to import the best of European practices to the United States."