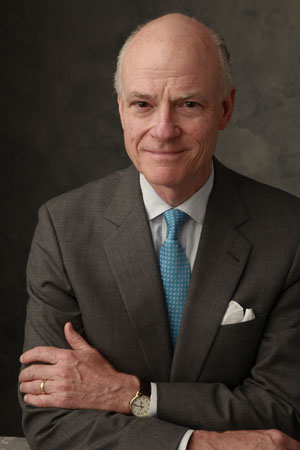 A bipartisan effort is underway in Congress to reauthorize the Juvenile Justice and Delinquency Prevention Act, a 1974 law that provides crucial support for programs aimed at preventing juvenile delinquency. In the view of the ABA, it's time for an update, which hasn't occurred in more than a decade.

Since the law was last reauthorized in 2002, much more is known about the role that trauma plays in the lives of disengaged youths—and what works to keep communities safe while putting young people on a better path.

The ABA has made reauthorization a priority and focused on the issue during meetings with members of Congress in April during this year’s ABA Day in Washington lobbying event. (See the ABA policy statement (PDF) on reauthorizing the act.) In a letter welcoming bar leaders to the event, then-ABA President William C. Hubbard said the act “sustains the federal-state partnership for the administration and improvement of juvenile justice and delinquency-prevention programs.” Hubbard is a partner at Nelson Mullins Riley & Scarborough in Columbia, South Carolina.

Both bills would extend the act’s provisions supporting delinquency-prevention programs to improve state and local juvenile justice systems, juvenile planning and advisory systems in all states. The bills would also extend provisions in support of the Justice Department’s Office of Juvenile Justice and Delinquency Prevention, which is dedicated to training, technical assistance, model program development, research and evaluation, and support for various state and local programs.

SO LONG TO ‘STATUS OFFENSES’

In addition to reauthorizing the act, the bills include ABA-supported provisions to strengthen core protections, including a requirement that states phase out detention of youth offenders for “status offenses,” such as skipping school, running away or underage tobacco use, which would not be crimes if committed by adults. Such offenses are the primary reason that girls are the fastest-growing segment of the juvenile justice population. Nondelinquent status offenders, including homeless youths, often end up languishing in juvenile facilities as long as those charged with offenses involving weapons, auto theft, burglary and theft.

The ABA maintains that youths with noncriminal behaviors can most effectively be helped through community- and school-based interventions, which have produced positive outcomes through school engagement, family reinforcement and delinquency prevention.

Statistics gathered by the Justice Policy Institute show that young people in the United States, including those charged with noncriminal behavior, are processed in the criminal justice system, locked up and imprisoned at much higher rates than in other comparable nations. In addition, youths of color are significantly overrepresented at all levels of the juvenile justice system; and disparities often build as youths proceed through the system from arrest to transfer to adult court.

Other provisions in the reauthorization bills would extend core requirements that prevent youths from being confined in adult jails and lockups while awaiting trials, and that ensure “sight and sound separation” from adults for youths held in adult facilities.

The bills would offer clear guidance to states on how to identify and reduce racial and ethnic disparities among youths who come into contact with the justice system. They also include new provisions to increase the focus on those with mental illnesses or substance-abuse disorders, to support training for juvenile judges, and to enhance oversight of grant funding.

Both bills direct the administrator of the Office of Juvenile Justice and Delinquency Prevention to consult with the ABA and others in the field to develop and issue standards of practice for attorneys representing children and to ensure that the standards are adapted for use in the states.

This article originally appeared in the September 2015 issue of the ABA Journal with this headline: “Long Overdue: Reauthorization bill seeks to update a key juvenile justice law for the first time in more than a decade.”