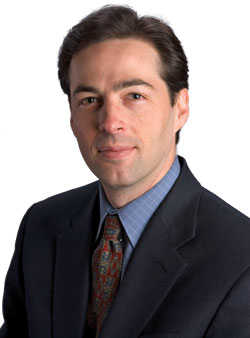 Andrew Perlman: “These restrictive rules really serve no public policy purpose. In my view they are indefensible from the standpoint of public and client protection and should be eliminated.” Photo courtesy of Suffolk University Law School.

For the better part of a decade, the American Bar Association has been working to ensure that experienced lawyers looking to practice in another state can do so without having to dust off their old bar exam notes or sign up for a prep course. Despite the ABA’s efforts, many states continue to employ restrictive rules—or in some cases, outright bans, when it comes to admitting out-of-state lawyers on motion.

The National Association for the Advancement of Multijurisdiction Practice is hoping to speed up the process of easing restrictions on admission for experienced attorneys with a series of lawsuits challenging the rules in some of the busiest jurisdictions in the country. In December the organization, whose mantra is “one bar exam is more than enough,” filed federal lawsuits in the District of Columbia and Pennsylvania alleging that their restrictions on reciprocal admission were discriminatory.

In 2002, the ABA’s Commission on Multijurisdictional Practice concluded that admitting out-of-state lawyers on motion was beneficial to the public and recommended that lawyers with five to seven years of experience be admitted without having to take an additional bar examination. Ten years later, the ABA Commission on Ethics 20/20 recommended that states adopt a new model rule allowing bar admission on motion for lawyers with at least three years of experience. The Ethics 20/20 panel also found that state or federal rules limiting admission on motion to jurisdictions that provided reciprocal admission were not needed.

“These restrictive rules really serve no public policy purpose,” says Andrew Perlman, a professor at Suffolk University Law School who served as chief reporter for Ethics 20/20. “In my view they are indefensible from the standpoint of public and client protection and should be eliminated.”

Bruce Green, a Fordham University School of Law professor who served as chief reporter for the Commission on Multijurisdictional Practice, adds that what the commission stated over a decade ago is even more true today.

“Experienced lawyers, in general, are qualified to practice nationally in the areas where they have developed expertise,” says Green. “Admission on motion should, generally, be universal for lawyers who want to move their practices from one state to another.” 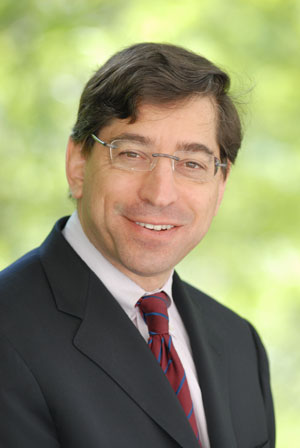 Bruce Green: “Experienced lawyers, in general, are qualified to practice nationally in the areas where they have developed expertise. Admission on motion should, generally, be universal for lawyers who want to move their practices from one state to another.” Photo courtesy of Fordham University School of Law.

While some states have opened the doors to out-of-state lawyers, others have been less accommodating. According to the most recent ABA statistics, 11 states (including California, Florida and New Jersey) do not allow admissions on motion, while another 24 states will only admit lawyers from states that have reciprocity with them.

In addition to the most recent challenges, the NAAMJP has similar lawsuits pending in California and Arizona. Arizona will only admit attorneys from states with reciprocity, while the Golden State requires all attorneys to take a bar exam that is statistically one of the hardest to pass. For the February 2013 exam, 50 percent of admitted attorneys taking the test failed.

“There are attorneys all over the U.S. that are chained to the jurisdiction they’re licensed in and want to travel, but can’t,” says Joseph Robert Giannini, a director with the MJP association who is lead attorney on all four lawsuits. “The purpose of the exam is test attorneys as they enter the profession. Once you pass that entry level, you shouldn’t have to re-establish yourself.”

Giannini cites a finding from the Commission on Multijurisdictional Practice concluding that more than 65,000 lawyers have obtained admission by motion in the last 10 years, and that “there is no evidence from disciplinary counsel or any other source that these lawyers have been unable to practice competently in the new jurisdiction.”

Litigators aren’t the only ones affected by restrictive reciprocity requirements. Robert Byman, president of the American College of Trial Lawyers, sees it as a bigger problem for transactional attorneys, who often have deals that go across state lines.

“Unless a trial lawyer wants to permanently relocate somewhere, most litigators can often be admitted pro hac vice,” Byman says.

For those who are looking to relocate, taking another bar exam can be more than a mere inconvenience. James Morris Jr., a products liability litigator with nearly three decades of experience, recently got a golden opportunity when his personal injury litigation firm, Weitz & Luxenberg, tapped him to help manage its Los Angeles office. Morris, who moved to New York to join the firm in 2012 after having spent his entire career in Texas, jumped at the chance to relocate to California.

Now he has to relearn topics like trusts and estates, business organizations and criminal law—topics he says he hasn’t thought about since he took the Texas bar exam in 1986.

The State Bar of California is unmoved by complaints from attorneys that they should be admitted on motion. “I’m not surprised that lawyers are clamoring for reciprocity, but that’s not our concern,” says Robert Hawley, deputy executive director of the California bar. “Our concern is whether it serves the public, and I don’t see the public clamoring for it.”

Hawley also defends the state’s rationale for requiring a bar exam for all practicing attorneys in the state, saying that California is a “complex state with complex laws,” and that the state has an obligation to make sure its lawyers are competent.

Perlman, however, disputes that rationale. “I think every state has quirks in their own laws, and what law schools train their students to do is to research and understand the law,” he says. “Plus, the variation among states is relatively minor.” Perlman points out that most states place greater emphasis on the multistate portions of the bar exam, and that 14 states (including Colorado, Minnesota and Missouri) accept the Uniform Bar Examination, a test that contains no state-specific questions.

In the meantime, Perlman is rooting for the NAAMJP lawsuits to succeed.

“It’s hard to say if the lawsuits will be successful,” Perlman says. “There are some reasonable arguments to be made regarding the constitutionality of reciprocity rules, and that could have the effect of changing the rules down the line.”

Unfortunately for Morris and others facing retaking the bar, it won’t be soon enough.

This article originally appeared in the February 2014 issue of the ABA Journal with this headline: “Reciprocity Fight Comes Back: Lawsuits push an issue the ABA has studied for years.”