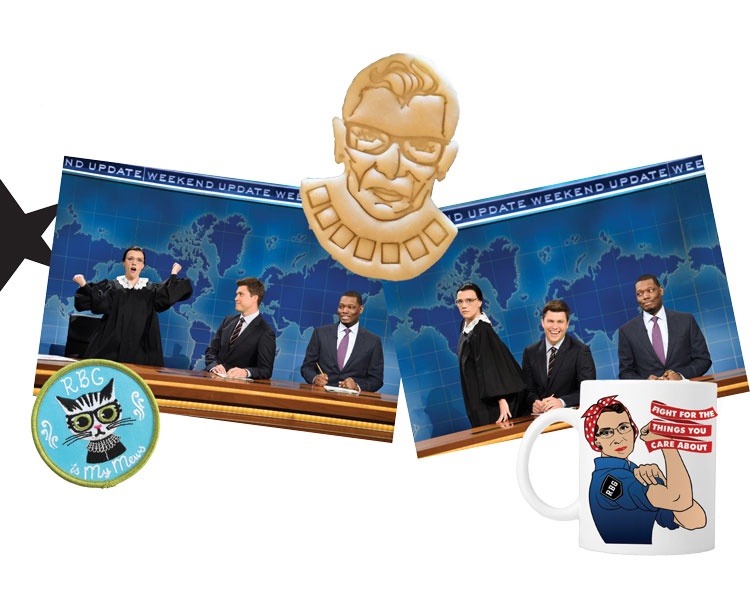 a woman of substance

“Her ability to do things that are a bit unexpected—and do them gracefully—has been a big plus for her reputation. I also think Justice Ginsburg has a little bit more of a sense of humor she can play off of,” Kahle says.

That sense of humor was captured in the documentary, when the film crew played Ginsburg a Saturday Night Live clip with cast member Kate McKinnon portraying her on “Weekend Update.” The character dances around, sometimes in a sexually suggestive way, and makes snide comments called “Ginsburns.”

Filmmaker Cohen says that they’d ask Ginsburg’s children, Jane and James Ginsburg, what their mom thought of the character, and were told that she didn’t watch television, other than PBS NewsHour. The film crew wasn’t sure how the justice would react to the portrayal, Cohen says.

“She loved it. Then she said: ‘What is the name of this actress? She is very good,’ ” Cohen adds. Ginsburg even told National Public Radio in January that she would like to use “Ginsburn” on her colleagues sometimes.

When asked by the ABA Journal in June what she thought of the various things one can buy that bear her image, a Supreme Court public information officer responded that Ginsburg was very busy with the term wrapping up, and “regrets she must decline.” The justice does appear to support some recent offerings related to her, including a new book by her personal trainer Bryant Johnson. She wrote the foreword to The RBG Workout: How She Stays Strong ... and You Can Too! explaining that Johnson helped her get in better shape following a 1999 battle with colon cancer and a 2009 pancreatic cancer diagnosis—both of which were treated with surgery.

Another item created by people who know the justice is Notorious RBG in Song, an album released in June by her son, James, who founded and runs the nonprofit classical music label Cedille Records. Most of the music on the new release was composed and performed by his wife, soprano Patrice Michaels.

The album was inspired by songs that he and his sister, Jane, a Columbia Law School professor, had commissioned for their mother’s 80th birthday. It also has new pieces, including “Celia: An Imagined Letter from 1949.” Michaels wrote it as a letter Celia Bader would have written her daughter at camp.

Other songs touched on school phone calls about James’ third-grade hijinks and a farewell love letter Martin wrote to his wife, which was found in his hospital room. 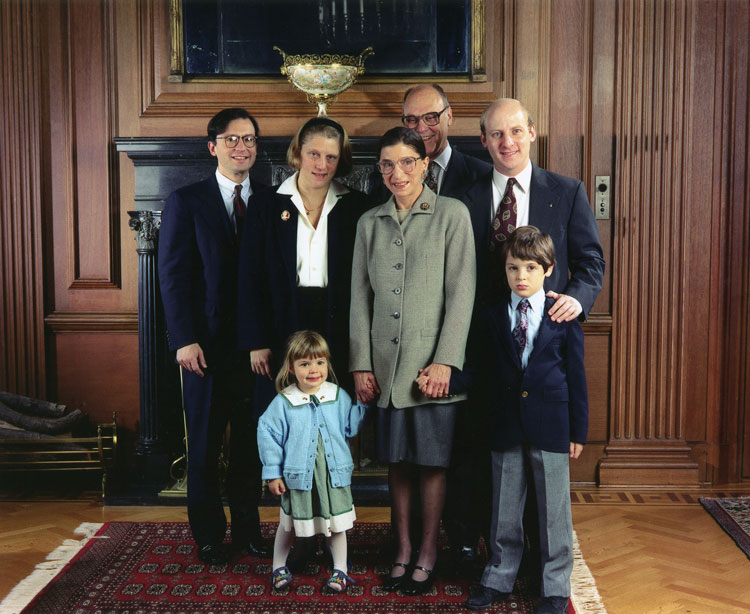 “You are Searching in Vain for a Bright-Line Solution,” an aria written by the composer and lyricist Derrick Wang, for his 2015 opera Scalia/Ginsburg, is also on the album, and sung by Michaels. In the liner notes, she describes her mother-in-law as “Ready. Considerate. Laser-focused on ‘doing the best I can every day.’ ”

In the liner notes, James mentions the 2013 Tumblr meme started by Knizhnik. “It’s amazing to see how much the meme has spread in the last five years as Mom has been propelled from ‘regular’ Supreme Court justice to ‘pop icon,’ ” he wrote. Ginsburg, for her part, seems to have embraced the “Notorious” moniker. When asked about the comparison to the Notorious B.I.G., Ginsburg jokingly reminded Late Show host Stephen Colbert in March that she and the famed rapper were both “born and bred in Brooklyn, New York.”

You can find the album and the Notorious RBG book, as well as the workout book and a 2016 biography, My Own Words, which Ginsburg wrote with Georgetown Law professors Mary Hartnett and Wendy Williams, at major bookstores and online retailers. But it’s unlikely you’ll find clothing items or accessories with the justice’s likeness at retail chains. That’s because most require affidavits or written contracts from wholesale vendors stating that the product doesn’t violate any copyright or right of publicity laws, says Lynne Boisineau, a trademark attorney who practices in Westminster, California. 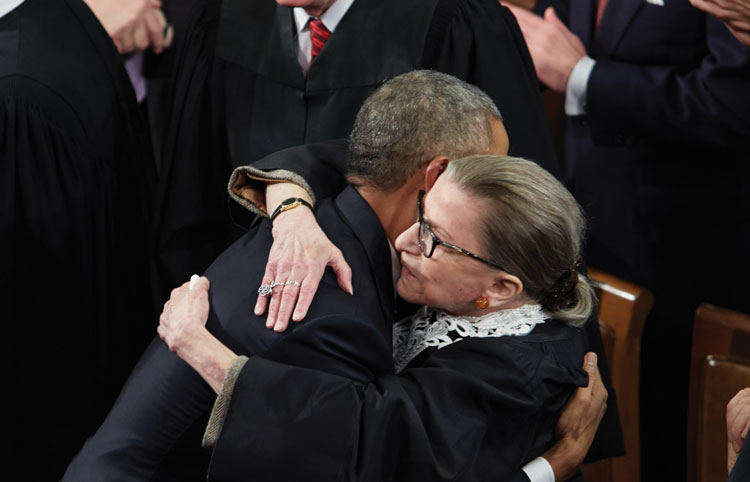 “They don’t buy anything unless the seller has licensing rights. All the major retail chains and savvy smaller companies work that way, because you don’t want the headache,” says Boisineau, who has written rights of publicity articles for the American Bar Association’s Landslide and GPSolo publications.

Rights of publicity laws vary by state, she adds, and some have exemptions for public figures, providing there’s no implied endorsement. Also, she says that First Amendment protection for parody doesn’t cover something that’s defamatory or seen as a privacy invasion.

According to West, Ginsburg has been surprised by how much her image is used in pop culture. “In many ways, I think she’s embraced that as an opportunity to reach a wider audience about the message of democracy and the rule of law,” RBG documentary director West says. “I think she appreciates that opportunity.”