Scorned as 'copyright troll,' poet fights back in verse 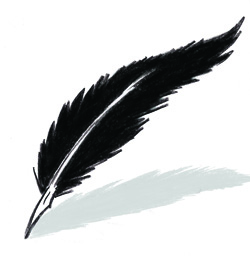 For it matters not, how much we own;
the cars … the house … the cash.
What matters is how we live and love
and how we spend our dash.

“I had no idea who wrote the thing,” recalls Katz, an electronics salesman in Orange County, Calif. He learned that Linda Ellis wrote The Dash when he received a letter from Ellis’ representative claiming copyright infringement and demanding $7,500 along with a warning about statutory damages up to $150,000.

Katz is not alone. Others, including bloggers, churches and schools, have received similar demands from Ellis over their use of her poem.

Katz has continued to rebuff the demand, accusing Ellis’ agent of using scare tactics to “go after people for sharing something so beautiful.” In June, Ellis’ representative made a “last and final” demand for $3,750, threatening to “turn this matter over to our attorney” in two days. Katz did not respond, and he says he has not yet been sued.

Ellis’ actions have drawn the scorn of others who claim that her litigation threat is an empty one and have dubbed the poet nothing more than a “copyright troll.” Seattle businesswoman April Brown, one of Ellis’ most public detractors, says she received a similar threat from Ellis in 2011 after posting The Dash on her website.

Mineola, N.Y., attorney Oscar Michelen, who has counseled Dash demand recipients, says that $7,500 greatly exceeds a likely judgment for a minimal infringement. Unrepresented parties sometimes agree to excessive settlements because of high litigation costs, and “they are led to believe that their exposure is far greater than it really is,” he says.

“In a civilized society, we should not demonize our opposition with names like ‘troll,’ ” says Seattle attorney Timothy McCormack, who has been vilified for representing copyright plaintiffs. Ellis’ initial settlement demand does not seem unreasonable, he says, given statutory damages of up to $30,000 for most infringements.

For her part, Ellis accuses her critics of a smear campaign, but she has lyrically embraced their insult in The Troll, a new poem:

If protecting my rights
in your eyes makes me a “troll,”
then I’ll wear the badge proudly
and keep fulfilling my role.