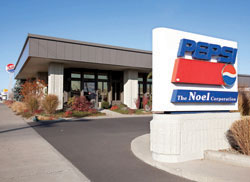 In NLRB v. Noel Canning, the justices will consider whether the president’s recess-appointment power applies to intersession or intrasession position vacancies, or both. Photo by Ron Wurzer.

The office compiled a list of every presidential appointment made during an “intrasession” recess of the U.S. Senate going back to the administration of President Andrew Johnson. An intrasession recess refers to a break, such as the August recess, during one of the two sessions of each two-year Congress. It is in contrast to the “intersession” recess, the period between the two yearlong sessions.

The list includes some real heavyweights, including President Franklin D. Roosevelt’s commission of Dwight D. Eisenhower as a permanent major general of the Army in 1943; President Harry S. Truman’s appointment of Dean Acheson as undersecretary of state in 1945; and President George H.W. Bush’s nomination of Alan Greenspan as chairman of the Federal Reserve Board in 1991.

“It is … apparent that, since the 1860s, at least 14 presidents have made more than 600 civilian appointments and thousands of military appointments during intrasession recesses of the Senate,” Solicitor General Donald B. Verrilli Jr. says in his main brief in National Labor Relations Board v. Noel Canning, which is scheduled for oral arguments Jan. 13.

The most important names on the solicitor general’s list, for the purposes of the case, are Sharon Block, Terence F. Flynn and Richard Griffin Jr., whom President Barack Obama recess-appointed on Jan. 4, 2012, to fill vacancies on the federal labor board. Senate Republicans, who view the NLRB as too pro-labor, had thwarted it from having a full membership for about a decade.

Soon after those recess appointees took office, the board voted to uphold an administrative law judge’s finding that Noel Canning, a family-owned bottling company in Yakima, Wash., had committed an unfair labor practice by refusing to enter into a collective-bargaining agreement it had purportedly forged with a Teamsters Union local.

The company challenged the validity of the NLRB recess appointments before the U.S. Circuit Court of Appeals for the District of Columbia Circuit. That court held that the Constitution’s recess-appointments clause, which says “the president shall have power to fill up all vacancies that may happen during the recess of the Senate,” applies only to the Senate’s intersession recesses.

The appeals court went on to rule that even during an intersession recess, the president could fill only those vacancies that arose during that recess, not those that had occurred before the recess. The court rejected the executive branch’s long-standing view that the word happen in the recess-appointments clause refers to vacancies that “happen to exist” during a recess, as differing from those that “happen to arise” during the recess at issue.

In accepting the Obama administration’s appeal of the decision on intrasession recess appointments and the happen-to-exist issue, the Supreme Court added a third question: whether the president may make recess appointments when the Senate is convening every three days in “pro forma” sessions, with no Senate business being conducted.

In these sessions, designed mainly to thwart the president from making recess appointments, a single senator arrives to gavel the body into session for a moment before adjourning for another three days. Despite Democratic control of the body in late 2011 and early 2012, Republican leaders arranged for pro forma sessions to block Obama. Senate Democrats had used the same tactic against President George W. Bush.

This time, Obama defied the Senate and made the NLRB recess appointments, as well as the appointment of Richard Cordray as head of the Consumer Financial Protection Bureau.

Lawyers for Noel Canning point to the president’s remarks in making the recess appointments. “When Congress refuses to act, … I have an obligation as president to do what I can without them,” Obama said at the time. “I refuse to take no for an answer.”

“There is thus no question that—in this very case—the president exercised his recess-appointment power to evade the Senate’s advice-and-consent role,” the brief for the bottling company says.

Noel J. Francisco, the lead counsel for Noel Canning, noted that either party can “game the system.”

“Remember, the recess-appointments clause was largely meant to be [for] an emergency, where senators were gone on horseback and they really had no ability to provide advice and consent,” he said during a November panel discussion before the Federalist Society. “Well, in today’s modern age, you can re-convene the Senate in an instant.”

Francisco argued that the administration is trying to have its cake and eat it, too, by interpreting “recess” with a colloquial meaning referring to every short break but allowing recess appointees to serve until the end of the full “session.”

“The executive’s schizophrenic construction serves no purpose other than to expand executive power by increasing recess appointees’ terms for up to a year,” Francisco said in his brief.

On all three questions in the case, supporters of Noel Canning point to arguments based on the original meaning of the Constitution.

Michael B. Rappaport, a professor at the University of San Diego School of Law and a scholar of originalism and separation of powers, says the modern notion of intrasession versus intersession recesses are misnomers.

“The Constitution refers to recesses, and it means intersession. Other breaks are referred to as adjournments,” Rappaport says. The solicitor general, on behalf of the executive branch, can point to years of practice, he notes, “but who’s there to stop them? Yes, they’ve been getting away with this for a long time.”

Verrilli, in his brief, says the executive branch does have originalist arguments on its side.

“The phrase the recess was, by 1787, regularly used to describe the equivalent of intrasession breaks of the British Parliament, of state legislatures, of the Continental Congress, and of the Constitutional Convention itself,” Verrilli argues.

On the question of whether recess appointments may be used to fill vacancies that preceded the recess (“existing” ones), the solicitor general notes that attorney general opinions took that view since 1823, and that every federal appeals court to address the question agreed until the D.C. Circuit’s contrary ruling.

“For more than 90 years, the Senate and the executive have agreed on a functional understanding, under which short intrasession breaks of three or fewer days do not trigger the recess-appointments clause, but longer breaks can do so,” the brief states. And in practice, the executive has followed a 1921 attorney general’s analysis suggesting at least a 10-day intrasession break for recess appointments to be made.

Peter L. Strauss, a professor at Columbia Law School, recalls serving as the general counsel at the Nuclear Regulatory Commission under President Jimmy Carter when lengthy vacancies on the panel left it hamstrung from carrying out its duties.

Senate pro forma sessions “are just another mechanism, like the misuse of the filibuster, for breaking government,” says Strauss, who has also written on the topic. “It’s irresponsible on the Senate’s part. The drafters of the Constitution never contemplated that the Senate would fail to exercise its duty to advise and consent in a timely fashion in order to frustrate government activity.”

This article originally appeared in the January 2014 issue of the ABA Journal with this headline: “Recess Time: Court ponders whether the president can make appointments while Congress is out.”