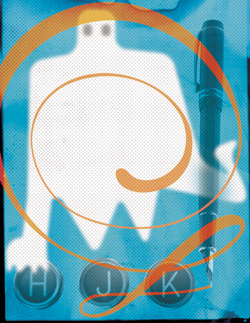 As the recession drags on, one of the things many Americans appear to be cutting back on is hiring lawyers—even though more families are facing legal issues triggered by financial woes.

Evidence of that trend comes from the findings in a recent survey of some 1,000 state court trial judges around the country that was conducted by the ABA Coalition for Justice. A preliminary version of the Report on the Survey of Judges on the Impact of the Economic Downturn on Representation in the Courts was released July 12.

Some 60 percent of the judges responding to the survey said fewer parties were represented by lawyers in civil cases that came before them during 2009, continuing a pattern that began almost a decade ago. And 62 percent of the responding judges said the outcomes were worse for pro se litigants than for parties represented by lawyers in such areas as domestic relations, foreclosures, other housing issues and consumer disputes. Moreover, 90 percent of the judges said increased pro se litigation has had a negative effect on the courts.

But litigants who feel they can’t afford to be fully represented haven’t given up on lawyers completely. Instead, they are seeking help from lawyers on specific aspects of their cases, a phenomenon known as “unbundled” or “limited scope” representation. A lawyer may, for instance, draft a pleading for the pro se client, who files and argues the matter on his or her own behalf in court.

“With the input of lawyers, self-represented litigants can benefit from getting legal advice specific to their factual issues,” states a white paper on ethics and procedural rules governing unbundled legal services that was issued last November by the ABA Standing Committee on the Delivery of Legal Services. “Beyond mere advice, some pro se litigants also need direction on completing their forms in ways that not only make the forms legally compliant but strategically advantageous to the litigant. They can benefit from document preparation” that is “executed with foresight and judgment,” not just done mechanically.

Input from lawyers benefits the courts as well, maintains the white paper, An Analysis of Rules That Enable Lawyers to Serve Pro Se Litigants (PDF).

“The better the litigant is prepared, the more efficiently the court operates,” the report states. “While judges would no doubt prefer fully represented litigants, the choice in most venues is a self-represented litigant who is well-prepared or one who is not. Courts can avoid litigants who are in a perpetual revolving door when those litigants have access to the services lawyers provide.”

Courts and ethics regulators have traditionally been reluctant to permit pleadings ghostwritten by lawyers out of concern that they might give pro se litigants unfair advantages, in some way mislead courts and encourage frivolous litigation.

But an ABA ethics opinion issued in 2007, along with changes in ethics rules or civil procedure rules in a growing number of jurisdictions, suggests that the regulatory barriers to pleadings ghostwritten by lawyers are breaking down, but slowly.

“The law is not very well-developed in this area,” says Richard T. Cassidy, a partner at Hoff Curtis in Burlington, Vt., who chairs the Standing Committee on the Delivery of Legal Services. In jurisdictions where ghostwritten pleadings are permitted, he says, “the courts break down to three groups: One doesn’t care. One says if you’re going to do this the fact that a lawyer prepared a document has to be disclosed by the lawyer but [he or she] doesn’t have to be identified. And the third is that the lawyer has to be identified.”

The third approach “is appealing to the courts in wanting to apply traditional pleading standards but creates some real problems,” says Cassidy. “Does the filing of the document mean the lawyer has ‘appeared’ in the case? In most cases, once you’re in, you can’t get out unless the court gives you permission.”

In a 2007 opinion (PDF), the ABA Standing Committee on Ethics and Professional Responsibility concluded that, under the association’s Model Rules of Professional Conduct, a lawyer may write “submissions” for court on behalf of a pro se litigant without disclosing the nature or extent of the lawyer’s assistance. (The ABA Model Rules are the direct basis for professional conduct rules for lawyers in every state except California.)

“In our opinion, the fact that a litigant submitting papers to a tribunal on a pro se basis has received legal assistance behind the scenes is not material to the merits of the litigation,” stated the ethics committee in Formal Opinion 07-446 (issued May 5, 2007). Acknowledging concerns that ghostwritten pleadings absent disclosure might give unfair advantages to pro se litigants, the committee stated, “We do not share that concern and believe that permitting a litigant to file papers that have been prepared with the assistance of counsel—without disclosing the nature and extent of such assistance—will not secure unwarranted ‘special treatment’ for that litigant or otherwise unfairly prejudice other parties to the proceeding.”

About a dozen states have adopted revised rules of civil procedure or have interpreted their ethics rules for lawyers to permit pleadings to be ghostwritten by lawyers on behalf of pro se litigants. The key area of variation is the extent to which the lawyer must disclose his or her participation in preparing the pleadings.

In April, the ethics committee of the New York County Lawyers’ Association issued an opinion on ghostwriting (PDF) that reaches essentially the same conclusion as the ABA opinion.

“It is now ethically permissible for an attorney, with the informed consent of his or her client, to play a limited role and prepare pleadings and other submissions for a pro se litigant without disclosing the lawyer’s participation to the tribunal and adverse counsel,” states the opinion. Disclosure need only be made where “necessary”—when a procedural rule requires it, by court rule, by a particular judge’s rule, by a judge’s order in a particular case, or in other situations when a failure to disclose the ghostwriting would constitute a misrepresentation.

In cases that demand disclosure, states the opinion, “the attorney need not reveal his or her identity and may instead indicate on the ghostwritten document that it was prepared with the assistance of counsel admitted in New York.”

Barry Temkin, who chairs the bar’s ethics committee, says the opinion was prompted by the ABA’s opinion, as well as new rules issued by the appellate division of the state courts that permit, with proper notice, limited-scope representation.

“We are in the middle of a change in the law,” says Temkin, who is of counsel at Mound Cotton Wollan & Greengrass in New York City. “In our opinion, there’s a split in the authorities. In 2007, the ABA approved undisclosed legal assistance to a pro se litigant, and we found that opinion to be very persuasive. The ABA says limited-scope representation is presumptively permissible, so we wanted to help out the bar by saying when we think disclosure is necessary under the New York appellate rules.”

In Temkin’s view, permitting limited-scope representation and nondisclosure of attorney participation will help make legal services more readily available. “There’s a need to provide more legal services to the indigent and the working class; and for people who couldn’t otherwise afford the services of a lawyer, the client can pay for the writing but otherwise wants to represent herself.”

Temkin says his committee issued its opinion “to open up a dialogue on this issue and to permit more ghostwriting, but we don’t want it to be used as an excuse to mislead or defraud. We are taking a middle road.”