Shrinking legal spending: Corporate clients cut back on outside representation 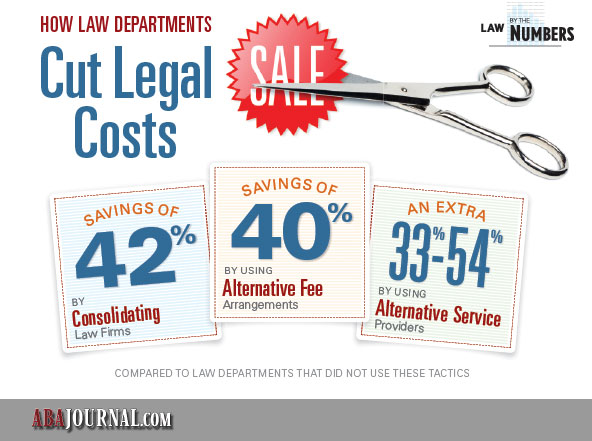 One interesting side note: Though Huron Legal study respondents reported an average savings of 40 percent in using alternative fee arrangements, a Fulbright & Jaworski litigation survey of in-house counsel—released a month later—found the percentage of companies using AFAs had dropped 10 percentage points to 52 percent between 2011 and 2012 in the United States and the United Kingdom.

“Survey participants represented 114 companies in diverse industries with a total annual legal spend of $2 billion,” the Huron survey notes. “Individual companies’ legal department spend ranged from $245,000 to $320 million. While the majority of participating law departments were based in the United States, over a quarter had attorneys in global locations.” The Huron study was done in alliance with the General Counsel Forum.

A copy of the report can be downloaded at the Huron Consulting Group’s website.