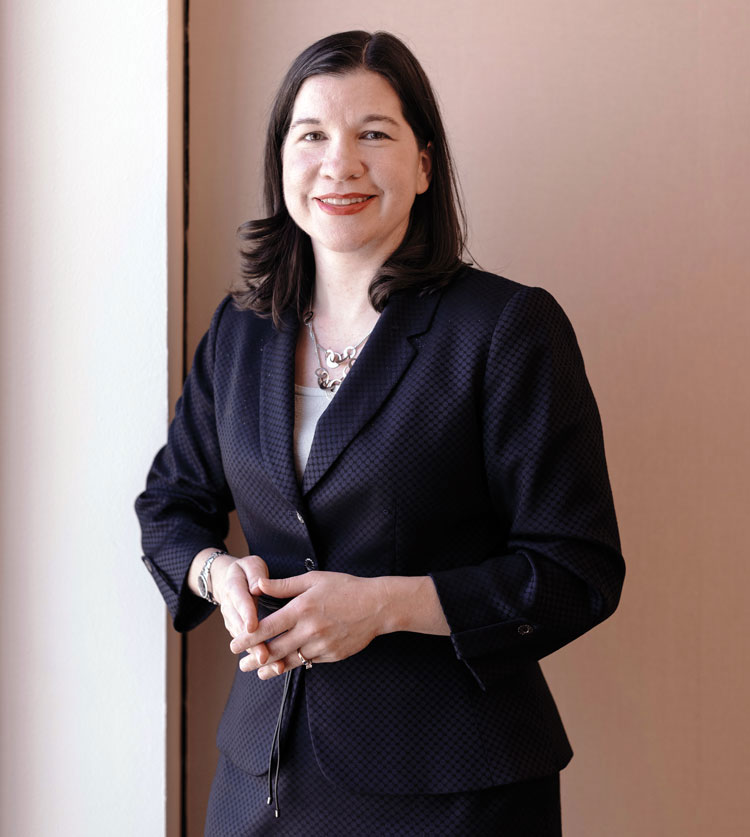 On the evening of Aug. 29, 2017, Keri Brown got a text message about the growing surge of more than 10,000 people seeking refuge from Hurricane Harvey’s floods at Houston’s George R.  Brown Convention Center. She tucked her children into bed at 9:30 p.m. and headed for the ad hoc shelter.

Soon after meeting there with someone from Lone Star Legal Aid, Brown, as the partner overseeing pro bono efforts in Baker Botts’ 200-lawyer Houston office, put out a call within the firm for volunteer lawyers to handle triage for those suddenly forced out of their homes, likely out of work for a while and facing unexpected and untold legal challenges—from damage claims to child custody matters. Quickly, 42 lawyers committed to working shifts over the next two days at the convention center and, as the crowds spilled over, also at the Toyota Center and the NRG Park sports and convention complex.

Brown also posted for help on TL, the Texas Lawyers page on Facebook. In a flash, 38 members of that fast-growing social media community signed up, and she had enough volunteer lawyers.

Hurricane Harvey, and then Hurricane Irma two weeks later in Florida, proved to be the coming of age for social media, particularly Facebook and Twitter, as useful tools for court systems and the legal profession, including the private, organically grown Texas Lawyers page, when dealing with such emergencies.

“Within an hour of posting on TL, every shift was filled and I was turning people away, saying ‘Just wait,’” Brown says of the response from the Facebook group, which some believe is unique in the nation. She had joined the social media page—now with more than 8,000 members—two years earlier.

The TL group has become a hive for practitioners in various practices across the state, skewing toward solos and small firms, although attracting some, such as Brown, from bigger firms. Launched in 2014, TL has become both useful and entertaining, with the comfort level raised by Rule No. 1: no judges.

A repository for shared knowledge and information in wiki fashion, TL is a trusted source for how-to help and tips from experienced practitioners, for cross-state referrals, advice on the unwritten rules and realities of various courts, and a free-wheeling social gathering spot for political discussions, humor and surveys, such as one for the best way to cook bacon. Consensus: in the oven at 350 degrees for 15 minutes.

“Hurricane Harvey was the first real test for us,” says Andrew Tolchin, an attorney-mediator in the greater Houston area who created the Texas Lawyers page and whose mediation skills gained high marks when applied to disputes there, especially in the politics nook. TL had been adding about seven new members daily, but that rate more than doubled when the storm hit. “My sense is that hundreds, even thousands, of attorneys got a handle on flood law and some peace of mind with access to such timely, on-point information in their Facebook feed.”

When Tolchin, an elected member of the board of directors of the State Bar of Texas, posted a notice about the bar offering a free CLE course on flooding and recovery, it got 200 shares. “I’ve never gotten that many before,” he says. “You’re lucky to get that many for something other than a cat photo.”

One TL member’s cat did get attention. Stranded by flooding, the lawyer posted that she was unable to pick up prescription medicine for her pet. Another member got it and left it at an office near her that she could reach.

Tolchin is not indulging in Texas-size speak when he adds, “It’s maybe the largest such group of just attorneys, maybe from a single state, but I think anywhere.”

Even if it is sui generis, similar Facebook groups likely will develop in other states as the use of social media increases.