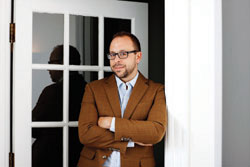 Solo practitioners can’t always go it alone. There comes a time when the business is growing, the workload is increasing and it’s time to hire help. And that can be a challenge. Not only do you have to decide who to hire, you need to take a step back and decide how to hire and then how to manage that new hire.

For solos like Erik Pelton, hiring an employee for the first time wasn’t covered in law school.

Pelton, a trademark attorney in Arlington, Virginia, also notes that nothing in his prior experience with the U.S. Patent Office prepared him for starting his firm in 1999. “It was a total bootstrap operation,” he says.

So early on in his solo practice, he had to decide whether it would be worth it to pay an employee. “When you’re a solo, it’s the chicken and egg,” he says. “You can’t afford to spend more money until you have the money. But it’s worth taking the risk. You can’t grow if you don’t.”

Indeed, as Pelton’s business grew, so did his needs. “The first thing I needed was administrative and organizational help,” he says. “The first person I hired was essentially an office manager.”

Pelton was lucky to find his first employee by word of mouth. But after that person left, he didn’t rely only on personal contacts for referrals. He advertised on Craigslist and posted advertisements for interns on job boards at area law schools.

That strategy brought in a lot of applicants and a lot of work culling the list. Lesson learned. Pelton now screens applications before calling anyone. Like any good lawyer, Pelton also has taken steps to safeguard his practice. He created employment contracts to protect intellectual property and trade secrets, and he established rules of conduct for employees.

Tax lawyer Bill Lowrance, who went solo in 2000 after leaving the IRS, found himself overwhelmed when he first tried to hire help for his Fairfax, Virginia-based practice. “I didn’t know anything,” he says. “I subleased a space, got a website and a computer, did some marketing and blogging.”

He put an ad on Craigslist and was deluged with responses. “You don’t want to do that so you don’t get 100 responses all saying the same thing. It’s a lot of time.”

The last time he hired help, Lowrance decided to use good, old-fashioned word of mouth. An attorney friend recommended a lawyer who had put her legal career on hold to raise her children. “Everyone she interviewed with rejected her because she had been a stay-at-home mom for too long,” Lowrance says.

“I was willing to give her a chance,” he says. “She is really smart and worked out really well. She has lots of initiative.”

This article originally appeared in the August 2014 issue of the ABA Journal with this headline: “Plus One? Solos sometimes need help hiring help.”

Pelton offers these issues for lawyers to consider when hiring:

• What are your specific needs? Do you want full- or part-time help?

• What will you pay?

• What standards will you use for employee eligibility and screening?

• Personality and character are as important as experience and skills. Skills can be learned. Trust, dedication and integrity should be high on your list.

• How will you handle payroll, benefits, income tax withholding?