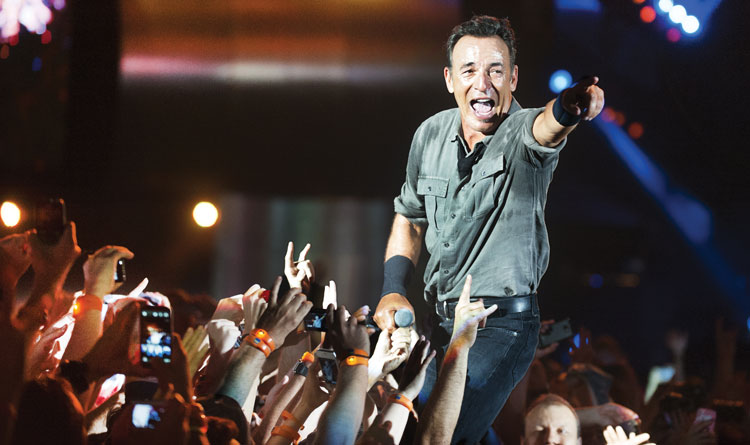 There was a nor’easter last March when I drove down from Vermont to see Bruce Springsteen’s live show on Broadway. The ticket was outrageously expensive. But I had never seen Springsteen live; this was a once-in-a lifetime opportunity to see “the Boss” perform in a small venue.

The storm was brutal, and it was a harrowing struggle to make it down to New York City in time for the show. Cars slid off the highway and there were several crashes. The traffic dead-stopped in Massachusetts for an overturned semitrailer. Miraculously, the traffic thinned closer to the city; many drivers were, thankfully, staying off the roads. There was just enough time to check in at my hotel on the east side. The city seemed dead now, and there weren’t any cabs. I borrowed an umbrella from the bellman and headed crosstown. As I walked, the crosswind and sleet picked up. My umbrella turned inside out and folded into pieces. I was completely soaked by the time I arrived at the Walter Kerr Theatre on West 48th.

I had a terrific seat just above the stage. It must have been a return or cancellation because of the anticipated arrival of the storm. And now the theater was filling. Certainly, it didn’t look like what I had imagined a typical Springsteen audience to be. The patrons seemed well-to-do, meticulously dressed and coiffed. Many were my age, late middle-aged. I’m the same age as Springsteen, both of us born in 1950. At precisely 8 o’clock, Springsteen came out without fanfare. There was only a piano on the bare, sparsely lit stage. Springsteen wore a black T-shirt and tight, black stovepipe jeans and carried a guitar. He seemed so close that I could almost reach out and touch him. 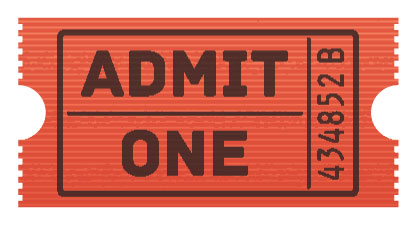 Springsteen’s spare set, and his skill in distilling the complexities of his life into simple stories, would define his performance and inspire me to draw my own storytelling lessons—lessons that can be useful to lawyers.

I was struck by Springsteen’s physicality and by his strength and self-possession. He had performed the same show for many months by then. Night after night he had said these same words over and over, had sung the identical songs. Yet Springsteen was immersed in the moment. As he put it, “People come to see you be completely present. Anytime you’re trying to do that, it takes a lot of energy.”

Springsteen sang and played as if his life depended upon it. Perhaps it did. This was what he had been born to do. His performance was his gift to the audience. And I was riveted.

Although Springsteen had never written or directed a Broadway show, he knew exactly what he was doing. He played a set list that spanned his career, abetted by commentary adapted from his autobiography, Born to Run. While the performance seemed spontaneous, it was not; it was a meticulously scripted composition. Springsteen even had a teleprompter displaying the text of his monologue in soft light at the back of the theater. But I never noticed. It was as if he was speaking directly to me, with nothing between us.

Springsteen had pared down the vast canvas of his 500-page autobiography and the endless repertoire of more than 50 years of songs, retrofitting story pieces and song selection into three movements or acts with a clear narrative arc—beginning, middle and end.

There were only 15 songs on Springsteen’s set list. The story was all about his journey. The journey is a common metaphoric container—it also captured my memories of coming to see him perform. Of course, Springsteen’s artistic journey spanned a lifetime.

The first movement was autobiographical: Springsteen’s early years in South Jersey (four songs). The second movement was his escape out of Jersey: his Homeric professional odyssey across the musical American landscape (four songs) where he finds a complex and redeeming love with Patti Scialfa (two duets). The third movement is marked by his return, including performance of six classic Springsteen songs (two combined), looking back in time and rediscovered with newfound present-tense meanings.

The show was more than merely a collection of songs or of spoken explanations wedded to songs, something much different than the conventional Broadway show or musical. It was performance poetry. As Springsteen observed, his artistic mantra was that adding one and one together had to make three; the whole had to be much more than merely the sum of the parts.

Springsteen’s advice for aspirational rock stars fits for lawyers too: “You will need to depend upon more than your instincts. You will need to develop some craft and creative intelligence that will lead you farther when things get dicey.”

Storytelling for Lawyers. This article was published in the September 2018 ABA Journal magazine with the title “Just the Ticket: 3 storytelling lessons useful to lawyers can be gleaned from Springsteen on Broadway.”