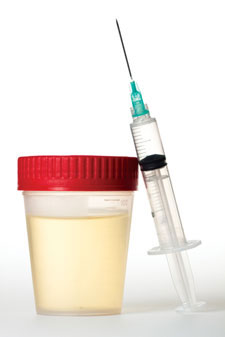 Want to don a black robe and dole out justice? In at least two states, judges may find themselves having to first submit hair or urine samples.

In the last year, legislators in Ohio, Oklahoma and Puerto Rico have introduced bills attempting to subject judges and other state officials to drug testing, according to the National Center for State Courts.

In Ohio, legislators proposed mandatory drug testing for supreme court justices, state legislators and others, including recipients of Troubled Asset Relief Program money. A bill in Oklahoma, which would establish mandatory drug testing for TARP recipients and all “state elected officials,” would require those declining testing to submit to substance abuse programs. And in Puerto Rico, proposed legislation requires those nominated for a judicial office to submit a hair sample for drug testing. All these bills have been carried over into 2012.

William D. Missouri, a retired judge in Prince George’s County, Md., and chair-elect of the ABA’s Judicial Division, says, “My suspicions are that this is another attempt to erode the independence of the judiciary.” Missouri, who says he finds no rational basis for any of the legislation, planned to raise the issue with the Judicial Division Council at the ABA’s midyear meeting in early February.

This is not the first time legislators have tried to mandate drug testing for judges. In 1997, Louisiana mandated drug testing for certain recipients of public assistance and enacted a process for random drug testing of all “elected officials.” A federal court later struck down the law, but that did not deter a 2006 attempt to amend the state’s constitution and the introduction of another bill that targeted state judges for drug testing.

The rationale? Legislators were concerned that “the use of illegal drugs by judges will put the citizens of the state of Louisiana in danger because judges who use illegal drugs cannot provide the state and its citizens with fair and impartial trials,” according to the bill’s legislative history.

Similar efforts have been made in Missouri and Oregon. New Mexico and South Carolina have opted for voluntary drug testing for all elected officials. All these bills died in committee.