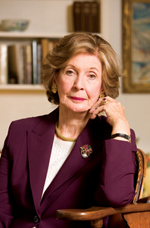 After a quarter-century of frustration, advocates for U.S. ratification of the U.N. Convention on the Law of the Sea are hoping their ship is finally about to come in.

It’s not there yet, however, and proponents are wary of experiencing déjà vu all over again.

The Senate Foreign Rela­tions Committee caused an initial wave of excitement when it voted 17-4 in late October to report the convention to the full Senate. Since then, the matter has stalled. There is just enough opposition to doubt whether the necessary two-thirds Senate majority (67 votes) can be mustered for ratification. The scenario is similar to 2004, when the Foreign Relations Committee favorably reported the convention, but it was not brought to a vote.

Supporters of the convention say there is now momentum for ratification that wasn’t there before.

“It will go through; we will win it, but it’s a tough fight,” says John Nor­ton Moore, director of the Center for Oceans Law and Policy at the Uni­versity of Virginia School of Law in Charlottesville. He serves as a counselor to the ABA Standing Commit­tee on Law and National Security.

The treaty has a growing list of advocates. Those supporters include the U.S. Joint Chiefs of Staff, the Coast Guard, the State Depart­ment, the shipping and fishing industries, the petroleum industry and many environmental groups.

The treaty also has widespread bipartisan support in the Senate—six of the 10 Republicans on the For­eign Relations Committee joined their Democratic colleagues in voting to report it to the full Senate.

And in May, President Bush issued his first public call for ratification.

Joining the 154 nations (and Euro­pean Union) that have become parties to the treaty since it was final­ized in 1982 “will serve the national security interests of the United States, including the maritime mobility of our armed forces nationwide,” said Bush. “It will secure U.S. sovereign rights over extensive marine areas, including the valuable national resources they contain.”

Ratifying the treaty also will promote environmental interests and “will give the United States a seat at the table when the rights that are vital to our interests are debated and interpreted,” said the president.

The ABA has supported U.S. accession to the Law of the Sea Con­vention since 1994, when it went into effect after the 60th U.N. member state ratified it. The convention creates a structure to allow mem­­ber states to address issues relating to navigation, territorial and resource rights, and environmental protection on the seas that cover some two-­thirds of the world’s surface.

“It is difficult to conceive of any reason why the United States should not be a party to, and take a leading role in, advancing the rule of law as it applies to the seas,” said ABA President William H. Neukom of Seattle in a written statement (PDF) submitted to the Senate Foreign Rela­tions Committee in September.

“It will serve our inter­ests for as long as we are bordered by two great oceans. Looking to the future, rat­ification would also do much to re-es­tablish our credibility as a nego­tia­ting partner and leader, as we have always been, in furthering the rule of law in the world.”

And then there’s the arctic. the changing climate near the North Pole —widely interpreted to be a result of global warming—has raised specu­lation among scientists, energy companies and governments that the re­gion could be a feasible source of oil, gas and minerals.

Experts say the Law of the Sea Convention will be crucial to allocating rights to those resources, especial­ly among the nations that potentially could claim sovereignty over some regions of the Arctic: Russia, Canada, Norway, Denmark (which controls Greenland) and the United States. (A separate international agreement governs Antarctica.)

The convention provides a framework for discussing access to resources in the Arctic, says David D. Caron, a co-director of the Law of the Sea Institute at the University of California at Berkeley. But, he notes, “it becomes more complicated if we don’t participate. Our voice is diminished by not being part of the treaty, even though we’ll still be heard if we yell louder.”

The irony is that the United States still stands outside the convention—it’s the last major industrial or maritime nation to put off ratification— after playing such a vital role in the six-year drafting process that began in 1974, says Moore.

“This is one of the clearest and strongest victories for the United States in the history of multilateral negotiations,” he says. “The United States did very well on the merits.”

Among the provisions that favor U.S. interests, say Moore and other convention proponents, is the rec­ognition of a 12-nautical-mile boundary of territorial waters for coastal nations as well as resource management rights within a 200-nautical-mile exclusive economic zone. (A nautical mile is equivalent to 1.15 statute miles.)

As a party to the convention, the United States would have the largest EEZ of any nation in the world, according to briefing materials prepared by the ABA Governmental Affairs Office.

The convention also grants coastal nations sovereign rights over natural resources in the continental shelf extending from their shores and further grants rights to conduct deep seabed mining in designated areas of the ocean floor (although none is under way at this time).

A catch for the United States, how­ever, is that a member state must make its claim to continental shelf areas to a special commission within a decade after ratifying the convention. Because it hasn’t ratified the convention, the United States can’t file a claim with the commission, which will issue recommendations on which claims to the continental shelf should be recognized.

Those deadlines could be par­ticularly important because the Commission on the Limits of the Con­tinental Shelf is likely to be the body that determines whether claims by various nations to devel­opment rights over regions of the Arctic have merit.

When Russian scientists dropped a titanium version of their national flag on the ocean floor under the North Pole, the gesture was symbolic, Caron says. More significant, he says, is the claim Russia filed with the commission that the Lomonosov Ridge, which reaches deep into the Arctic, is an extension of its continental shelf. Meanwhile, Denmark has suggested that the ridge actually is connected to Greenland. Experts say any solution will likely involve direct talks between claimant nations.

From a national security standpoint, the Law of the Sea Conven­tion is important because it calls for coastal states to recognize the right of “innocent passage” through their waters by both naval vessels and commercial ships. It grants ship and aircraft passage through straits used for international navigation, many of them in strategically sensitive areas.

Taken together, these provisions represent “an astounding expansion of U.S. sovereignty,” says Moore.

Opponents of the convention don’t see it that way. Instead, they maintain that the convention would deprive the United States of sovereign rights. In particular, their concerns focus on the potential powers of three bodies created by the convention to consider disputes over the use of the oceans.

In addition to the Com­mission on the Limits of the Continental Shelf, the International Seabed Authority was created to oversee mining and other commercial activities on the ocean floor. The Inter­national Tribu­nal for the Law of the Sea was created to adjudicate disputes submitted to it that arise out of interpretation and application of treaty provisions.

A common complaint of convention opponents is that these bodies would amount to a “nautical U.N.” empowered to limit U.S. rights on and under the seas.

But convention supporters say those bodies do not in most cases have ultimate decision or enforcement powers, but rather were created to give nations a framework to seek resolutions to disputes. They note that the convention also provides for other dispute resolution mechanisms, including arbitration, which the U.S. government has indicated it favors.

Moreover, convention proponents suggest that the U.N. comparisons reveal the ideological basis for much of the opposition. “This is a serious isolationist attack on reasoned U.S. foreign policy,” Moore says.

One of the greatest risks for the United States in not ratifying the Law of the Sea Convention is that it will be left out of the process for deciding issues in the future that relate to navigation, commercial use and environmental policies for the oceans, says Margaret Lynch Tomlinson of Washington, D.C., who chairs the Law of the Sea Committee in the ABA Section of International Law.

Recasting customary law of the sea into the framework of an inter­national treaty “was a huge step forward,” says Tomlinson, but now the United States must recognize that the law created by the convention “is not a static thing. Obviously, in the future there will be more changes. The United States needs to be involved in those discussions or they’ll get out of our control.”

The question is how effectively the United States will exert its influence, Tomlinson says. “We’ll always defend our national security interests,” she says, “but there’s a difference between leadership and just asserting yourself in a military way.”

U.N. Convention on the Law of the Sea

Law of the Sea Institute