Substance abuse and mental health issues are a growing problem for the legal profession, say experts 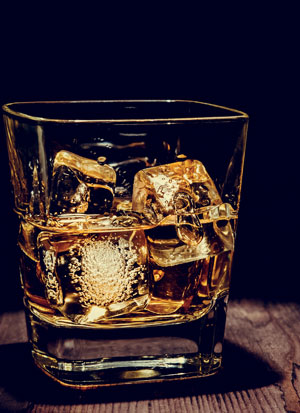 In August 2014, the ABA Commission on Lawyer Assistance Programs and the Hazelden Betty Ford Foundation announced that they were collaborating on a major research project to survey current rates of substance abuse, depression and anxiety among licensed attorneys throughout the United States.

“Available estimates peg the addiction rate of attorneys to be roughly twice that of the general population,” said Patrick R. Krill, director of the foundation’s legal professionals program in a joint news release announcing the project. “Those estimates are quite dated, though, and it appears the problem may be growing even worse. It’s time to update the research and in doing so highlight the apparent need to devote more attention and allocate greater resources to this important issue.”

Now, as the two entities prepare to issue their report on the survey findings, it appears that Krill’s fears have been confirmed.

“What we found is trouble,” said Krill, who presented some of the survey’s preliminary findings at a program sponsored by the Hazelden Betty Ford Foundation on Sept. 22 in Chicago. He said the number of problem drinkers in the legal profession is more than double that of the general population—and he cautioned that even that figure may be an overly conservative estimate. “The reality is that careers in the law carry with them heightened risk of problematic and dangerous lifestyles, overall lack of wellness, addiction and other mental health concerns,” said Krill, noting that the problem reaches into the judiciary and law schools. The foundation is based in Center City, Minnesota.

Citing just a few findings, Krill said 21 percent of the attorneys responding to the survey acknowledged that they are problem drinkers, 28 percent struggle with depression, 19 percent experience anxiety, and 11.5 percent have reported suicidal thoughts. The project surveyed 15,000 lawyers around the United States during 2014 and 2015.

COLAP chair Terry L. Harrell, who spoke on the same panel with Krill, said the issues facing lawyers cover a wide range, from substance abuse and other addictive or self-destructive behaviors to physical problems, isolation, complications of aging and disruption of careers. Harrell, the executive director of the Indiana Judges and Lawyers Assistance Program in Indianapolis, said the data from the new survey will help the network of lawyer assistance programs around the country to define the scope of the problems attorneys are facing and to develop more effective responses. Since the 1980s, lawyer assistance programs have been established in every state. Many local bars also sponsor lawyer assistance programs.

Harrell, Krill and other speakers at the program expressed no surprise that lawyers often turn to alcohol or drugs, or slip into depression as they try to cope with the pressures of their work. And they agreed that one of the chief culprits is the billable hour—what one of the speakers described as “the lawyer’s curse.”

“Time is money, and money is always an issue,” said Susan Fox Gillis, an associate judge of the County Division in the Circuit Court of Cook County, which encompasses Chicago. Cases, clients, billing and collecting—not always in that order—take center stage, she said, while most lawyers put their own emotional and physical needs last.

That can trigger a “death spiral of neglect,” said Harrell, in which lawyers—especially sole practitioners—find themselves in crisis with such illnesses as addiction, anxiety or depression. Many times they will even stop opening their mail or taking telephone calls. “Things they seemed to enjoy begin to slip away, and by the time they get to treatment, any notion of wellness is a distant memory,” Krill said.

Substance abuse plays a role in 40 percent to 70 percent of all disciplinary proceedings and malpractice actions against lawyers, said Krill. Assistance programs can help those lawyers by taking them “off discipline’s plate,” said Harrell, and getting them into recovery or other treatment. Generally, a lawyer assistance program does not have to report a lawyer’s misconduct to the state disciplinary agency when the lawyer is seeking help through the program.

The title of the September program was “Making the Case for Personal Wellness: Building Healthy Lifestyle Practices in the Legal Profession,” and speakers said that achieving wellness can be key to avoiding the problems of addiction, depression and related disorders that haunt so many lawyers.

As a concept, wellness may seem a bit hazy; but in effect, it is the ultimate goal to be achieved through work-life balance. Unfortunately, the panelists said, it’s not a goal that has taken hold within the legal profession, which lags behind corporate America in embracing wellness initiatives. “It’s hard for lawyers because we are the problem solvers,” said Robin M. Belleau, executive director of the Illinois Lawyers’ Assistance Program in Chicago. She urged lawyers to “say no” and to realize that they can’t be all things to all people. Lawyers can achieve better work-life balance, she added, when they begin prioritizing, delegating, asking for help, making choices about what’s important in life and practicing self-compassion.

But how to get there? One way is what many experts call “mindfulness.” For members of a profession dominated by black-letter rules and a desire for clarity, the broad contours of mindfulness may be difficult to grasp, at least initially.

Mindfulness is described as “an ancient method of deliberate, moment-to-moment attention” on the website of the Initiative on Mindfulness in Law & Dispute Resolution, which is at the Fredric G. Levin College of Law at the University of Florida. “A person cultivates mindfulness through meditation, then applies it in daily life. It can help people deal better with stress, develop self-awareness and understanding of others, improve concentration and creativity, and perform better in their work.”

As Kyra M. Hazilla, an attorney-counselor at the Oregon Attorney Assistance Program in Portland, puts it, mindfulness “helps people use their mind to change their brain a little bit.”

There are signs that lawyers are beginning to recognize the benefits of mindfulness. Jeena Cho, a bankruptcy lawyer at the JC Law Group in San Francisco, says she was facing burnout earlier in her career when she signed up for a mindfulness-based stress-reduction program at Stanford University. “I was waiting for the other shoe to drop all the time,” she says, until practicing mindfulness helped teach her that, while external forces at work were outside of her control, she did have control over her unproductive or unhelpful thoughts.

Now Cho provides mindfulness training to other lawyers. She also is the co-author, with Karen Gifford, of The Anxious Lawyer: An Eight-Week Guide to a Happier, Saner Law Practice Using Meditation, which will be published in March by the ABA. Gifford is a former litigator who now works at Ripple Labs, a startup company that develops systems to help banks make direct payments and fund transfers to each other. 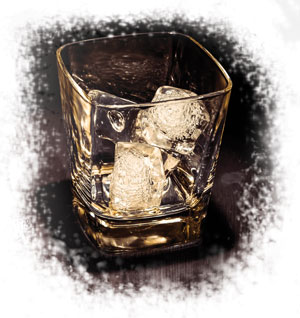 In October, the Oregon Attorney Assistance Program began a six-session course for lawyers who want to learn how to implement mindfulness-based practices in their lives. In Ohio, the Cincinnati Bar Association offers a lecture series on mindfulness. And the New York City Bar Association is among the lawyer organizations that sponsor a contemplative lawyers group.

About 40 U.S. law schools also offer some form of mindfulness programs, said speaker Leonard L. Riskin, a law professor and director of the initiative at the University of Florida. Law students are suffering more mentally and emotionally, he maintained, and being treated more for addictions and depression, than in the past.

“Addiction and wellness cannot coexist— or cannot coexist for long,” said Krill at the recent program in Chicago. “Incorporating and prioritizing wellness is what we need to do.”

This article originally appeared in the December 2015 issue of the ABA Journal with this headline: “Big Trouble: Experts say substance abuse and mental health issues are a growing problem for the legal profession.”