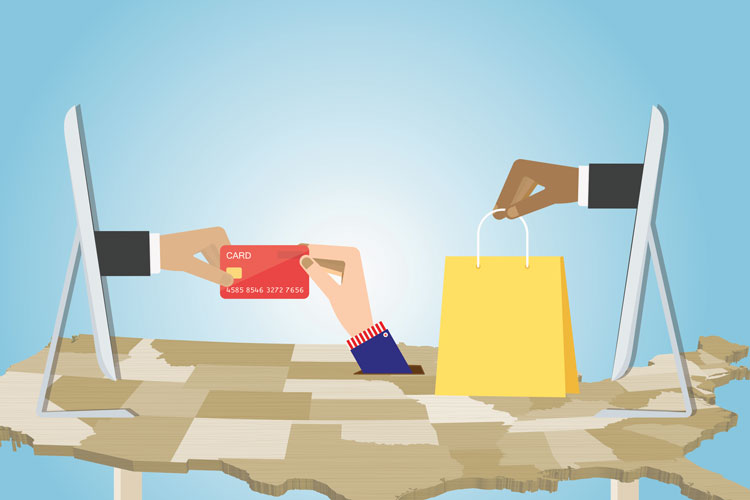 About a quarter century ago, those seeking office supplies probably had a variety of possible sources, but buying on the internet wasn’t yet one of them. Amazon.com was two years away from being founded, and brick-and-mortar chains such as Staples and Office Depot were in their infancy.

The average consumer in a state such as North Dakota could turn to an old-school catalog retailer. The Quill Corp., a national retailer founded in 1956, provided a catalog with multiple choices in office equipment and supplies. It had about 3,000 customers in North Dakota who got an extra benefit from ordering: The catalog company did not collect the state sales or use tax.

In a challenge by the state, the U.S. Supreme Court soon agreed with the retailer. In Quill Corp. v. North Dakota, the justices ruled in 1992 that the state’s enforcement of a use tax against Quill placed an unconstitutional burden on interstate commerce.

The decision had enormous consequences that were not necessarily foreseen at the time. Now, in a new case brought by North Dakota’s southern neighbor, the high court may be poised to overrule the 26-year-old precedent. In South Dakota v. Wayfair, set for argument on April 17, the justices will consider whether to overrule Quill and uphold a law that requires most out-of-state internet retailers to collect sales tax.

The court in Quill stood by an earlier decision about taxation of out-of-state sales, National Bellas Hess v. Department of Revenue in 1967, which imposed a “physical presence test” requiring sellers to have a physical nexus to the state, such as an office or a warehouse.

In 1992, the court questioned the validity of the physical presence test because of intervening rulings but stuck with the Bellas Hess rule as a matter of stare decisis, as well as the idea that mail-order retailers faced difficulties in complying with tax obligations from about 6,000 separate state and local taxing jurisdictions nationwide.

The retail landscape would soon change dramatically, of course. Amazon was founded in 1994 and e-commerce took off, fueled in part by the effective discount consumers received by not having to pay sales tax on most purchases. The advent of smartphones boosted web commerce to higher levels to the point where brick-and-mortar stores face an uncertain future.

“The way commerce was conducted in 1992 compared with 2018, there’s just nothing in common,” says Oren Teicher, CEO of the American Booksellers Association. “Everything has been turned on its head.”

AN INVITATION FROM A JUSTICE

The states, meanwhile, have been losing out on billions in sales tax revenue over the years (one estimate cited in court papers suggests they’ll lose about $34 billion this year). This comes as some big internet retailers have begun collecting sales tax regardless of whether they have a physical presence in the buyer’s state.

Amazon, which increasingly has a physical presence across the country through warehouses, its purchase of Whole Foods and its bookstores, collects sales tax on items it sells, although not on items sold by its affiliated sellers.

The states, along with some brick-and-mortar retailers and mom-and-pop stores that have been on the losing end of Quill, have urged Congress to come to their rescue. But federal lawmakers have not acted, partly to maintain the growth of e-commerce and partly out of a fear any action they took would be perceived as a tax increase.

In 2015, however, the states got a boost from Justice Anthony M. Kennedy.

In a concurrence in a Colorado case related to state sales and use taxes, Kennedy called for the court to re-examine Bellas Hess and Quill.

“There is a powerful case to be made that a retailer doing extensive business within a state has a sufficiently ‘substantial nexus’ to justify imposing some minor tax-collection duty, even if that business is done through mail or the internet,” Kennedy wrote in Direct Marketing Association v. Brohl. “This argument has grown stronger, and the cause more urgent, with time.”

Kennedy, who had joined the result in Quill, noted that e-commerce sales were totaling more than $3 trillion per year in the United States.

“Because of Quill and Bellas Hess, states have been unable to collect many of the taxes due on these purchases,” Kennedy continued. “States’ education systems, health care services and infrastructure are weakened as a result.”

“The legal system should find an appropriate case for this court to re-examine Quill and Bellas Hess,” Kennedy concluded.

South Dakota, which has no state income tax, relies heavily on its sales and use taxes. In 2016, lawmakers passed SB 106, which imposes an “economic presence test” on out-of-state retailers to subject them to sales tax liability. The measure applies to any retailer with at least $100,000 in sales or at least 200 individual transactions in the state.

This article was published in the April 2018 issue of the ABA Journal with the title "Taxing question: The high court weighs whether internet retailers must collect state sales taxes/"