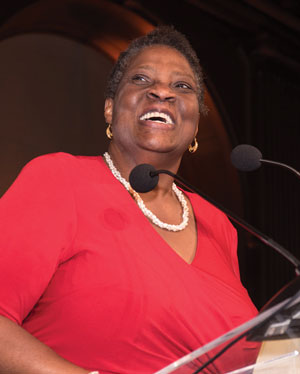 The June 2015 opinion (PDF) dealt with a claim against the Texas Department of Housing and Community Affairs. It alleged that the department disproportionately gave tax credits to developers of low-income housing in minority inner-city Dallas neighborhoods, while denying the credits in suburbs with large white populations. The Inclusive Communities Project brought the case, alleging that the state agency’s actions led to segregated housing, in violation of the Fair Housing Act.

The nonprofit group sought to make a showing of disparate impact. Justice Anthony M. Kennedy wrote the majority opinion, which found that the Fair Housing Act is focused on outcomes of actions, rather than intent, so disparate-impact claims are recognizable under the federal law.

“Recognition of disparate-impact liability under the FHA also plays a role in uncovering discriminatory intent: It permits plaintiffs to counteract unconscious prejudices and disguised animus that escape easy classification as disparate treatment,” Kennedy wrote in Texas Department of Housing and Community Affairs v. Inclusive Communities Project. “In this way, disparate-impact liability may prevent segregated housing patterns that might otherwise result from covert and illicit stereotyping.”

“Implicit bias is an idea that’s start-ing to catch on. It’s been something that people initially said was kind of nutty, but now you have Justice Kennedy talking about it,” says Oakland, California, civil rights lawyer Eva Paterson, who submitted an amicus brief supporting the Inclusive Communities Project. “This isn’t just important for litigation; it’s important as a way to have our society confront race in a way that’s not accusatory.”

Justice Kennedy is not the only one talking about it. The American Bar Association and the NAACP Legal Defense and Educational Fund issued a joint statement this year calling for the elimination of bias in the criminal justice system. Paulette Brown, president of the ABA, has said that a goal of her leadership is eliminating bias and enhancing diversity in the profession.

Paterson, who is the president and co-founder of the Equal Justice Society, a nonprofit that focuses on changing the nation’s consciousness about race through law, social science and the arts, often speaks about implicit bias. She was part of the 2014 9th Circuit Judicial Conference, which Kennedy attended.

During her conference presentation, Paterson asked audience members to close their eyes and imagine they were a white person being assaulted by another white. During the attack, a black person comes to the rescue. The exercise is meant to shift a common fear among whites that they’ll be attacked by blacks because blacks are seen as aggressive and criminally inclined. “Neuroscientists and social scientists think this starts rewiring one’s brain to see black people in different ways,” Paterson says.

After Paterson’s speech, Kennedy asked her about implicit bias. “He was very curious about the hypothetical where I had folks close their eyes,” says Paterson. The intervention scenario, she says, helps some people see that they might have biases they don’t realize.

Judges are highly motivated to avoid implicit bias; but like many people, they harbor associations that influence their judgment, says Jeffrey Rachlinski, a Cornell Law School professor whose work focuses on how human psychology influences court decisions. Rachlinski published a paper in the Notre Dame Law Review in 2009 about unconscious racial bias and the court, focusing on 133 trial judges. When a black defendant appears in court and his or her race is clear to the judge, jurists are more careful about avoiding bias in decision-making, according to Rachlinski. “When they are in a hurry and are not being careful about it,” he says, “they are influenced by it.”

The appeal was filed on behalf of Kirk Saintcalle, a black defendant convicted of murder who challenged the prosecution’s jury strikes. The opinion noted that the only black person in the jury pool was questioned more than the others, but the court upheld the government’s peremptory strike of the potential juror, finding that the government’s decision was not influenced by purposeful discrimination.

The opinion noted that Batson, like case law before it, appears to have created a significant burden, “making it very difficult for defendants to prove discrimination even where it almost certainly exists.” The opinion further stated that as of 2013, Washington never reversed a criminal conviction or civil judgment for improper exclusion of a minority juror. And it pointed to 28 cases in which the government removed all black potential jurors from cases involving black defendants.

The court seemed troubled that it could not reverse State v. Saintcalle because there were no current legal remedies to do so with regard to implicit bias. “In part, the problem is that racism itself has changed. It is now socially unacceptable to be overtly racist. Yet we all live our lives with stereotypes that are ingrained and often unconscious, implicit biases that endure despite our best efforts to eliminate them,” the majority wrote. The opinion called for a new framework to “weed out unconscious bias where it exists, without fear of reversal and without the need to level harsh accusations against attorneys and parties.”

Dennis McCurdy, the King County prosecutor who handled the appeal, did not respond to interview requests from the ABA Journal. Lila Silverstein, a Seattle public appellate defender who represented Saintcalle, says that the opinion is often cited by Washington criminal defense lawyers, including for matters outside Batson challenges.

One recent appeal citing Saintcalle resulted in the Washington Supreme Court partially reversing a murder accomplice conviction because of the government’s presumably unintentional appeal to the jury’s racial bias. During closing arguments, the government showed jurors emotionally provocative photos of the defendant, a young black man, along with statements using language that could be interpreted as portraying him in a stereotypical way.

The opinion in State v. Walker reversed Odie Walker’s accomplice-to-murder conviction and remanded the case for a new trial.

Implicit bias also plays a significant role in capital cases, according to Silverstein. On behalf of a client, she co-commissioned a study published in 2014 that found Washington state prosecutors were slightly more likely to seek capital sentences for white defendants, but jurors were three times more likely to impose the death penalty against black defendants.

Courts acknowledging implicit bias can help jurors be aware of their biases and be more careful in decision-making, says Rachel Godsil, a professor at Seton Hall Law School who works with social scientists to address implicit bias and racial anxiety. “We’ve had this shift where no one wants to be racist,” she says, “but we’re still seeing behaviors that are very difficult to understand.”

According to Rigel C. Oliveri, a University of Missouri School of Law professor whose work focuses on discrimination and sexual harassment in housing, the Supreme Court’s recognition of disparate-impact liability under the Fair Housing Act does help plaintiffs counteract unconscious prejudices that are sometimes hard to classify as disparate treatment.

But she cautions against equating implicit bias with disparate impact.

“The two theories accomplish very different functions. However, because both arise in the absence of clear animus, motivation or intent, courts and academics easily confuse them,” Oliveri says.

“What I think Kennedy was probably getting at—and where it does make sense to talk about it—is that there may very well be cases where unconscious prejudice is leading a decision-maker to take actions that cause disparate impact.”

This article originally appeared in the December 2015 issue of the ABA Journal with this headline: “Battling Bias: Supreme Court ruling could spark more unintentional-discrimination cases.”