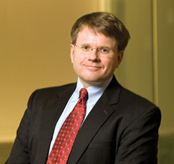 When Congress passed legislation in 2003 re­quiring busi­nesses to be more proactive against identity theft, it made no mention of lawyers.

And when in July 2006 the Federal Trade Commis­sion and several other executive branch agencies jointly issued a proposed “red flags rule” to that end, once again there was no specific reference to lawyers.

So it was something of a bombshell when the FTC issued an extended enforcement policy document on April 30 applying the rules to practicing lawyers and other professionals.

The FTC maintained that the red flags rule—requiring businesses to implement warning systems to spot potential identity theft problems—should apply to lawyers because they qualify as “creditors” under the Fair and Accurate Credit Transactions Act. The act defines a creditor as any party that regularly permits deferred payments for goods and ser­vices. The commis­sion noted that lawyers generally receive fees after doing work on behalf of clients. It plans to implement the rule Nov. 1.

In response, the ABA launched a lobbying effort urging Congress to amend the act to exempt lawyers from the rule. More than 30 state and local bar groups have notified Congress and the FTC of their opposition to the rule.

The ABA fired another salvo on Aug. 27 when it filed a complaint (PDF) in fed­eral court seeking a declaratory judgment and injunction to block the FTC from applying the rule to lawyers. And on Sept. 23, it filed a motion (PDF) asking the court to issue a summary judgment order in its favor before Nov. 1. The association is represented on a pro bono basis by Proskauer Rose in Washington, D.C. ‘unauthorized and unjustified’ ABA President Carolyn B. Lamm summarized the association’s arguments in a statement issued in conjunction with the filing of ABA v. FTC in the U.S. District Court for the District of Columbia.

“Congress did not intend to cover lawyers under the rule,” said Lamm, a partner in the D.C. office of White & Case. “The FTC’s decision to apply the rule to lawyers is contrary to an unbroken history of state regulation of lawyers and intrudes on traditional state responsibilities. The rule requires extensive reporting and bureaucratic compliance that would unnecessarily increase the cost of legal services. This kind of unauthorized and unjustified federal regulation of law practice threatens the independence of the profession and the lawyer’s role as client confidante and advocate.”

The ABA takes issue with the FTC’s conclusion that the act’s definition of creditors includes lawyers simply because they bill clients after rendering services.

“The FTC is im­properly attempting to sweep the entire legal profession within the ambit of the red flags rule based on the way in which clients pay for legal services,” states the ABA’s complaint. “A lawyer does not ‘regularly extend’ credit merely by providing services to a client in advance of bill­ing for those services. In fact, state rules of professional conduct generally prohibit lawyers from receiving compensation before services are rendered.”

The ABA also maintains that de­veloping and implementing plans for spotting possible incidents of identity theft would strain the resources of law firms while producing only minimal benefits, at best, for clients. Each distinct area of practice would require a different approach to have any chance at being effective.

The ABA position on the red flags rule was developed by a working group made up of representatives from various association entities.

“We don’t believe that rule was ever intended to cover lawyers, and as writ­ten, it should not be interpreted to cover lawyers,” says Andrew M. Smith, a member of the working group who chairs the task force coordinating the litigation and a partner at Morrison & Foerster in Wash­ing­ton. “We’re pursuing all available options to obtain relief for the legal profession.”