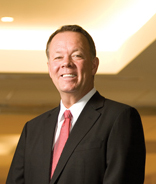 It’s one thing to demand that the prosecutor produce a technician to testify on the lab report at a criminal trial. It’s quite another to shift the burden to the defendant to find and bring in the lab tech.

Those two issues underlie a U.S. Supreme Court ruling handed down during the court’s last term, and they provide the basis for a follow-up case this month. The court’s June 25 decision in Melendez-Diaz v. Massachusetts held that the Sixth Amendment’s confrontation clause requires the analyst who prepared a crime lab report to appear at the trial and be subject to cross-examination.

But on Jan. 11 the justices will hear arguments in the case of Briscoe v. Virginia, which challenges the constitutionality of a Virginia law that allows such a report to be admitted without the testimony of the analyst who prepared it, but gives the defendant the opportunity—at the state’s expense—to subpoena the analyst to testify.

There’s a big difference between a simple notice-and-demand statute, which the court appeared to endorse in Melendez-Diaz, and the Virginia law, which places the burden of calling witnesses on the defendant.

According to Case Western Reserve University law professor Paul Giannelli—one of seven law professors who signed an amicus brief in support of Luis Melendez-Diaz, who was facing drug-related charges—notice-and-demand statutes require the prosecution to notify the defendant of its intent to use an analyst’s report as evidence. After that the defendant is given a period of time to object.

Under the Virginia statute, the prosecution presents a certificate of the lab results to the defendant, who has the right to call the analyst (or a person involved in the chain of custody) as his own witness at trial. Seven other states have statutes similar to Virginia’s.

At the very least, Briscoe could test the limits of the court’s holding in Melendez-Diaz, given the narrow 5-4 vote. With Justice Sonia Sotomayor succeeding retired Justice David H. Souter, who had voted with the majority, some have even speculated that the court might move to rescind Melendez-Diaz.

Many prosecutors are hoping that is so.

NIGHTMARE IN THE MAKING?

Requiring analysts to leave their labs to testify in every case, they argue, could create huge backlogs, substantial delays and reduced plea bargains—and might allow some guilty defendants to go free.

Scott Burns, executive director of the National District Attorneys Association in Alexandria, Va., says complying with the ruling could become a nightmare for prosecutors, particularly in large rural states like North Dakota, which has only one crime lab and two analysts for the entire state, and in busy offices, which handle upwards of 50 cases a week.

“We’re looking at all kinds of ways of dealing with the potential ramifications of this” decision, he says, “and just waiting to see how it all plays out.”

Melendez-Diaz was convicted on cocaine trafficking and distribution charges in Massachusetts. The evidence against him included several lab reports indicating he had 22 grams of cocaine in his possession at the time of his arrest. Massachusetts and more than a dozen other states allowed prosecutors to use reports as substitutes for live testimony from the analyst at trial.

Melendez-Diaz appealed his conviction in part on the grounds that the confrontation clause required the prosecution, absent a stipulation by the defendant, to present the findings of a forensic analyst through live testimony at trial.

Justice Antonin Scalia, writing for the majority, made the decision sound easy. “This case involves little more than the application of our holding in Crawford v. Washington,” he wrote. The 2004 case held that a witness’ statement against a defendant is inadmissible unless the witness appears at trial or the defendant has had a prior opportunity for cross-examination. “The Sixth Amendment does not permit the prosecution to prove its case via ex parte out-of-court affidavits.”

But Scalia also went to great lengths to rebut the arguments of the dissenters, who contended that crime lab analysts should not be subject to confrontation because they are not “conventional,” “ordinary” or “typical” witnesses. The dissenters also predicted the ruling would have dire consequences for the criminal justice system.

Justice Anthony M. Kennedy, writing for the dissent, argued that Melendez-Diaz would impose a “crushing burden” on the nation’s crime labs and “put prosecutions nationwide at risk of dismissal based on erratic, all-too-frequent instances when a particular laboratory technician, now invested by the court’s new constitutional designation as the analyst, simply does not or cannot appear” at trial.

“Perhaps the best indication that the sky will not fall after today’s decision is that it has not done so already,” Scalia rejoined, citing the number of states that already have such a Melendez-Diaz-like rule in place or that allow a defendant to assert or forfeit the confrontation clause right after receiving notice of the prosecution’s intent to use an analyst’s report at trial.

Stanford University law professor Jeffrey L. Fisher, who represented Melendez-Diaz, says the decision will help ensure that analysts will be careful when they do their testing and will be held accountable when they make mistakes. He also says that the burden won’t be nearly as onerous on prosecutors as the dissenters have suggested.

Case Western’s Giannelli and the other Melendez-Diaz amici also argue that the potential burdens of such testimony have been overstated. Few criminal cases actually involve contested expert testimony. And the use of cost-saving mechanisms, like stipulations and simple notice-and-demand statutes, will alleviate much of the anticipated burden, they contend.

Still, Burns says he’s hoping the decision to grant cert in Briscoe means that the court may be willing to revisit Melendez-Diaz. He also hopes that Sotomayor—who spent five years as a prosecutor in Manhattan—will see the issue differently than Souter.

“As a former prosecutor, she understands what it’s like to actually try cases in the real world,” he says.

Lauren Altdoerffer, an associate attorney for the Criminal Justice Legal Foundation, a Sacramento, Calif.-based victims’ rights organization, says she doesn’t think the reconstituted court will overturn Melendez-Diaz. But she says the court could help “control the damage” caused by that decision if it were to uphold the Virginia law at issue in Briscoe.

Altdoerffer says the Supreme Court of Virginia held in 2008 that there is nothing wrong with asking a defendant to secure the right to confrontation through subpoena. And the U.S. Supreme Court majority, without specifically mentioning Briscoe, said in Melendez-Diaz that the defendant always has the burden of raising a confrontation clause objection, and that states are free to adopt procedural rules governing objections.

The high court majority also acknowledged in a footnote that while some states require a defendant to subpoena the analyst, it had “no occasion today” to pass on the constitutionality of every state’s notice-and-demand statute.

“This left open the question of whether a statute like Virginia’s will pass constitutional muster after Melendez-Diaz,” Altdoerffer says.

But experts say they wouldn’t count on it.

If one reads the majority opinion in Melendez-Diaz, the court appears to have considered the issue presented by Briscoe already—and to have dispensed with it in a single paragraph, they point out. The power to subpoena a witness is no substitute for the right of confrontation, the majority said. And that power is of no use to the defendant when the witness is unavailable or simply refuses to appear.

University of Michigan law professor Richard D. Friedman, who is representing Mark A. Briscoe, says he’s not worried about the outcome: “I expect to win this case.” In fact, he thought he already had.

“I confess I was a little sorry to see this part of the opinion,” Friedman wrote on his blog about the burden-shifting portion of the majority opinion, an issue he said he would have loved to argue, on the day Melendez-Diaz came down. “Instead, we get handed a victory without argument.”