Taking the Pulse of the Health Act: States Weigh Whether to Opt Out of the Newly Approved Law 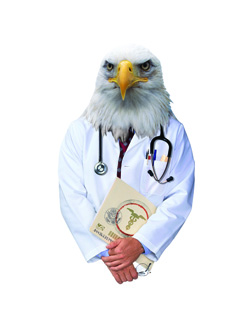 The U.S. Supreme Court may have warmed some hearts when it allowed most of the 2010 federal health care reform law to stand, but the June 28 decision clunked big-time in many statehouses and with one presidential campaign.

As the election approaches, Republican governors and other state officials have cast their lots with Mitt Romney. Moments after the high court issued its decision, the Republican candidate repeated his promise to use executive orders to grant “day one waivers” to all 50 states, in hope of freezing health care in its tracks right there on the Capitol steps when Inauguration Day arrives on Jan. 21, 2013.

Perhaps no one was more enthusiastic than South Carolina Republican governor and Tea Party darling Nikki R. Haley, who endorsed Romney in a Dec. 16 appearance on Fox & Friends. Haley said Romney had promised her a month earlier he would grant the state a waiver from the Patient Protection and Affordable Care Act. (Haley also has claimed President Barack Obama promised her the same thing.)

Romney “is very aware that this is not something I want in South Carolina,” she told CNN. But with either a President Obama or a President Romney in the Oval Office, Haley and other reform opponents may want to take care what they wish for.

In its historic decision, the high court affirmed the law’s most controversial provision mandating that uninsured people who can afford it purchase coverage or pay a fine. The court, however, also pulled back the reins on an estimated $1 trillion expansion of Medicaid as beyond congressional authority.

And though spinoff litigation over discrete issues, such as birth control, likely will persist for decades, one observer says opponents probably have had their one and only shot this year at a broad constitutional ruling from the Supreme Court.

“We’ve already been there and done that,” says Timothy S. Jost, a law professor at Washington and Lee University in Lexington, Va.

Whoever wins the White House, however, still faces the prospect of dealing with a divided Congress, meaning those who want repeal may find it difficult if not impossible.

But promises of waivers are problematic for Romney. To be sure, waivers are available—including from the individual mandate—to states that want to offer innovative plans for their residents, such as the single-payer system Vermont wants to adopt. With single-payer, public money pays for care under the management of a government or private agency. If a state drafts its own plan to the government’s satisfaction, then it’s eligible to receive the same amount of federal money as it would with no waiver.

The Department of Health and Human Services and the Internal Revenue Service would review waiver applications.

Lawmakers also were wary of some states using waivers simply to fend off more onerous provisions of the law. To avoid that, they limited waivers to five years, though states can renew them. Congress also required public hearings, a 10-year budget plan and periodic evaluation of a program.

To boot, a plan must be at least as comprehensive and affordable as its federal counterpart and cover at least as many residents. And there’s one more problem for Romney: Waivers aren’t available until 2017, when he may not be in office, even if elected this November. (The Romney campaign failed to respond to a request for comment.)

Moreover, though the health act’s language may give the president significant leeway, that wiggle room is unlikely to reach the core provisions expressly enacted by Congress, according to the nonpartisan Congressional Research Service. Those include the individual mandate.

“A president would not appear to be able to issue an executive order halting statutorily required programs or mandatory appropriations for a new grant or other program,” the service concluded in a Nov. 14, 2011, memorandum prepared for Sen. Tom Coburn, an Oklahoma Republican and family physician.

But a president isn’t totally toothless and can still tinker with the regulatory machinery in ways that slow down the law or diminish its effectiveness. “There’s a great deal they can do because the legislation is written to give a huge amount of discretion to the administration,” says Edmund Haislmaier, a health policy analyst with the conservative Heritage Foundation, which opposes the law. Many of the regulations implementing it have been written, and a wholesale rewrite may be impractical. But a few choice openings remain.

One area ripe for the picking is the law’s list of essential benefits that all plans must provide by 2014. The law contains 10 categories of services, including emergency services, hospitalization, lab services, pediatrics and preventive care.

The HHS is in the process of defining each category’s scope. A president working with the HHS secretary—effectively his employee—could limit the law in numerous ways, such as restricting mileage for a covered ambulance run or determining which lab tests are eligible.

Some states aren’t waiting for the president or Congress in their attempts to rid themselves of the law. Immediately after the decision, at least six, including South Carolina, refused to participate in the Medicaid expansion or set up required state-run insurance exchanges, where consumers can compare premiums and benefits among competing companies. More may follow after the elections, as most legislatures won’t reconvene before January. Still others simply may be biding their time in hope that the elections go their way.

Twenty-six states had sued, arguing that the government lacked the authority to force individuals to buy insurance or make states pay more to participate in the Medicaid expansion. The joint federal-state program had envisioned extending coverage to 30 million uninsured poor people. But while getting the federal government out of states’ business drives the resistance, it could boomerang on recalcitrant states and keep the feds hip-deep in their affairs, while denying coverage to millions.

South Carolina received $1 million from the feds to study starting an exchange. But it wound up this spring with nothing to show for the effort.

“We are losing our message here,” Gov. Haley said in a March 31, 2011, email to press secretary Rob Godfrey regarding the direction of a commission she appointed to examine the issue. “The whole point of this commission should be to figure out how to opt out and how to avoid a federal takeover, not create a state exchange.” Godfrey didn’t respond to a request for comment. South Carolina ultimately rejected exchanges at the state level, saying the federal government had given little flexibility or guidance while shielding itself from accountability.

“Bottom line?” Haley wrote in a July 2 letter to home state Republican Sen. Jim DeMint, another Tea Party favorite. “By refusing to implement state-based exchanges, the state is ceding nothing—we were given very little in the first place and, unsurprisingly, asked to give far too much in return.”

South Carolinians still won’t have to go far to do comparison shopping for health insurance. That’s because if the state doesn’t start its own exchange by 2014, the federal government will do the job.

“It’s kind of funny,” says Susan B. Berkowitz, director of the South Carolina Appleseed Legal Justice Center in Columbia, which represents poor people. “The ones who hate the federal government the most now want the government to take over.”

Medicaid already serves as many as 900,000 South Carolina patients a year, and the expansion would have added about 350,000 new ones, as well as almost 240,000 more who didn’t even know they were eligible for Medicaid. While the state’s share will remain at 30 percent, for those now using Medicaid, it only would have to pay up to 10 percent for newcomers.

State officials say they don’t have the money to cram more people into an already broken system. It’s a familiar refrain. Even though adequate health care can be a matter of life and death, politicians far and wide opposed to the federal law consistently cite money as one of the primary roots of their resistance. In South Carolina, Berkowitz says she’s not surprised, especially since the governor has an accounting degree.

“All she looks at is the price tag.”