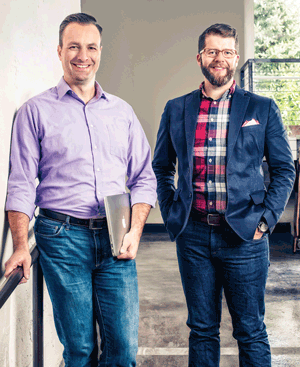 At a small table in a very large room, two lawyers discuss fixed client fees. They are from neighboring states, of similar experience and both in estate and trust practices, but facing the differences that come with jurisdictional regulations.

They find enough common ground for one, who has used fixed fees for 25 years, to help the other, who is trying to make them work for his office. Then they leave together to walk to St. Louis’ Gateway Arch before the next TBD Law session begins.

This scene I witnessed in the middle of TBD Law, a three-day gathering of 57 lawyers—and it was about as far from traditional legal conferences and CLE sessions as you can get. Small groups were formed and reformed; games aimed at sharing experiences and practice problems were played; and by the end of the sessions, plans for new practices that would be relevant five years from now were presented to loud applause.

“At TBD Law, we are going to build the law practices of the future and then drag the rest of the profession along with us,” Sam Glover, editor-in-chief of Lawyerist, says not immodestly. But as a lawyer who has been blogging (and publishing and podcasting) for nearly a decade to help solo and small-practice lawyers find, learn, use and share information on innovative ideas in practice, the goal isn’t far from his usual activities. 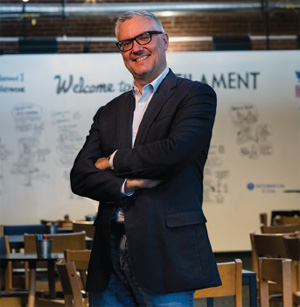 TBD Law is the product of discussions between Glover, Lawyerist CEO Aaron Street and Matt Homann, a facilitator of what must be called “unconferences” and the founder of the Filament conference center in St. Louis, where the August event was held. During those discussions, the creators sought out the perfect name, eventually realizing, according to Homann, that TBD—to be determined—was perfect.

The TBD Law format is a mix of retreat, encounter session and summer camp with an evening of St. Louis barbecue, bowling and pool to kick things off. The $1,250 registration fee included food, lodging, snacks, drinks and that private bowling and pool room. And for an event with plenty of legal technology discussion, tweeting, smartphones and PowerPoints were discouraged.

As Homann said the first morning, this would not be your typical “sage from the stage” presentation. Three things were quite different about the organization of the event: “curation” of attendees, vendor involvement and the sharing of information among everyone there.

TBD Law attendance is by invitation only. The idea is to bring together lawyers who have already used legal technology and innovative ideas to form their regular practices. It’s also to avoid the often-futile attempt to bring lawyers new to these ideas up to speed while experienced practitioners wait for presenters to tell them something they haven’t heard.

The lawyers in attendance have handled everything from freelance tech practice to defense of citizens’ gun rights, yet they are united in a commitment to be ahead of the changes facing law practice.

Vendor sponsors participate in all the activities. Rather than create a salespersons’ row of booths, representatives are part of the crowd. “These guys have been thinking about this for a long time,” Homann said. “They have knowledge to share.”

Interaction among attendees was nearly constant. The session began by writing three practice priorities onto a small card. (Mine included “bring in millennials.”) Later activities included writing “haiku-ish” descriptions of their clients, their practice and “why does it matter?”

Meals were brought in, and lunch or dinner conversations often continued into the beginning of the next session. Time was provided to keep in touch with offices during the day.

The final event involved the future-practical: Volunteers announced law practices they would like to create that would be vital and profitable five years hence. When someone asked whether current legal ethics rules should be considered, a strong majority agreed that current ethics rules would not apply in five years.

Those new firm ideas ran from a comprehensive clinic involving law students, solo lawyers, retired attorneys and incubator services to an online dispute resolution service that could serve as a LegalZoom killer. There was even a firm to allow attorneys to invest in other attorneys’ practices, whose advocates promised they could provide funding for any of the other ideas presented. Summaries of the presentations are posted on the Lawyerist blog.

Another TBD Law will be presented in February, with a serious effort to diversify the group beyond the few women and people of color there (I was the only black participant). That diversification will also mean that some who attended the first session will not be allowed back.

It should be another session with, as Homann said: “a group of people who have great things to offer, and things they need help with.”

Reginald F. Davis, the editor of the Business of Law section, is a guest Scribbler this month. Victor Li will return to the column next month.

This article originally appeared in the November 2016 issue of the ABA Journal with this headline: “TBD Law Takes Off: Session has lawyers sharing achievements and challenges.”