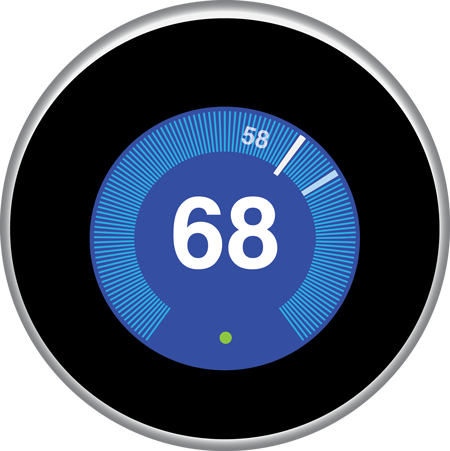 The tenants of 178 Rockaway Parkway in Brooklyn had been freezing for months. All subject to the building’s central thermostat, they complained to their landlord. But the temperature remained below the New York City legal minimum of 68 degrees.

Then on Dec. 1, 2016, these residents brought a claim to the New York City Housing Court.

Armed with data from a wireless thermometer provided by Heat Seek, a New York City-based nonprofit, the tenants had objective, verifiable data that showed that their landlord kept temperatures under the legal limit. The next day, 178 Rockaway was 10 degrees warmer.

Heat Seek is part of a new cadre of tech nonprofits, law school programs and government agencies around the country rethinking how people interact with housing court. In New York, nonprofits are experimenting with new hardware and software to help pro se litigants collect admissible evidence. In Massachusetts, a coalition is proposing to redesign housing court from the ground up.

The number of self-represented litigants in civil court is staggering. According to the Self-Represented Litigation Network, an estimated three out of every five people in civil court are without an attorney.

According to Dan Jackson, executive director at the NuLawLab—an interdisciplinary laboratory with a goal of creating legal empowerment at Northeastern University School of Law in Boston—71 percent of litigants in Massachusetts housing court are unrepresented.

Reports from California, New Hampshire and Utah all indicate that pro se representation is on the rise. This trend is being driven by the prohibitive cost of a lawyer and more demand than legal aid attorneys can handle.

In New York City, there were 200,000 heat complaints in 37,000 unique buildings in 2015, according to Heat Seek. But less than 4 percent of those buildings were found to be in violation. To close this gap, Heat Seek’s wireless thermometer records a unit’s temperature every hour until enough data is collected to determine whether a complaint can be brought. The platform produces evidence, including the day and time of inside and outside temperature readings, in a format admissible in court.

Still a young organization, last year Heat Seek was in 56 buildings, of which 20 saw a resolution in favor of tenants. Those buildings were chosen for numerous reasons, including by referral from their legal and advocacy partners. Noelle Francois, executive director, says Heat Seek is working on ways to better target future buildings. At a cost of about $1,000 per building, which is covered by grants, quantifying this solution is not easy.

Francois says she receives requests for her product from around the country. Currently, Heat Seek is looking inward at its process before it expands to new cities. Acknowledging that technology is part of the solution, she wants to maximize the impact through partnerships with legal aid organizations and tenant advocacy groups.

A matter of representation

Jackson is taking a broader view of housing court’s challenges. He says reforming housing court “in the margins” is not tenable.

“The problem is that we have a system that was designed by lawyers for lawyers and assumes that people who are seeking formal redress … will have the benefit of a lawyer,” Jackson says.

In Massachusetts, 93 percent of tenant-defendants and 41 percent of landlord-plaintiffs are unrepresented in summary eviction proceedings.

To understand how the lack of representation affects people and courts, Jackson is joining up with Ideo, a global design company, and the Massachusetts Trial Court to take a “human centered design” approach to housing court.

This approach is defined by three steps. To begin, Jackson and his coalition will meet with users of the court, including litigants, judges and other court staff. From these conversations and witnessing how people interact with the court, the NuLawLab will better understand users’ experiences. It will then develop prototype solutions while eliciting feedback from the pool of users. After numerous iterations, vetted products and processes will be implemented by the court.

Although this approach is well-worn in the technology sector, Jackson points out that “it’s not been done before” in the courts.

One potential project came out of a community input session last fall. Currently, those involved in an eviction proceeding must arrive at court at 9 a.m. for the clerk to call their name. This can include as many as 180 people. Jackson suggests that instead of the cattle call, people could check in at a kiosk, like at an airport, and a ticket would be printed with the time and place of the hearing. Now, instead of waiting in a courtroom for hours, the person could leave and come back or build their case with resources at the courthouse. Jackson is currently seeking funding to begin this work.

Chief Justice Timothy Sullivan of the Massachusetts Housing Court in Boston says the partnership with the NuLawLab builds on its existing work to support self-represented litigants.

“Creating or building a system on pro bono representation is not sustainable going forward,” Sullivan says. “We have to restructure what we do.”

Sullivan sees the partnership with the NuLawLab as a continuation of his court’s innovative reform. He points to ongoing initiatives such as the Tenancy Preservation Program, which helps prevent people from losing their homes by mediating between landlords and tenants being evicted because of a behavioral disability.

“We are constantly doing community outreach to learn from the court user and to maintain an open mind on how to improve user experience in court,” Sullivan says.

Another approach being taken is JustFix.nyc, a software nonprofit based in Brooklyn. Georges Clement, one of the co-founders, recounts what he saw while sitting in the back of the New York City Housing Court.

“We saw time and again tenants coming in unrepresented. They were carrying a plastic bag with various papers,” Clement says. Even if tenants had photos of needed repairs, landlords would challenge the photos by saying they were taken before repairs were completed.

“People were capturing the evidence already, but they weren’t presenting or organizing it in a way that was effective in court,” Clement says.

Using a mobile-friendly web app, JustFix.nyc walks a user through the steps to build a complaint against a landlord or a property management company. Based on legal aid documents and a tenant’s checklist provided by the city, the tool helps collect evidence about disrepair and recommends ways to engage the landlord in a proactive way to avoid court. With photos, documentation and metadata that proves when and where the evidence was collected, JustFix.nyc creates a Facebook-like timeline of events that prints in an admissible format.

The beta test of the app began late last year. But with 300 current cases, it’s too soon to know the impact of this tool. On an individual level, however, Paula Tano, a renter in the Bronx, says the tool helped her feel prepared when she challenged her landlord’s unwillingness to fix a long-term water leak that became fetid. Armed with her printed timeline, Tano brought her landlord to court. Before the hearing began, the landlord agreed to the requested repairs.

“It reaffirmed for me that I had taken the right steps, and that I’d done everything correct,” Tano says. An advocate at Barrier Free Living, a nonprofit that assists domestic violence victims, Tano says she plans to use JustFix.nyc with her clients in need of housing assistance.

Beyond making users into evangelists, such programs are gaining the support of legislators. On Dec. 15, Eric L. Adams, president of the Brooklyn borough, presented legislation that would codify the city’s capability to install and use remote, wireless monitors—similar to Heat Seek. His office also allocated $5,000 to expand Heat Seek in Brooklyn, beyond 178 Rockaway Parkway.

Adams thinks increasing the use of heat sensors will help “combat tenant harassment.” To improve the adoption of these tools, he is working with the housing court to train judges to interpret data collected by these monitors. He says the future of these tools “is a promising one.”

This article appeared in the July 2017 issue of the ABA Journal with the headline "Tenant Power: Nonprofits provide legal and tech support to help resolve housing disputes."