'The best time to get divorced for the moneyed spouse is when everything has gone to the devil.' 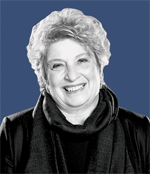 Almost from the moment Lehman Brothers failed in September, Eleanor Breitel Alter began to get a steady stream of high-net-worth clients anx­ious to dump a spouse, change a separation agreement or modify a divorce settlement with a high-dollar price tag.

She tells them now is the time.

“I have people who used to be at Lehman and various financial institutions, and their lives are being turned upside down at the minute,” says Alter, who is head of Kasowitz Benson Torres & Friedman’s family and matrimonial law department, from her Times Square office. “The best time to get divorced for the moneyed spouse is when everything has gone to the devil.”

On average, a New York court will go back three years to determine a spouse’s earning power, Alter says, “but if Bank of America loses stock value and cuts dividends, that’s a lot of money lost. People are thinking, ‘I just lost a ton of money and my bonus is down; I should get out [of my marriage] now.’ ”

Even permanent agreements and court orders seven to eight years old are being challenged by Alter’s clientele.

“More than I’ve seen in a long time, I’m getting in­quiries at least once a week to change a permanent order or agreement,” Alter says. “Really, they’ve been agreements made after 2001—after we recovered from Sept. 11, the economy boomed and hedge funds took off.”

“Every lawyer who handles high-wealth clients has several, and several spouses of these people,” she says, “perhaps five to 10 of the spenders and five to 10 wives of the spenders. You’ll see parents who are divorced and suddenly the moneyed spouse is saying, ‘I can’t pay for private school anymore.’ ”

When U.S. markets were thriving, one spouse would have offered a cash buyout instead of relinquishing financial assets, Plesent says. Now, clients who would have held on to securities are canning the buyouts. “It’s ‘Let’s divide up in kind,’ ” he says.

Even the value of hard assets such as houses has become a greater point of scrutiny and contention for many couples. “Assets are being reappraised,” Alter says. “It’s very unusual. We are even doing it for art and dwellings. We’ll pick a day, likely Dec. 31 or Jan. 1, for the new appraisal.”

Another problem for many of Alter’s clients is a lack of liquidity. “We have people who earn $6 million a year, pay taxes and spend every penny. I have a client who doesn’t have a dollar in the bank.”

In some cases, Alter has seen spouses working to­gether to conserve assets.

“I’ve had several women see me where their hus­band comes to them in the middle of the divorce and says, ‘You’ve got to cut back.’ ” While her clients may be willing to rein in spending for the short term, many fear getting stuck with that agreement when the econ­omy recovers.

“What they are doing is changing the marital life­style,” Alter explains. “We don’t want it to be used against him or her if things pick up.”

“The hardest thing is getting clients to understand that they can’t pick and choose how to save their money,” Alter says. “You can’t say: ‘She should give up the Mercedes, private schools and nanny, but I can keep the $100,000 country club memberships.’ ”

Future market uncertainty is a looming question mark for breadwinning spouses as well, says Plesent, who compares 2008 to prior years when clients could afford to be generous to soon-to-be-former spouses.

“When clients asked, ‘Why are you letting me give her so much?’ I would say, ‘In three years, whatever you give her, you will make it back,’ ” Plesent says. Today, the New York attorney refrains from making those guarantees.

While many clients are hoping for a quick return to prosperous times, Alter says recent conversations with her clients indicate more will seek spousal and child-support modifications. And that includes some lawyers.

“Some of the law firms are getting hit,” Alter notes. “Clifford Chance laid off lawyers; Heller [Ehrman] and Thelen have gone under. I’ve been told by several partners that 2008 year-end payouts will be down and 2009 will be even less.”