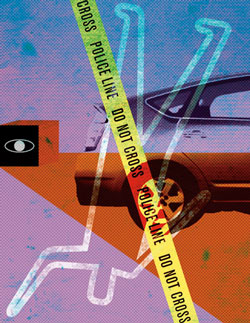 A California appellate court’s reversal of a drunk-driving manslaughter conviction is one of several cases pitting new technologies against long-held privacy principles.

In May 2006, driver George Xinos struck and killed a teenager crossing a San Jose street. While Xinos’ car was in storage, police on orders from the district attorney’s office downloaded information from the car’s “black box” that included data showing the defendant had been speeding.

During Xinos’ 2009 trial, the court found police did not need a warrant because Xinos lacked a reasonable expectation of privacy for black box data. But the appellate court found Xinos had such an expectation and the Fourth Amendment applied. Therefore the police needed probable cause, which the court found lacking.

Event data recorders were designed to monitor the sensors that help regulate air bag deployment in cars, but they have become increasingly sophisticated. They can record speed and braking, seat belt use and changes in front-to-back and side-to-side velocity. Vision technology can capture traffic signals and road signs. Black boxes also can help drivers prove, for example, that electrical failures or road conditions caused an accident.

Approximately 85 percent of new cars have black boxes, yet few drivers know they exist. California is one of about a dozen states that require their disclosure.

Black box data has been used with increasing frequency by prosecutors and plaintiffs lawyers to reconcile witness accounts and provide physical evidence. But it’s taking its toll on privacy rights, some claim.

In 2004 and 2005, separate New York courts ruled that downloading black box data without a warrant was allowed. One court ruled such data was not analogous to a container search. The other based its decision in part on eyewitness testimony confirming the defendant’s speed.

People v. Xinos also may do little for privacy rights. The case is “narrower than it might at first seem,” says law professor David Sklansky of the University of California at Berkeley. But it is one of a number of surfacing cases in which emerging technologies force courts to re-evaluate privacy principles. “These technologies put pressure on an essential feature of the Fourth Amendment—that privacy is all or nothing.”

Historically an expectation of privacy revolved around whether someone was doing something in public versus in private, Sklansky explains. “But it’s becoming harder and harder to think about privacy in that way. Technology now provides more detailed records of things that are out in public.

“How fine-grained and detailed the information is determines how it should be thought of in terms of the Fourth Amendment,” he says.

According to the Xinos appeal, information from a car’s data recorder is distinguishable from the technology law enforcement may use, such as tracking devices, to capture information knowingly exposed to the public.

“The court’s recognition of the ability of event data technology to provide precise information means there’s a higher expectation of privacy,” says Susan Freiwald, a cyberlaw and information privacy law professor at the University of San Francisco School of Law. Freiwald expects the Xinos reasoning to be persuasive to courts around the country.

With a “thoughtful and detailed” decision like Xinos, Freiwald says, “it seems harder for a court, though not impossible, to go back to the more simplistic reasoning of saying that the data recorder is just like a witness on the street.”