With the High Court in Mind, Challenges to the Health Bill Move Ahead 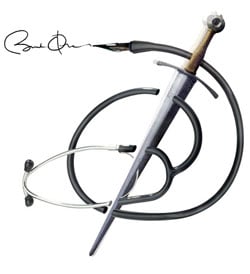 Soon after that ruling, the law’s opponents took a step forward when a federal judge in Virginia’s Eastern District allowed a lawsuit to proceed. The ruling in the suit, filed by Virginia Attorney General Kenneth T. Cuccinelli II, held that a key provision requiring individuals to purchase health insurance or pay a penalty to the government “exceeds the constitutional boundaries of congressional power.”

Meanwhile, in a November decision, an Ohio federal judge dismissed three counts of yet another complaint filed by the Akron-based U.S. Citizens Association, while allowing another count to proceed.

Since the bill became law in March, more than a dozen other lawsuits have been filed. Among them are a complaint filed in Florida on behalf of 20 state attorneys general. That case, too, is on a fast track for a ruling by its judge.

All these lawsuits challenge the constitutionality of the Affordable Care Act’s minimum coverage provision, which requires that nearly all uninsured Americans must purchase a basic health insurance policy or pay a tax penalty, beginning in 2014. The plaintiffs allege this “individual mandate” is, in effect, forcing customers to enter a commercial market against their will; the government argues that because everyone will get sick or injured, health care is a market they’re already in.

Jost points to $43 billion a year in cost-shifting that occurs when people enter the market by consuming health care services they don’t pay for. He notes the 50 million uninsured, a number that’s increasing.

“We have a crisis and we have to do something about it,” Jost says. “Congress has very broad discretion to regulate commerce. The legislation as written offers a coherent system that makes sense given the political realities.”

“This is the first time in our nation’s history that Congress is forcing someone to engage in a commercial trans action they wouldn’t otherwise engage in,” Muise says.

In the first substantive ruling on the new law, Judge Steeh disagreed with the Thomas More Law Center, finding the commerce clause may be used to regulate economic decisions, whether intentional or not.

“The act regulates a broader interstate market in health care services … and operates as an essential part of a comprehensive regulatory scheme,” said Steeh in his opinion denying the plaintiff’s motion for a preliminary injunction and dismissing the suit.

A CHECK ON GOVERNMENT

The Thomas More Center immediately appealed the decision, eager to take the case to the next level.

“I’m not displeased where we are,” Muise says. “We purposely moved our case very quickly to get a ruling. This will all be a de novo review on the appellate level.”

The Thomas More Law Center is a religious-based nonprofit firm that describes itself as the “Christian response to the ACLU,” supporting “an independent and sovereign United States.” Muise acknowledges that the legal attacks against health care reform fall along ideological lines, but he says everyone benefits when the Constitution provides a check on government.

“If the Republicans had passed this bill, we would have challenged it as well,” Muise says.

Whatever the intent, the respective sides have aligned themselves politically.

Hudson differentiated between earlier commerce clause cases that dealt with a person’s economic activity and the ACA, which punishes people who decline to participate. “At its core,” Hudson wrote, “this dispute is not about regulating the business of insurance—or crafting a scheme of universal health insurance coverage—it’s about an individual’s right to choose to participate.”

Cuccinelli says that although health care expenses are out of control and not everyone’s needs are being met, “there are better solutions than giving up our freedom. The problem with health care costs is not that there is not enough government involvement. It is that there is too much government. It is time we took the power out of the hands of the politicians and put it in the hands of the consumer.”

In Pensacola, Judge Vinson ruled Oct. 14 in favor of the state attorneys general on a motion to dismiss, and he criticized the federal government for its characterization of the tax penalty: “Congress should not be permitted to secure and cast politically difficult votes on controversial legislation by deliberately calling something one thing, after which the defenders of that legislation take an Alice in Wonderland tack and argue in court that Congress really meant something else entirely, thereby circumventing the safeguard that exists to keep their broad power in check.”

Georgetown law professor Randy Barnett says the cases have focused public attention on the constitutional question so seriously that the Supreme Court might feel “obligated” to take a case on appeal, no matter what happens at the lower court level.

Acts of Congress usually enjoy a presumption of constitutionality, Barnett says, with federal courts “bending over backward” to uphold them, particularly popular social welfare reforms. But Obama’s legislation has suffered attacks from both the right and the left. “The left wanted a single-payer system, not a subsidy to insurance companies, which this is,” Barnett argues.

Architects of health care reform defend the individual mandate as the only way to get universal health coverage through private insurance, arguing that if you require private insurers to cover people with pre-existing conditions, you must also require healthy people to participate in the market, as a financial counter balance.

“No one would disagree there’s a problem with the health care system, but that doesn’t mean you throw away the Constitution to resolve it,” Muise counters.

Health care reform opponents have ratcheted up the rhetoric as the lawsuits gain momentum, framing the legal battles as a Manichean struggle and seizing the chance to score political points with a conservative base.

Opponents of the ACA hope that if any of their constitutional arguments succeed, the lack of a severability clause will kill the entire 2,000-plus-page bill.

While he concedes the Supreme Court regularly treads new constitutional ground, Barnett doesn’t believe the justices are willing to “give Congress more power than they’ve ever given it before” under the commerce clause.

The plaintiffs are fighting their battles in the lower courts but have set their sights on the high court to resolve the constitutional question.

“Today we prevailed,” said Cuccinelli at a press conference. “This won’t be the final round, as this will ultimately be decided by the Supreme Court.”