The Superlong Commute: Recession Has Workers Opting for Travel over Relocation 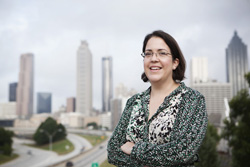 Most Wednesday afternoons last fall, attorney Nicole Iannarone drove to work. Which wouldn’t seem like a big deal, except that Iannarone and her husband live in Atlanta, and her job teaching legal writing was 250 miles away at Vanderbilt University in Nashville, Tenn.

Iannarone is a “supercommuter,” part of a fast-growing population of workers who have taken advantage of workplace changes and technology that enable them to live outside the metropolitan areas in which they work. There were about 1.16 million people supercommuting to the nation’s 10 largest labor markets in 2009, with increases seen in eight of these areas between 2002 and 2009, according to a recent New York University transportation study. In the nine major areas for which complete U.S. census data was available, supercommuting grew by nearly 53 percent. In the Houston area, it almost doubled.

Although the study didn’t look specifically at lawyers, it is clear they are a part of this trend—especially in the wake of a recession that has shaken confidence in job security, says Mitchell L. Moss, director of the Rudin Center for Transportation Policy and Management at NYU. “Households are no longer willing to uproot themselves in a time when jobs are not secure and families are aware of the cost of relocation,” says Moss, who led the study. “It is easier to have job mobility than household mobility.”

And with an increasingly global economy and a growing focus on workplace flexibility, we may see “more lawyers whose offices are in the airplane,” Moss says. “I think we’re going to see supercommuting becoming more a part of the work pattern.” Of course, the shift has major work-life implications. As the boundaries between jobs and geography blur, the emerging opportunities are often double-edged swords that can—and, experts say, should—force some introspection on what truly defines success.

PIECING IT ALL TOGETHER

“I think we all have to be more deliberate in thinking about our work-life fit, but if you add an extra layer like supercommuting, it becomes even more important,” says work-life consultant Cali Williams Yost, the founder and CEO of Flex+Strategy Group in Madison, N.J. “Don’t go into it blindly without knowing what the trade-offs are going to be.”

For Iannarone, 34, a willingness to travel every week made it possible to explore a different type of job while on sabbatical from an Atlanta law firm. It turned out that she loved the work. So in the spring she also began teaching on Wednesday nights at Georgia State University, which meant heading straight from class to the airport for a 10:05 p.m. flight to Nashville so she could teach at Vanderbilt on Thursdays and Fridays. Once she forgot to book her flight and had to drive from Atlanta to Tennessee.

“It will make you a lot more tired than you realize,” Iannarone says. “It is difficult to live in two places.” But she made it work, using airport downtime to prepare for classes or grade papers. In the fall she’ll begin a different commute, traveling to Mercer University School of Law in Macon, Ga., to teach professional responsibility and civil lawsuits as a full-time visiting assistant professor. 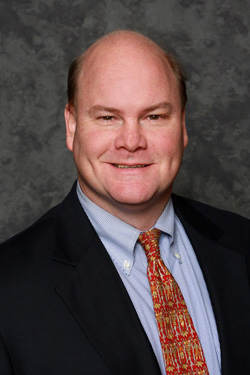 Arnold Spencer, 46, a partner at Haynes and Boone in Dallas, says supercommuting enabled him to start a new job without having to pull the kids out of school midyear. For about nine months in 2011, the father of two drove two hours every Sunday night from his Tyler, Texas, home to an apartment near work where he’d live during the workweek before driving home again on Friday. “I always felt like I was cheating on half of my life while I was spending time on the other half,” Spencer says. “I very much appreciated the time with my family when I was back after not seeing them for five days. And then having spent an intense weekend with two young boys, I was ready to get back to work and engage on a professional level. But I don’t think I was at my best as either a father or a lawyer.”

Lawyers who are considering a supercommute should be sure their motivations fit their personal definition of success, Yost says. This means considering how it stacks up in money, prestige, advancement and caregiving. If the approach does fit your priorities, the next step is to actively plan how everything will go together.

“You need to be extra deliberate and extra thoughtful,” Yost says, “and then make sure it’s happening within your supercommute.”