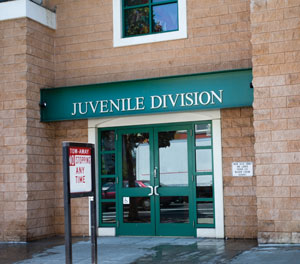 It's been three years since the U.S. Supreme Court declared that mandatory sentences of life without parole for juveniles convicted of murder were cruel and unusual punishment. Yet states remain divided over whether prisoners currently serving those sentences—many of them well into adulthood—should get a second chance.

In Miller v. Alabama, the high court said that such sentences were unconstitutional, but it did not address whether its ruling should apply to older cases. The matter will be taken up next term in Montgomery v. Louisiana, with oral arguments slated for Oct. 13. The case involves Henry Montgomery, who was sentenced to life without parole for a murder that occurred in 1963, two weeks after his 17th birthday.

The Supreme Court’s decision will affect some 1,500 people serving life without parole for crimes they committed as juveniles. Some have been incarcerated 30 years or more and, their lawyers argue, have changed for the better since they were incarcerated.

That’s what lawyers for Adolfo Davis argued during a resentencing hearing in Chicago in May. Illinois is among the states that allowed for resentencing hearings following Miller. At least 12 states have allowed juveniles serving mandatory life without parole to be resentenced, offering them hope they may someday be released. Seven states have ruled otherwise.

Davis was 14 when, under Illinois law, he was given a mandatory sentence of life without parole after being convicted in the fatal shooting of two people in a drug house in 1990. At Davis’ resentencing hearing, which included a parade of witnesses on his behalf, his lawyers argued he was not the same person. Once a troubled youth who grew up in poverty, he was now a mature 38-year-old. He renounced his gang membership, earned an education in prison and wrote poetry, his lawyers said.

But prosecutors scoffed at that characterization and argued that Davis was not reformed. They cited a record of prior gang activity in prison, assaults on prison staff and a threat against a warden.

“I’m just praying you find it in your heart to give me a second chance,” Davis told Cook County Judge Angela Petrone.

The judge again sentenced Davis to life without parole—still legal in Illinois, though no longer mandatory.

“I was caught off guard,” says Patricia Soung, one of Davis’ attorneys. “I usually brace myself for any outcome. I think [Petrone] looked at the crime and not the person.”

Soung, a staff attorney and clinical instructor at the Center for Juvenile Law and Policy at Loyola Law School in Los Angeles, has filed for an appeal. She believes the judge did not take into account Davis’ youth or the factors that the Supreme Court considered when it ended mandatory life without parole.

While Davis failed to win a second chance, the results were different in Delaware for another man who was convicted of murder as a juvenile. Ronnie Cordell was 16 years old when he and another youth beat a man to death and robbed him of $10.

After serving nearly 32 years, Cordell went back to court for a resentencing hearing where his attorney, A.J. Roop of Wilmington, argued that Cordell had a troubled childhood and suffered abuse. Since going to prison, Cordell had matured, earned his GED and learned several trades.

“He’s docile. He just went about his life in prison and he’s a different person,” Roop says. “He didn’t just sit there and stew. He tried to make a life for himself.”

The prosecutor agreed to a reduced sentence that allowed Cordell to be released for time served. “He knew about Mr. Cordell’s history and what happened to his life,” Roop says. “He grew up in a toxic environment.”

That the Davis and Cordell resentencing hearings had different outcomes illustrates the complexities of cases in which judges are being asked to take into account troubled childhoods, capacity for change, remorse and the immature brains of juveniles.

“There is a lot of variation of sentencing at the state level,” says Soung, who represents other juvenile lifers in California. “One of the things we highlighted to the court was that brains don’t fully develop until you’re 25. They can’t completely ignore that juveniles have the capacity to change.”

Shobha Mahadev, a law professor at Northwestern University who directs the Coalition for the Fair Sentencing of Children and represents several individuals serving juvenile life sentences, says she hopes that resentencing hearings will allow judges to consider what neuroscience has revealed about adolescent brain development.

“A lot of these cases occurred 15 to 30 years ago, long before we knew any of the science and the knowledge that we have about brain development,” she says. “Not only are kids different from adults, but their brain development affects their actions and culpability in many ways. That knowledge is new. This is a brand-new moment—an opportunity for judges to hear that.”

There’s something else to consider, Mahadev says. It shouldn’t be surprising that a young person who goes to prison gets into trouble because of the new traumas they may experience. “Prison is not good for kids. There’s tons of research that shows prison environments are incredibly traumatic—for everybody, but for children in particular,” she says.

“What gives me hope is that despite that environment, you see rehabilitation; you see extraordinary change. We expect that. We expect they’re going to be different at 30 to 40 years old as opposed to at 15.”

Yet resentencing hearings can raise a host of problems, especially when decades have passed since the crime and the offender is well into adulthood. Witnesses’ memories become foggy and many involved in the case may no longer be available. And for victims’ families, a resentencing hearing can reopen painful wounds.

“My heart breaks for the victims in those states that have to go through that agony again,” says Jody Robinson, whose brother, James Cotaling, was slain in 1990 by a man and his 16-year-old girlfriend, both of whom are serving mandatory life without parole in Michigan.

Robinson hopes the court will clarify Miller by not requiring states to hold resentencing hearings for those already serving life without parole, including the woman who killed her brother. “My case is 25 years old. What they’re asking to do is to go back and re-create it all. Then it becomes one story against another about all of these facts,” she says. “I ask the courts: Is it really worth it? Is it really worth the pain and suffering the families will be going through again?”

Robinson, who is president of the National Organization of Victims of Juvenile Murderers, says that she and other victims’ families should not have to endure going back to court. “I’ve had my 80-year-old dad ask, ‘Am I going to put my son to rest before I die?’ That’s very hard,” she says. “It’s always about the offender wanting a second chance. We want a second chance to be with my brother. They talk about cruel and unusual punishment. If you want to talk about cruel and unusual punishment, you have to walk in my shoes.”

In March, the Campaign for the Fair Sentencing of Youth, a Washington-based national coalition that supports age-appropriate sentences for youths, issued a new set of guidelines for defense attorneys representing juveniles serving life without parole.

“We have adopted many of the same principles in the ABA’s capital defense guidelines,” says Heather Renwick, the group’s litigation counsel and primary author of the guidelines. “The defense teams should have experience with children.” She adds, “Sentencing children to life without parole is tantamount to sentencing them to death.”

This article originally appeared in the September 2015 issue of the ABA Journal with this headline: “Getting a Second Chance—Again: Those convicted as juveniles who are serving life without parole hope the court will go back in time.”