Those who refuse vaccinations can cause outbreaks: Should they have to pay for it? 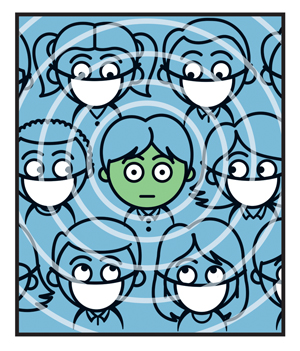 Let’s say your kid’s birthday party seemed to have gone well. She was happy with her gifts, only one of her little friends upchucked, and the clown wasn’t too creepy. But that was two weeks ago. This week, it’s a whole different story.

It turns out that one of the little darlings at the party had the measles. Yeah, the one whose parents home-school her because they refuse to have her vaccinated. That’s their prerogative, but you never got a booster shot and now you’re covered in spots. Looks like the family vacation that was supposed to begin tomorrow has to be canceled, and guess what—it’s nonrefundable. At times like this, there isn’t much to say other than: “There oughta be a law.”

Well, actually, there is—in every state. All children entering school must be vaccinated against measles, mumps and rubella. But there are up to three ways around that requirement, which means that, according to the Centers for Disease Control and Prevention, in some states as many as 7 percent of students remain unvaccinated because their parents object on medical, religious or—and this one’s relatively new—philosophical grounds.

So, for example, despite the fact that the 2nd U.S. Circuit Court of Appeals at New York City ruled in January that the state’s vaccination requirement is constitutional, there are still ways for New York parents to get around it.

And it’s not just shots for schoolkids that are being challenged. Medical professionals across the country are going to court to uphold what they consider their right to refuse mandatory flu shots. Lawsuits have reportedly been filed by nurses at Brigham and Women’s Hospital in Boston and nurse employees of MultiCare Health System in Pierce County, Washington, among others.

But you’re still ticked off about that birthday party and that ruined vacation and—as a member of a litigious society—you want to know: “Shouldn’t I be able to sue someone when something like this happens?”

You’re not alone. Even though today’s vaccines are considered safe and effective, widely available and federally subsidized, noncompliance is increasing. Arthur Caplan, a bioethicist at New York University, co-authored a paper in which a comparison is made between drunk driving and the refusal to be vaccinated. The risks are known ahead of time, the paper states, and the choice to act in an unsafe manner can result in harm or even death to others. Ipso facto, Caplan writes, parents who refuse to have their children vaccinated should be held legally responsible for the damages incurred by their actions—or inactions.

The paper ends by stating: “The scientific and legal foundation for bringing charges against nonvaccinators for the harm they do exists.”

This is an issue that is likely to gain prominence, but the lack of case law—and therefore lack of precedent—means that it could be many years before it all gets sorted out.

But for now the question remains about how to get through a kid’s birthday party without a biological souvenir. How about a theme party? Doctors and nurses—surgical masks required.

This article originally appeared in the June 2015 issue of the ABA Journal with this headline: “Vaccination Vacillation: Those who refuse the needle can cause outbreaks: Should they have to pay for it?”