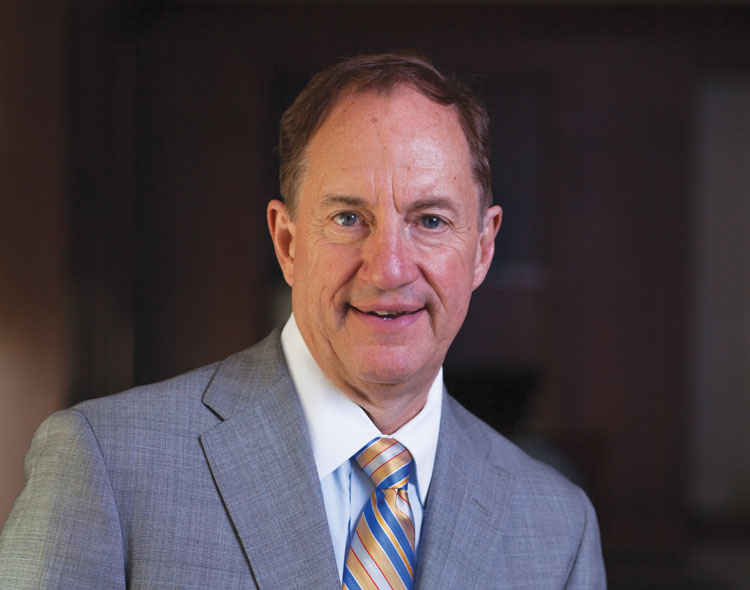 Rodney Smolla: “It is inevitable that in a time of repeated senseless violence – in which the violent actors are often discovered, in hindsight, to have signaled their violence in social media – that we would increasingly prone to treat violent social media posts as truly threatening.” Photo courtesy of Rodney Smolla

The question becomes what the test should be for true threats. The need for clarity is even greater in an age when there are more threat prosecutions for Facebook and Twitter posts. “In determining what a true threat is, the law cannot help but take into account cultural surroundings,” says Smolla. “And so it is inevitable that in a time of repeated senseless violence—in which the violent actors are often discovered, in hindsight, to have signaled their violence in social media—that we would be increasingly prone to treat violent social media posts as truly threatening.”

Kinsley emphasizes that a range of factors should matter in determining whether speech is a true threat, including “the full range of circumstances under which the communication is made, including, at a minimum, the medium of communication, time and distance lapse, preceding communication between the parties, and the speaker’s ability to act upon the threat.”

She explains that a middle schooler sending a threatening Facebook message to a teacher over the summer when the teacher is overseas is much different than a husband threatening his wife’s lover face to face.

Some insist that the test must focus on the perspective of the reasonable listener. “My view, shared by most of the circuit courts, is that the best test is an objective test,” says Jacobs from the University of the Pacific. “The speaker must intend to send a communication that is objectively a threat to an objectively identifiable recipient or recipients. Whether the communication is a true threat should look to the reasonable perception of a well-informed, intended recipient of the threat.”

“The test should have both subjective and objective elements,” Smolla adds. “The speaker should subjective-ly intend to threaten, and the impact should be objectively threatening to an ordinary reasonable person.”

Last year, the Supreme Court denied review in Perez v. Florida, a case in which a man who had spent the day at the beach with friends received a sentence of 15 years and one day for saying he was going to come back and bomb a grocery store. Robert Perez Jr. reportedly said he had a “Molly cocktail” in his backpack, and a store employee thought he said “Molotov cocktail.” Perez told another store employee that he had “only one Molotov cocktail” and could “blow the whole place up.” He later returned to the store, apparently drunk, and stated, “I’m going to blow up this whole fucking world.” Perez contended that he was joking and inebriated, but the state charged him with making terroristic threats.

Justice Sonia Sotomayor agreed with the cert denial, but she wrote a special concurring opinion, emphasizing the need for the high court to clarify its true-threat jurisprudence. “Robert Perez is serving more than 15 years in a Florida prison for what may have been nothing more than a drunken joke,” Sotomayor wrote in her opening sentence. She noted that the jury was instructed to convict Perez based on the words he spoke rather than his intent. “In an appropriate case, the court should affirm that ‘the First Amendment does not permit such a shortcut,’ ” she concluded. “The court should also decide precisely what level of intent suffices under the First Amendment—a question we avoided two terms ago in Elonis.”

Legal experts agree with Sotomayor’s assessment of the court’s jurisprudence. “The uncertain state of the law puts both speakers and victims of threatening speech at risk, and it engenders costly litigation,” Jacobs says. “I agree that it would be helpful for the court to clarify what limits the free speech guarantee places on the ability of governments to penalize threats.”

“At this point,” says Norton of Colorado Law, “the court has told us only that the First Amendment requires the prosecution at least to show that the speaker uttered threatening words, and that the speaker intended to utter those words. As Justice Sotomayor noted, without more, this leaves open the possibility that hyperbole, drunken rants, jokes, etc. could be criminalized.”

She adds, “Clarification of the court’s true-threats jurisprudence is long overdue.”