To Teach or Not to Teach: Adjunct Work Can Come with a Hefty Price 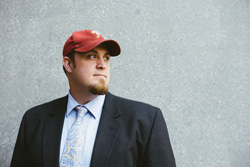 Part-time teaching has always been a time-consuming and sometimes thankless pursuit. Even so, with a glut of attorneys competing for work in a down economy, more solos appear to be considering adjunct teaching jobs as a means to supplement their income and test an alternative career path.

“We’ve had an uptick,” says Michael Kaufman, associate dean for academic affairs at Loyola University Chicago School of Law, noting there has always been strong interest from alumni of the school. “In the last couple of years there’s been an increase, more from people who are not alums, who I think see adjunct teaching as an entrée to teaching generally.”

At Loyola, less than one-third of classes are taught by part-timers, whose average pay is about $1,000 per credit hour, or roughly $3,000 for a single course during a semester teaching practical skills such as advanced litigation and contracts. Kaufman stresses that adjunct work is rarely the path to a full-time faculty post.

Such statistics are no deterrent to David Crosson, a family law attorney in Philadelphia who hung out his shingle in 2010. Crosson has been trying for months to secure adjunct work at any of a number of law schools in his region, including Temple and Widener, to no avail. While he says he has always enjoyed helping others, his primary motivation is a bit of extra cash.

“The market is just saturated with attorneys who need more resources,” he says.

Even when they do secure part-time teaching gigs, solos must carefully weigh the time commitment against available resources, something attorneys with small offices and limited staff find in short supply.

“I really failed to anticipate how much of an impact it would be to my practice, to have to take an afternoon to go teach,” says David Allen Hiersekorn, a Placentia, Calif., lawyer who has been teaching classes in wills, trusts and estates at Trinity Law School, his alma mater, since 2010. “I was killing two afternoons a week.”

“It’s not particularly lucrative work,” adds Hiersekorn, who estimates he probably brings in about $50 an hour, not including time doing preparation and grading. He recently limited his teaching schedule to evenings.

But Hiersekorn counters that there are many intangible benefits such as networking and exposure, not to mention educator discounts on computers and other merchandise.

And, of course, there is the satisfaction that comes from passing the torch to enthusiastic newcomers. One also gets a firsthand look at budding legal talent, says Hiersekorn, who recently hired a former student as an associate.

Braunstein, who now has a land-use practice in Columbus, says his teaching credentials have given a significant boost to his dossier, often sealing the deal with prospective clients.

“There’s a certain amount of prestige that comes with it,” he says.