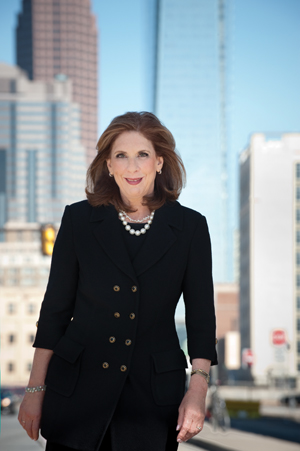 Roberta Liebenberg: The recent academic findings about grit and female lawyers’ success are “truly transformative” and “hopeful for a critical mass of law firm leaders.” Photo courtesy of the ABA Commission on Women in the Profession.

Alarmed by persistent evidence that women still are failing to enter the leadership ranks of the nation's largest law firms in adequate numbers, the ABA Commission on Women in the Profession has launched a project to teach female lawyers about some things they surely never studied in law school—grit and a positive mindset. Some researchers say those two traits applied simultaneously can play a crucial role in helping women advance in the profession.

The commission introduced the Grit Project in June. The project provides information on the science behind grit and mindset, and how those characteristics play an important role in career growth. The commission has introduced the Grit Project Program Toolkit as the first step in a series of efforts that can be adopted by law firms, bar associations and other groups to educate female lawyers on these important traits. The kit includes program agendas, discussion scenarios, PowerPoints, handouts, and suggestions for further reading and learning opportunities. The commission also has been sponsoring a series of informational programs about grit and a growth mindset.

The project is based largely on research conducted by Milana Hogan while studying for a doctorate in education. Hogan is the director of recruiting and professional development at Sullivan & Cromwell in New York City. In an article (PDF) originally published last year in the Women Lawyers Journal, sponsored by the National Association of Women Lawyers, Hogan and co-author Katherine Larkin-Wong described a statistically significant relationship between grit and success for women in BigLaw firms. The findings were based on a combination of online surveys completed by 477 women employed at firms in the Am Law 200 and follow-up phone interviews. Larkin-Wong is an associate at Latham & Watkins in San Francisco who also is president of Ms. JD, a professional development organization dedicated to empowering young female lawyers and aspiring lawyers.

"Grit and mindset are powerful and potentially critical traits," wrote Hogan and Larkin-Wong in their article, "and if we want our lawyers—both men and women—to be successful practitioners, we need to make sure that they know as much about them as early in their careers as possible."

Their findings also were enough to convince Roberta D. Liebenberg to launch the Grit Project during her term as chair of the women's commission, which ended Aug. 31. Liebenberg, a senior partner at Fine, Kaplan and Black in Philadelphia, describes the findings as "truly transformative" and "hopeful for a critical mass of law firm leaders." Learning and applying grit and a growth mindset will help female lawyers and law students drive their own success, take charge of their careers and realize their goals, she says.

Liebenberg named Hogan, Larkin-Wong and Carrie Hightman to co-chair the Grit Project. Hightman is a member of the commission and serves as chief legal officer and executive vice president of NiSource, an energy company in Merrillville, Indiana.

But just what are grit and a positive mindset, and can they be learned?

THE MEANING OF IT ALL

Both concepts have been subjects of academic research. Angela L. Duckworth, a psychology professor at the University of Pennsylvania in Philadelphia, has described grit as "perseverance and passion for long-term goals," and she has developed a self-report test for measuring grittiness. And in their article, Hogan and Larkin-Wong point out that recent research indicates that grittier individuals tend to work longer and harder than their peers, are more likely to maintain their focus on long-term goals, and engage in deliberate efforts to improve their performance.

Picking up on this theme, Hogan told a webinar presented in June by the commission on women that "mindset is a really powerful tool that can impact on why people succeed. They don't need to assume that they don't have what it takes to succeed."

The good news is that mindset "is a very easy thing to change," Hogan said, especially given recent research supporting the notion that there is no ceiling when one is making a deliberate effort to improve performance. "The brain is really a muscle," Hogan told webinar participants. "The harder you work at it, the bigger and better it becomes—and the smarter you can become," and ultimately be more successful, she said. 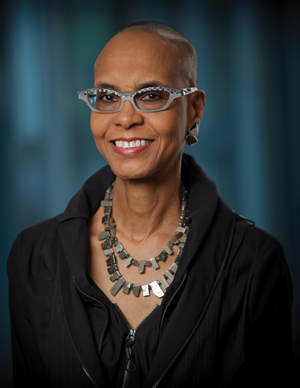 Michele Coleman Mayes, new chair of the women's commission, set her sights on becoming a general counsel early in her career. Photo courtesy of the ABA Commission on Women in the Profession.

Michele Coleman Mayes, the new chair of the Commission on Women in the Profession, offered a personal perspective during the webinar on the importance of mindset to building a successful career. Early on in her career, Mayes says, she announced that she wanted to be a general counsel, "and the response was: 'You've got to be kidding.' " But instead of accepting that response as reality, she looked at it as the beginning of a dialogue and asked other lawyers what steps she could take to attain her goal. She went on to serve as general counsel for two corporations, and in 2012 she was appointed vice president and general counsel for the New York Public Library.

Hogan emphasized that having grit does not mean that female lawyers have to work harder. But they do "have to feel good and passionate" about what they are doing because it is that passion that allows them to sustain grit. And passion doesn't always precede grit, she noted, but often follows it. "So if you don't have it at the outset," she said, "you don't need to panic."

Surprisingly, so-called Type A personalities aren't always the ones who demonstrate the most grit. In part, this is because those personalities are focused on control and being perfectionists, and are less comfortable making mistakes. "A lot of times in the practice of law you have no control, you're not in the driver's seat," Hogan said, so the female lawyer with grit will be more comfortable with feedback and with failure.

The response to the Grit Project has been quick and enthusiastic. In June, the Bar Association of San Francisco presented a program on grit and mindset to more than 50 women (and one man), says Kallie Donahoe, the Barristers Club director at the bar. The project was featured in October at a program sponsored by the Vanguard Group in Philadelphia, and it's on the schedule for NALP's annual education conference in April. Liebenberg, who is on tap to speak about the project at some law schools in the coming months, notes that a number of schools have shown interest in incorporating grit principles into their curriculum.

The need for such efforts is evident in statistics charting the advancement of women in the legal profession. The Eighth Annual Survey on Retention and Promotion of Women in Law Firms, published earlier this year by the National Association of Women Lawyers, reports that while more than 40 percent of law school graduates since the mid-1980s have been women, fewer than 20 percent of the equity partners in the typical law firm are women, a number that is largely unchanged over the past few years. "Advancing women in law firms is not a universal goal for Am Law 200 firms," the report states. While some firms are taking positive steps to address the obstacles facing women seeking to advance, "too many firms continue to fail to recognize that facilitating the advancement of their women lawyers also redounds to the benefit of the firms themselves as well as their clients," states the report.

"There is good work being done by some firms, but if it was effective we would see more women as partners or promoted," Hightman says.

"It's well-intentioned but difficult. It doesn't come naturally."

This article originally appeared in the November 2014 issue of the ABA Journal with this headline: "True Grit: A new ABA project helps women learn personal characteristics that will help them advance."