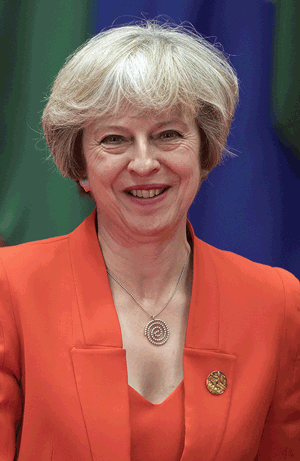 LONDON—As the United Kingdom continues to operate in limbo after its historic vote to leave the European Union, law firms offer advice and counsel as their clients navigate the uncharted waters.

In the nationwide June referendum, U.K. voters decided to leave the EU, making it the first country to do so. Many questions surround how and when the departure will take place. Prime Minister Theresa May has said the earliest the formal process will begin is early next year.

Sarah Garvey, a professional support lawyer at Allen & Overy, says clients have moved past the initial shock following the vote and are trying to make plans for the future.

“The government are formulating their position, and that’s a process that will take several months,” she says. “Once that’s done, you’ll see a lot more focus on what Brexit will look like, and that’s when clients will move from a wait-and-see attitude to doing something more.”

Nicholas Brittain, a partner at Sidley Austin, says the firm is helping clients by advising them individually until more clarity about the situation becomes available.

“At the moment, it’s planning, instructing the clients and being aware of the current situation of the EU with businesses, and being able to react when there’s more certainty,” Brittain says. “It’s a good time to be a lawyer.”

Charles Bankes, a partner at Simmons & Simmons, says given the complexity of the historic situation, this is exactly the time for lawyers to do great work.

“It’s a time for the best lawyers to shine and to provide wise and informed counsel to their clients,” he says.

Leaving the EU throws up scores of legal queries in virtually every area of law: constitutional, regulatory, corporate, employment, environmental, intellectual property, tax and others.

“That’s a challenge for law firms, as there’s a whole range of issues in many different areas of law,” Garvey says. “The other challenge, of course, is you don’t know what the model is.”

British law firms used a variety of tools to inform their clients about the implications of the vote. Briefing papers, conference calls, podcasts, hotlines and webinars sprang up, and many posted dedicated Brexit pages on their websites.

Allen & Overy began preparing in earnest in February with a working group composed of lawyers across practice groups to create a plan. Among its actions, the firm wrote detailed specialist papers, distributed a playbook to financial clients and presented road shows in Amsterdam, Brussels, Luxembourg, Madrid and New York City. The day after the vote, the firm hosted a client call to outline the key issues. They initially expected about 500 clients to join in, but more than 1,700 listened to the call.

Sidley decided soon after the vote to approach clients individually to answer specific questions they might have. The firm also created a cross-committee to coordinate the information sent out.

“We said to our clients, ‘You should be watching what’s happening in these areas but not reacting to it,’ ” Brittain says. “They should plan rather than panic.”

The Law Society, the independent professional organization for British solicitors, also published reports, shared a podcast and provided weekly updates for its members in the aftermath of the Brexit vote. The Law Society also has called upon the prime minister to safeguard the ability of solicitors to practice across the EU.

As the initial shock wore off, Brittain says, clients slowly are getting used to the idea. “I think on the whole, clients aren’t panicking unduly. I think they’re concerned about the effect on business but have come to the conclusion this isn’t something that’s going to happen in a few weeks,” he says. “They can now settle down and look for opportunities, because there will be opportunities, too.”

The U.K. must formally declare its intention to separate from the EU in a process known as Article 50 of the Lisbon Treaty. May announced last month that Article 50 will be triggered in March 2017. Then the country will have two years to negotiate the terms of withdrawal.

May has created the Department for Exiting the European Union. David Davis, the department’s secretary, said in September that it had amassed legal bills of 268,711 British pounds (about $355,000) in its two months of existence.

This article originally appeared in the November 2016 issue of the ABA Journal with this headline: “Good Times? Uncertainty about leaving the European Union gives UK lawyers a boost.”