Unpersuaded: ABA Concerned About Changing a Rule for Attorneys in Labor Law Field 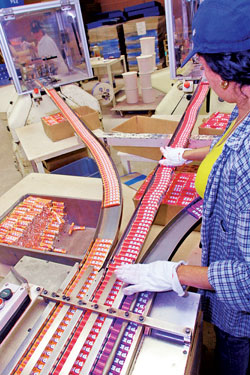 The proposal by the U.S. Department of Labor to change a rule in place for nearly 50 years has triggered a variety of responses from union advocates, the business community and lawyers in the field. Under Section 203 of the Labor-Management Reporting and Disclosure Act of 1959, labor relations consultants to companies must file extensive disclosure forms with the Labor Department when their purpose is to persuade employees to not exercise their right to unionize or engage in collective bargaining. But the act also included an exemption for consultants who only gave advice to companies without working directly or indirectly to discourage employees from engaging in organized labor activities.

In 1962, back during the Kennedy administration, the Labor Department issued a rule revision that significantly expanded the advice exemption. The rule exempted outside consultants and lawyers from the reporting requirements if they assisted clients in opposing unionization efforts but did not have direct contact with employees. That interpretation has remained in effect ever since, except for a brief period in 2001.

Now, however, the Labor Department is proposing to tighten the advice exemption. In a rules proposal published in the Federal Register on June 21, the department states that its revised interpretation “defines reportable ‘persuader activities’ as all actions, conduct or communications that have a direct or indirect object to persuade employees, and does not simply address the preparation of persuader materials.”

In its summary of the proposed rule change, the Labor Department states that its “current interpretation of the advice exemption may be overbroad.” The department argues that the revised rule would better reflect the intent of Congress when it adopted the law. The department also notes that companies rely increasingly on labor consultants to respond to union-related activity among employees, but that “current reporting under the LMRDA about persuader activity is negligible, as a result of the current overly broad interpretation of the advice exemption.”

A MATTER OF PERSPECTIVE

Labor groups generally favor the proposed change. The primary role of labor consultants in anti-union campaigns by employers is “to influence or persuade the target group, i.e., the employees, not to provide advice to the employer as a client. The proposed rule therefore correctly requires labor consultants to report such activities,” said the AFL-CIO’s general counsel, Lynn Rhinehart, in written comments to the Labor Department.

“The department’s proposal increases disclosure requirements vastly beyond anything ever contemplated by Congress,” stated Randel Johnson, senior vice president for labor, immigration and employee benefits at the U.S. Chamber of Commerce, in written comments to the Labor Department. “At a time when every government agency should be focusing on creating an environment for economic growth and job creation, it is particularly disturbing that the department would propose a policy that will not create a single new job, but instead will have the impact of favoring union organizing at the expense of employees and employers.”

The ABA and at least 18 other bar groups are opposed to the change. But in his Sept. 21 letter (PDF) to the Labor Department, ABA President Wm. T. (Bill) Robinson III emphasized the legal nature of the association’s concerns. Robinson is the member in charge of the Florence, Ky., office of Frost Brown Todd.

“The ABA is not taking sides on a union-versus-management dispute,” he wrote, “but rather is defending the confidential client-lawyer relationship and urging the department not to impose an unjustified and intrusive burden on lawyers and law firms and their clients.”

Robinson cited these reasons for the ABA’s concerns:

• The Labor Department’s proposal would “essentially nullify the advice exemption contained in the statute and thwart the will of Congress.”

• The new rule would be inconsistent with the mandate in Rule 1.6 of the ABA Model Rules of Professional Conduct that lawyers protect the confidentiality of client information. (The Model Rules are the direct basis for binding conduct rules for lawyers in every state except California.)

• The rule could seriously undermine both the confidential client-lawyer relationship and employers’ fundamental right to counsel.

Urging the Labor Department to stand pat, Robinson stated: “So long as the lawyer limits his or her activities to providing advice and materials directly to the employer client and does not contact the employees directly, the department should continue to deem these legal services to be exempt ‘advice’ or ‘representation’ under Section 203(c), and not reportable ‘persuader activity’ under Section 203(b) of the statute.”

The ABA’s position, especially regarding confidentiality, is consistent with its opposition to other proposed administrative rule changes at the federal level. The ABA also has consistently opposed actions by Congress or federal agencies that would interfere with the regulation of lawyers at the state level. The ABA played a key role, for instance, in efforts by a number of bars to block the Federal Trade Commission’s attempt to regulate lawyers as “creditors” under the so-called red flags rule developed by the FTC to help detect identity theft.

The National Federation of Independent Business has expressed its own concerns about the impact the change could have on small businesses.

“This will have a chilling effect on the relationships between small-business owners and attorneys,” says Karen Harned, executive director of the federation’s Small Business Legal Center. “The net result could well be that many lawyers will no longer take on clients seeking labor relations counsel in order to avoid public disclosures of all their clients and their labor relations work.”

Now that the comment period has ended, the issue is back in the Labor Department’s court. After reviewing hundreds of comments, the department will have a range of options, including modifying its proposal or even withdrawing it altogether, although observers generally don’t see that as likely.