Value and Visibility: Two Major Priorities Guide Efforts to Address Needs of Lawyers and the Public 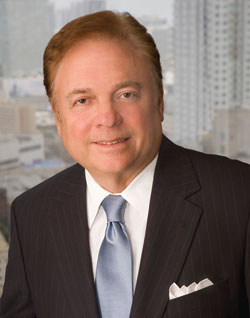 February marks the halfway point of an ABA presidential year, and as such it’s a good time to reflect on where the association has been and where it needs to go. We have accomplished a great deal in the past six months with regard to two major priorities: value and visibility. Here are some of the most important steps taken so far:

• Perhaps the single most significant change should be apparent soon with the rollout of our revamped website. Through the collaborative efforts of hundreds of ABA staff and volunteers, this month the ABA launches phase one of its next-generation site—americanbar.org.

This milestone will represent the culmination of more than a year’s worth of effort to make our resources and content easier to find, improve navigation, and highlight the initiatives and successes of the ABA. When it comes to offering a great website, the job is never done. The ABA will continue to develop and implement new features and functions to address the needs of lawyers and the American public.

The website is the “front door” to the ABA and is a key tool in the membership value initiative, designed to deliver services and information that members want, rather than guessing at what they need. This effort is just reaching its year mark and the dividends are impressive. New membership figures show that solo recruitment has increased by 183 percent in the last year, while judicial recruitment has increased by 77 percent —leading to a rise in Judicial Division membership for the first time in two dozen years.

• We’re making real progress in recasting our marketing and communications efforts. These two divisions are benefiting from new strategic direction and support. The center of gravity for communications is now in Washington to better focus on national and legal media. The association also has its first chief marketing officer and has consolidated those operations in Chicago. Membership is a priority of all top officers, and we have made great strides in this area, such as arranging meetings with the managing partners of the largest 200 American law firms.

• The association also can claim some important victories in governmental advocacy. Thanks to intense efforts by the ABA Governmental Affairs Office and its allies, at last the American legal profession has relief from the FTC’s “red flags rule,” an attempt to solve a nonexistent problem that would have created paperwork and raised legal costs. In the December lame-duck session, Congress acted decisively in passing legislation clarifying that the Federal Trade Com mission should not include lawyers in applying the red flags rule to creditors. Kudos go to the countless ABA members and state and local bar leaders who advocated on this issue, and to the pro bono team of lawyers at Proskauer Rose who led the fight in court. Proskauer’s work is a credit to our recently departed friend and advocate Steve Krane, the partner who served as first chair in the litigation. The ABA also scored important victories regarding FTC rules governing mortgage assistance relief services and on protections for IOLTA.

Still, there’s much more to be done to protect the profession and the American justice system. ABA leadership will be finalizing the association’s 2011 legislative priorities at the midyear meeting in Atlanta this month, and you will be hearing more soon about goals for the coming legislative term.

Finally, midyear also is a good time to revisit our vision and recommit ourselves to the virtues of our profession. As the largest voluntary professional organization in the world, we have not wavered from our goal of providing uncompromised leadership and advocacy in seeking to make a difference in the lives of people. In that spirit, the ABA is leading four efforts that go to the core of who we are and what we do as lawyers. The Task Force on Preservation of the Justice System, the Commission on Civic Education in the Nation’s Schools, the Commission on Hispanic Legal Rights and Responsibilities, and the ABA Special Committee on Disaster Response and Preparedness are in full swing.

All are aimed at fostering our democracy and preserving our judicial and legal systems, and each of them has made significant progress toward helping us meet our responsibilities as an organization and a profession.

This month is full of remembrances and reflections. We think of our loved ones on Valentine’s Day; celebrate the contributions of African-Americans to our history, culture and success during Black History Month; and honor past and living presidents on President’s Day. In representing the ABA around the world, the association’s principles of defending liberty and pursuing justice continue to resonate. February is a great time to pause and reflect on those principles, and on how the American Bar Association and you—as members—advance this cause.