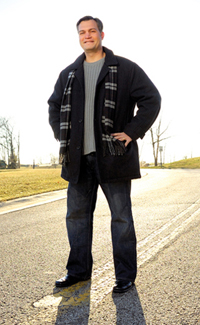 Last summer, Cincinnati estate planning attorney Aaron Byrd took a vacation … from technology. Byrd, 33, hadn’t planned it that way. When he first headed out with his wife, in-laws and two young sons on a rented houseboat on Lake Ouachita near Hot Springs, Ark., he was hoping for at least intermittent coverage on his firm-issued BlackBerry. But as the week went by and the bars on his phone faded while he swam and fished, Byrd did something experts say lawyers should do more: He disconnected.

Despite those statistics, experts say lawyers need to find ways to disconnect for the sake of productivity and sanity. While a complete break from technology is probably unrealistic, Houston attorney and certified career coach Debra L. Bruce says lawyers must establish technology boundaries.

“Some people will throw their hands up in alarm because they’re so afraid of being viewed as inaccessible,” she says, “but it is very reasonable for lawyers to set aside some time when they will not be interrupted to increase their productivity.”

Bruce also says constant e-mail and messaging reduces productivity because “people can talk faster than they can type.” One client, the managing partner of a large firm, received more than 40 e-mails during their 45-minute coaching call. Lawyers could save time (and avoid the constant barrage of e-mail) by simply picking up the telephone to quickly resolve problems, she says. 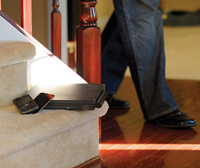 Bruce also warns against using technology to avoid interpersonal interaction, especially because the tone behind an e-mail often can be misread. She once chided a lawyer who was arguing with a colleague in another, nearby department by firing e-mails back and forth.

“Are your legs broken?” Bruce recalls asking. “I insisted that he walk down, talk to this person and let him see through body language that things did not need to be so belligerent. It got resolved instantly.”

But for lawyers who have become accustomed to the constant vibration of their smartphones, the idea of a technology break can be terrifying. Rochester, N.Y.-based attorney and legal blogger Nicole Black (who was recognized as an ABA Journal Legal Rebel for her creative use of social media and other technology), says she would be “totally stressed” if she didn’t have access.

“I would just be afraid I would miss something on my Twitter stream or something new would happen that I should know about,” Black says.

So where should attorneys draw the line? For Byrd, it’s the bedside table. “The BlackBerry,” he says, “stays in the kitchen when I sleep.”