Wary copyright owners are cracking down on fan-created artworks 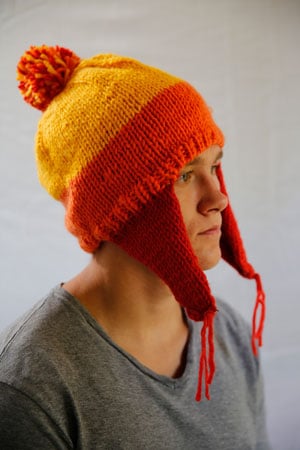 In an episode of the space-Western TV show Firefly, which aired for four months in 2002 before the Fox Broadcasting Co. canceled it, a character named Jayne Cobb got a distinctive orange and yellow ski cap from his mother. Jayne, a rambunctious tough guy, loved the cap and wore it during the episode.

Since nothing riles a fan’s passion so much as the axing of a popular TV show—1960s Star Trek fans, take note—Firefly loyalists began knitting Jayne caps and selling them on the Internet.

By 2008 a cottage industry of Jayne hatmakers had established itself on websites such as CafePress, Etsy and eBay, according to the Web news site BuzzFeed. The knitters were enjoying a thriving Internet market until an online store called ThinkGeek began selling a licensed Jayne cap in 2012. Fox followed by sending cease-and-desist messages to unauthorized Jayne hat sites.

Thus evolved another skirmish in the struggle between fan artists—who display their adoration of popular TV shows, movies, video games and comics by creating their own works of art—and corporations, which control the intellectual property rights of those fictional narratives.

“The bottom line is just because you are a fan doesn’t mean you are immune to an infringement claim,” says Sarah Feingold, counsel at Etsy, the online marketplace for handcrafted and vintage items.

Besides hats, fan art may be paintings, sculptures, cartoon tributes, masks or sketches. Jewelers make and sell necklaces or rings crafted to imitate jewelry worn by a famous character. Costume designers create elaborate gowns for a favorite princess. Writers pen novels developing the lives of a well-known band of heroes.

With the Internet the market has changed. Fan artists can post or sell their work online, potentially gaining worldwide exposure.

Under federal law, however, copyright owners have the right to stop fans from showing or selling art that infringes upon their protected material. But the problem, attorneys say, is that fan artists don’t understand why they can’t indulge in their favorite characters and why copyright owners are bothering them. For their part, corporations are cautious so as to avoid estranging the very consumers they have invested in.

“There are unmatched expectations,” says Chicago attorney Samuel Fifer, an intellectual property lawyer at Dentons who also practices media and entertainment law. “On the one side, you have companies that need to protect their property. On the other side, you have passionate folks demonstrating their passion by executing works of art that honor the people they love. They say, ‘This is all about love. Why are you bothering me?’ “

“In general, stopping artists from making or even selling a handful of woolen caps or knitted Batman characters doesn’t make financial sense,” says Georgetown University professor Rebecca Tushnet, who teaches intellectual property law. Lawsuits or even threatening letters could anger fans, which in turn could affect the future market for copyrighted material and any licensed or approved derivative works, she says.

Fifer describes a copyright owner’s dilemma as a “delicate balance,” adding: “On the one hand, a company has to be forceful and definite in protecting its property. On the other hand, they don’t want to be jerks about it.”

At first blush, the legal perimeters for fan art are relatively clear. Under the law, copyright holders have the sole right to derivative works based upon the original creation.

But then it gets a little more complicated, thanks to the fair-use doctrine. Whether a creative work falls under fair use is generally determined on a case-by-case basis. The four factors that govern fair use are the purpose of the use, the nature of the copyrighted work, the amount taken and the effect of the use upon the potential market. Fan art parodies of an original work often fall under the scope of fair use. 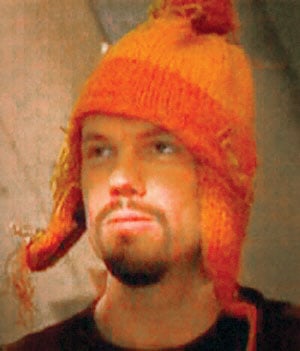 In general, most copyright skirmishes over fan art resolve long before a courtroom battle.

“Most of the times, these cases end up getting resolved off the grid,” Fifer says. “Sometimes fan artists abandon their work. Other times they find ways to work around the issue, such as taking out certain words when describing their product that link it to the original art.”

With little precedent on the topic, artists are left with minimal guidance as to the boundaries of fair use.

“Fan art has long lived in a kind of limbo,” says Tushnet. “There are some fan works that are very clearly fair use. And then there is fan art that isn’t clearly fair use, but that nobody wants to fight over.”

Fan artists often argue that their work, while using copyrighted art, transcends or transforms the original. But in the few cases that land in court, judges weigh carefully the amount of material taken from the original,

In 2008, for example, Warner Bros. Entertainment, the company that produces the Harry Potter movies, and author J.K. Rowling won a case over an unauthorized “Harry Potter Lexicon” that was designed to help fans understand the different characters, terminology, historical references and magical spells from the series.

Judge Robert P. Patterson Jr. of the U.S. District Court for the Southern District of New York found that Steven Jan Vander Ark, the author of the lexicon, copied too much of the original Harry Potter books. Thus, Patterson explained, the lexicon did not constitute fair use. Vander Ark later published a modified version of the lexicon.

Ruth Carter, an attorney in the Phoenix office of Venjuris, a firm focusing on IP issues, speaks every year to artists at the local comic fan convention. Carter tells aspiring and already established cartoonists that “there is no mathematical equation that will give them a definitive answer about whether what they want to do is legal or not.”

Carter explains that the more money the artist is making from the fan art, the more likely a copyright holder would be able to show that the fan art is affecting or could affect the current and potential market for the copyrighted work and its derivatives.

“The effect on the potential market—that is really the needle mover in the fair-use calculus,” says Fifer. “If I just execute a portrait of Darth Vader and I exhibit it or sell it, what’s the real harm there? But if I turn it into a lithograph and make 50,000 copies, that’s a different story.”

Second, she says, do your research. “Look at the history of the copyright holder: Does he or she have a record of going after people who make fan art?”

Feingold says some brands offer licenses for people who want to create fan art, and they sometimes publish information about the limits of fan art.

Feingold also suggests to fan artists: “Make it clear that your art is not specifically affiliated with any sort of brand.”

Fan artists who receive notice that they are infringing upon another’s copyrighted material generally choose not to engage in a legal battle, intellectual property lawyers say.

But, Tushnet adds, a long, drawn-out courtroom battle will likely happen at some point over fan art.

This article originally appeared in the August 2015 issue of the ABA Journal with this headline: “Spinning the Fans: Devotees are churning out artworks, while wary companies are cracking down.”