'We had to talk to the debtors to get smart' 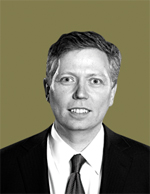 It was Wednesday, Sept. 17, and Dennis J. Dunne had a beauty contest to lead on only one hour’s notice.

He and fellow partners at Milbank, Tweed, Hadley & McCloy in Manhattan had been fashioning their pitch to the Lehman Brothers creditors committee since Monday, when the global financial services firm filed for Chapter 11 bankruptcy protection.

Indeed, Dunne had attended a meeting for the creditors Monday evening at the Helmsley Park Lane Hotel. “I saw a lot of people I knew there from the bankruptcy bar,” says Dunne, whose Chapter 11 work includes the representation of Dairy Mart Con­venience Stores, HomePlace Stores, and Sun TV and Appliances Inc.

Such meetings are routine in large bankruptcy filings, and lawyers like Dunne like to show up to be seen and to get their firms on the attendance list. The creditors committee gets a copy of the list, and members decide who will be asked to make pitches for their legal business—the beauty contest.

But there was nothing routine about the Lehman Brothers matter.

The day after the bankruptcy filing, Barclays announced a plan to acquire Lehman’s North American assets, and suddenly the pace was ramped up to one bankruptcy lawyers had never previously seen.

Usually it takes about two weeks to name a creditors committee from a questionnaire that is sent to unsecured creditors by a trustee working out of the U.S. Department of Justice. But in this case committee members were selected by Wednesday morning—as Lehman Brothers filed an emergency motion in the U.S. Bankruptcy Court for the Southern District of New York seeking approval for the Barclays deal.

“They were seeking to sell it on only two days’no­tice,” Dunne says. “You usually have 20 days’ notice or more.”

At 11:30 a.m. Dunne got the call. It took him and five other partners about 30 minutes to gather ma­terials. They left their Financial District offices and headed for the Red Line 203 to a Midtown law office where Lehman’s creditors committee representatives waited.

The subway was picked to avoid traffic, Dunne says. He and his colleagues spent the 20-minute ride going over who would say what and how they would sell the firm by its previous work.

“I’d be exaggerating to say we had all our materials ready well in advance of the pitch,” Dunne says.

In most bankruptcy filings, lawyers orchestrating beauty contests have financing and employee court mo­tions to follow, which give a good sense of what the case needs for the short term.

“Here, few things were filed,” Dunne adds. “We were extrapolating what we knew about Lehman from other public filings, as well as our experience on other cases.”

The Milbank Tweed lawyers decided to focus on their previous experience. As lawyers for the creditors committee in Enron’s 2001 bankruptcy filing, they argued, the firm knew how to hit the ground running in a large, high-profile insolvency case.

The partners also had a prior relationship with the law firm that was representing Lehman Brothers—Weil, Gotshal & Manges. In the Enron bankruptcy, the firm had served as debtor’s counsel.

Contestants waited at the beauty pageant site, the offices of Covington & Burling. The firm represents one of the creditors committee co-chairs.

“You’re happy and grateful you got the business,” Dunne says, “and you also realize this will be a ton of work—and you know exactly what you will be doing for the next several months.”

The work started immediately. Later that afternoon, Dunne was in the courtroom of U.S. Bankruptcy Judge James M. Peck. Lehman Brothers had filed a motion to set bid procedures, and Dunne went to ask the judge for more time. His request was denied.

“We had to talk to the debtors to get smart,” Dunne says. “And we were trying to learn exactly what the pressure was for the timing drivers.”

On Saturday, Sept. 20, Judge Peck approved the transaction. Barclays would acquire a portion of Leh­man Brothers, including most of its North American assets, for $1.75 billion. Additionally, the court ap­pointed KPMG China as the provisional liquidators of Lehman’s Hong Kong units.

Just as Dunne predicted, Milbank Tweed’s work for the creditors committee continues, although the team recently lost a member, senior partner Luc A. Despins. A leading financial restructuring attorney, he announced in October that he was leaving to join Paul, Hastings, Janofsky & Walker as chairman of the global restructuring practice.